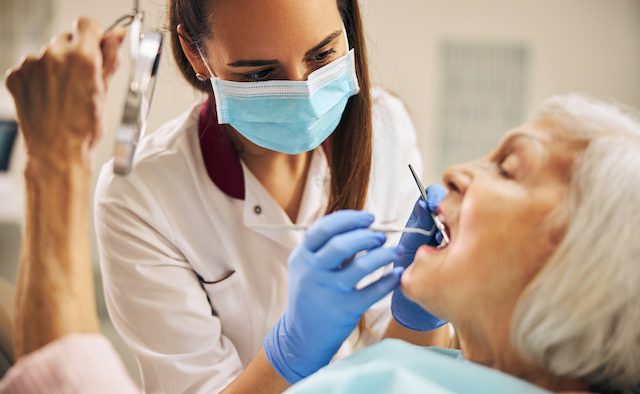 We round up this month’s top news stories on Parkinson’s disease from around the world – including a study on the genetics of the condition in Latinxs, and a report exploring Parkinson’s therapies currently in clinical trials

Gum disease may be linked to increased risk of Parkinson’s

Researchers in South Korea have found that periodontitis, or gum disease, may increase the risk of Parkinson’s disease.

As part of the study, the researchers used a population-based database to analyse data from 6,825,684 people over a period of eight years. The results showed that those with mild periodontitis had a 7.6% to 9.5% higher risk of developing Parkinson’s disease.

The link between periodontitis and Parkinson’s persisted even after the researchers factored in key health and lifestyle factors such as age, sex, BMI, level of income, other medical conditions and smoking, drinking and exercise habits. People with periodontitis and metabolic syndrome – a combination of diabetes, high blood pressure and obesity – were found to have a 16.7% higher risk of Parkinson’s than those without the two conditions.

Reflecting on these results, the study authors concluded: “Treatment and prevention of periodontal diseases may benefit systemic health.”

Clinical trial launches to improve delivery of a Parkinson’s drug

A clinical trial in Luxembourg, Italy and Spain will test a new delivery system for levodopa, a common Parkinson’s medication that restores dopamine levels.

The medication is currently available to take orally; however, some people report experiencing a worsening of symptoms between doses. It can also be administered continuously through invasive surgery.

Now, pharmaceutical company SynAgile is developing the DopaFuse delivery system, a new mechanism to deliver the medication and reduce its side effects. It features a dental retainer that continuously releases the medication as a paste in the back of the user’s mouth. The upcoming trial will recruit 30 people with Parkinson’s disease to test the treatment.

“Given the side effects of the current levodopa delivery systems,” said Dr Guy Berchem, deputy director of research at the Centre Hospitalier de Luxembourg, “an alternative method to administer the treatment continuously and in a non-invasive manner while minimising motor side effects remains an important unmet medical need in the treatment of Parkinson’s disease.”

A new report, created by researchers at Cure Parkinson’s and the Michael J Fox Foundation, provides an overview of Parkinson’s therapies in clinical trials from 2020 to 2021.

Despite the unique challenges presented for the research community during the Covid-19 pandemic, the report shows that clinical trial activity did not fall significantly compared to the previous year.

Dr Simon Stott, deputy director of research at Cure Parkinson’s and co-author of the report, said: “The main take away from the analysis is that there is a very rich pipeline of novel therapies being developed for Parkinson’s – which is extremely encouraging considering the difficulties Parkinson’s research has faced over the last 12 months. A lot of very different approaches are now being clinically tested in Parkinson’s.”

The authors hope the report will help to increase awareness and involvement in the clinical trial process – and inspire research collaboration.

Genetic factors can increase a person’s risk of developing Parkinson’s disease; however, there has been little research about the genetics of the condition in Latinxs.

To address this lack of diversity, an international research team conducted a study of Latinxs living with Parkinson’s disease in South America. After collecting the genetic data of 1,497 people, 807 with Parkinson’s and 690 without, the researchers conducted a genome-wide association study – which involves looking for genetic variants that are commonly present in people with Parkinson’s.

The results showed that variations in the gene SNCA – which is involved in the production of alpha-synuclein, a protein linked to the condition – were associated with Parkinson’s risk in Latinxs. Further analysis indicated that Latinxs with African ancestry were less likely to develop Parkinson’s.

“Parkinson’s disease is a global disease,” said Ignacio Mata, assistant staff in the Genomic Medicine Institute and lead author of the study, “so it is crucial that genetic studies reflect the wide diversity of patients with Parkinson’s disease.”

Could low frequency DBS improve gait in people with Parkinson’s?

Deep brain stimulation (DBS) is a surgical procedure in which electrodes are implanted inside the brain to help ease symptoms of the condition. However, for some people, standard DBS treatment can lead to postural instability – which can cause trouble with balance while walking.

In a recent small clinical trial, researchers in Australia assessed whether low-frequency DBS could help improve balance problems in people with Parkinson’s. The team reported findings for 14 participants who were treated with both standard high-frequency DBS and low-frequency DBS. After each treatment, the participants took part in walking assessments while wearing specialised sensors.

Using the data collected from these sensors, the team analysed the participants’ walking ability and found that low-frequency DBS led to significant improvements in rhythmic movements compared to high-frequency stimulation.

“These findings provide evidence for the potential utility of low-frequency [DBS] stimulation parameters for post-operative patients who experience gait complications,” the researchers wrote. But, they added: “It is noteworthy that the low-frequency stimulation strategy was not tolerated by all participants and, in some cases, the gait improvements came at the cost of a re-emergence of tremor.”

Parkinson’s disease symptoms and medications can cause dental health prob