At this weird time, I’m looking for the positives in Parkinson’s 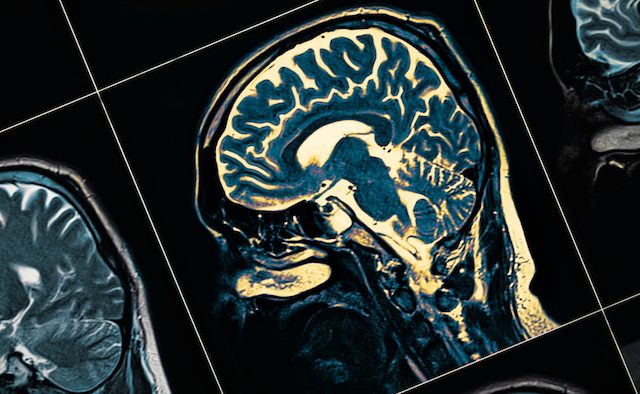 Ozzy Osbourne, lead singer of UK heavy metal band Black Sabbath – who revealed his Parkinson’s diagnosis earlier this year – has pledged to donate 10% of the profits from his tour merchandise to The Michael J. Fox Foundation for Parkinson’s research.

He shared the news on Twitter in support of Parkinson’s Awareness Month, which is celebrated globally every April. Osbourne had previously cancelled his 2020 tour plans to undergo Parkinson’s treatment in Switzerland, but has had to abandon the trip following the coronavirus outbreak.

Paul Mayhew-Archer on living with Parkinson’s and Covid-19

British comedy writer Paul Mayhew-Archer has been offering his light-hearted perspective of life with Parkinson’s during the current pandemic.

“At this weird time, I’m looking for the positives in Parkinson’s. For instance, I read reports that some people stuck at home are finding it difficult to fill their days. That is not a problem for those of us with Parkinson’s,” he said. “By the time I’ve washed and shaved and done my teeth and got dressed, it’s time for supper and then bed.”

Mayhew-Archer is known for co-writing the BBC sitcoms The Vicar of Dibley and My Hero – and his BBC documentary ‘Parkinson’s: The Funny Side’. He was diagnosed with Parkinson’s in 2011, and has since become a Parkinson’s campaigner.

The Virtual Panel will feature experts in fields like nursing and neurology, and will offer advice to those caring for someone with Parkinson’s on topics including medication management, mental health and wellness.

Elaine Book, WPC Care Partner Lounge creator, said: “I am pleased we can bring the community together virtually in this way to highlight care partner challenges and reach and support an even broader audience.”

Learn more and register for the sessions here.

A new study contends that differences in gene expression between the brain’s hemispheres may explain why one side of the body often shows more pronounced Parkinson’s symptoms.

While it is already known that asymmetries in the brain cause neurons in one hemisphere to be more susceptible to degeneration than those in the other, researchers from the Van Andel Institute, US, and Michigan State University, US, suggest they have found the reason why.

The team examined neurons isolated from the left or right hemisphere from 57 people with Parkinson’s and 48 healthy controls. They found that in people with the condition, the brain hemisphere with the most epigenetic abnormalities – meaning the unusual switching ‘on’ and ‘off’ of genes – matched the side of the body with greater symptoms.

Dr Viviane Labrie, the study’s lead author, said: “There is huge potential to translate these findings into new therapeutic strategies.”

Researchers at Karolinska Institutet in Sweden are investigating why exercise is beneficial for people with Parkinson’s, which they believe may be linked to physical changes within the brain. The pilot study investigated the effects of the HiBalance training programme on 13 patients with mild to moderate Parkinson’s.

After satisfying certain feasibility criteria, the pilot was followed up by a larger trial which concluded in December. The study has proven its feasibility of testing to qualify for a larger and more rigorous clinical trial.

Other studies have been conducted into this topic but have struggled to transition into larger trials due to their complex designs. The pilot in Sweden was able to prove that it could recruit enough people, ensure its participants’ compliance, and confirm the appropriate collection of data.

At this weird time, I’m looking for the positives in Parkinson’s