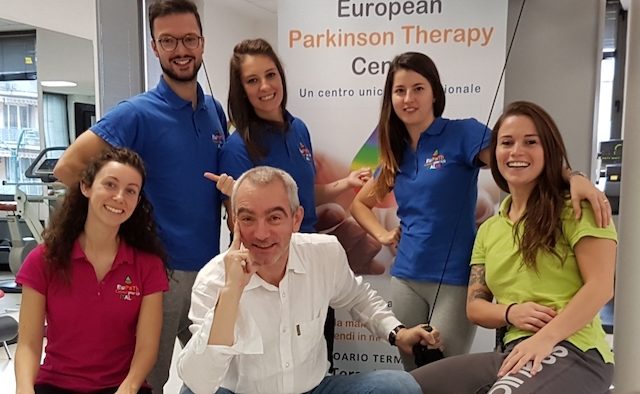 Alexander Reed, founder of the European Parkinson Therapy Centre, tells us why he thinks the treatment system in Italy needs to radically change, how people with Parkinson’s have been impacted by the outbreak of coronavirus – and why it’s important to take extra care at this time

When I was diagnosed with Parkinson’s twelve years ago, I realised that the treatment system for people with the condition in Italy was obsolete, degrading and ignored the latest research.

After reading an article that concluded that the quality of life of a person with Parkinson’s is directly related to their mood, I reached out to some leading experts in the UK and US to discover the truth about Parkinson’s. I found out that the system is drug-fixated and devoid of many essential facts.

With their knowledge and help, I opened the European Parkinson Therapy Centre which focuses on radically changing Parkinson’s treatment system in Europe, changing attitudes and rebuilding lives and families.

Today it has over 25 members of staff, attracting not just Italians but people from over 45 countries worldwide. The success of the organisation is down to the professionalism of the staff, alongside my own dedicated approach, translated into a scientifically backed programme that connects people and brings about change.

How coronavirus has affected us

When coronavirus broke out in Europe, Italy was the hardest hit nation. We immediately took the decision to close the centre as we have many elderly patients. Four of my staff were infected, including my daughter, and all were placed in isolation in their homes.

For people with Parkinson’s who are elderly, pneumonia is a fear and the virus can affect respiration. We sent out an email to 8,000 people with the condition asking them to take extra care. They are generally being helped by family member and have taken the stay at home message seriously. I’ve also received many calls about exercise and I think it’s essential that we continue to dedicate time to exercise at home.

Am I afraid of coronavirus? It takes me one hour to get dressed each morning with Parkinson’s. Like living with Parkinson’s, you have to adapt – but by strangling movement, the government has strangled the economy. When we come out of this, the economic damage may well be worse than the virus.

People are beginning to notice us

The European Parkinson Centre was at first ignored by the Italian establishment, but after clients were leaving our centre with improved walking, positivity and general education surrounding Parkinson’s – the Government and healthcare professionals began to notice us.

This led to support from organisations and personalities in Parkinson’s community but hospital-based rehabilitation centres were still against us. The centre has received no government funding, as people still believe that Parkinson’s is an old man’s disease, so they don’t seem to care.

We decided that if the government were not going to make any changes, then our organisation would build alliances and invest EUR €250,000 into a new centre called The European Parkinson Training Centre. Opening in less than two months, it will train healthcare professionals on how to treat people with Parkinson’s and their families. We’re also building a database of progressive Parkinson’s specialists which will be made public within two years and allow people to search for the nearest healthcare professional using simply their postcode.

Our centre has also worked alongside many global organisations including Parkinson’s Europe on various research projects – as well as Parkinson’s UK to set up a national early intervention programme called ‘First Steps’.

“The world needs to pull together”

Many people are locked into a mentality of “it is not my problem”, which makes it extremely difficult to raise awareness and funds.

Italy needs to open up to the world and the world needs to pull together so we can achieve earlier intervention and build a better future for Parkinson’s community.

Any views or opinions represented in this article are personal and belong solely to the author and do not represent those of Parkinson’s Life or Parkinson’s Europe.