Play five-a-side with your friends or join a local club, it could transform your life.

The road to Copenhagen: The UK Parkinson’s Football Team 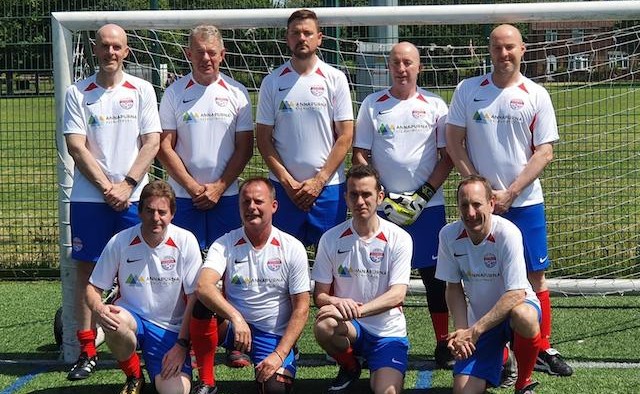 This month, The UK Parkinson’s Football Team will compete for the first time at The Ray Kennedy Cup – an international competition for teams with Parkinson’s.

We speak to team captain Charlie Appleyard (pictured centre, back row) about the team’s formation, training with the club he’s supported all his life – and explaining the complexities of Parkinson’s to his young children

“Trust me when I tell you that playing football is really good for Parkinson’s. When you’re on the pitch you’re just concentrating on the ball, you don’t even notice your symptoms.”

Charlie Appleyard talks with the grit, passion and determination you’ll find in any driven athlete, qualities he’ll need in abundance when he captains the UK Parkinson’s Football Team at The Ray Kennedy Cup in Copenhagen, Denmark, next week.

“People assume that because you’ve got Parkinson’s you can’t play football but that’s just not true at all,” explains Charlie. “Last week we played in a tournament with regular teams and I think they thought they were going to beat us 10-0. We lost one game narrowly, and came away with two draws and a win.” 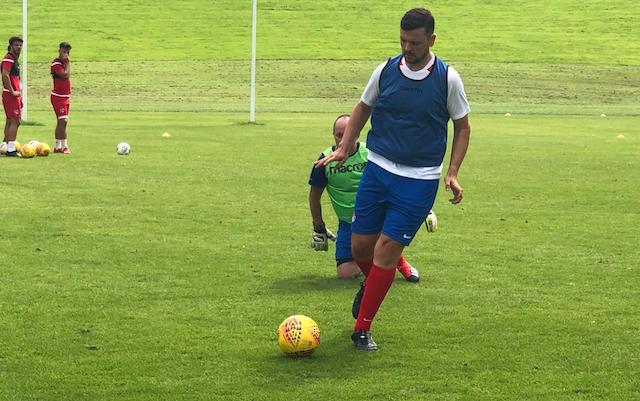 Charlie training ahead to The Ray Kennedy Cup

Charlie was diagnosed with young onset Parkinson’s three years ago, at the age of 39. Like so many others, he was shocked by the news – he knew little about the condition and had no family history of it.

“I went to the doctor with a recurring shoulder pain, and within two weeks I’d been diagnosed with Parkinson’s. It was that quick.

“There were no obvious giveaway signs, but looking back I think I first started experiencing symptoms a couple of years before. My walking felt funny, and I was moving quite slowly.”

For Charlie, it was important to be open about his Parkinson’s. It wasn’t something he was prepared to shy away from – and he didn’t see the value in hiding his condition from others around him.

“I told people straight away for two reasons. One, if we’re going to find a cure and make a difference then we need to be open about it. And two, I was sick to death of people asking me what was wrong.”

The road to Copenhagen

Charlie was first introduced to the idea of a UK team by his friend TV presenter and Parkinson’s advocate Dave Clark.

“The idea had been pitched to Dave by a member of our team, Sam, but he didn’t have the time due to work commitments. So he sent it my way.

“As a football fan, naturally it’s something that excited me so I sent out a couple of tweets seeing if anyone else was keen. We’ve now got 11 players, and 14 reserves.” 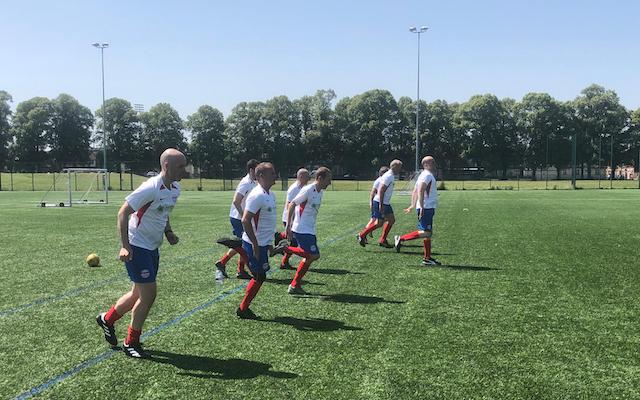 As well as competing for the trophy, Charlie and the team are also raising vital funds for The Cure Parkinson’s Trust – a UK charity who Charlie is an ambassador for.

Assembling a football team made up of players from all corners of the UK is one thing, but the bigger challenge facing Charlie was a financial one. “In order to raise money for The Cure Parkinson’s Trust, and to pay for travel, accommodation and equipment, we needed to find around UK £50,000 through sponsorship and donations. We’re almost there.”

The idea has clearly captured imagination, with a number of high-profile pledges from the likes of jockey Sir Anthony Peter McCoy, singer Ronan Keating and comedian Rory Bremner. The team also appeared on UK TV show Soccer AM, and featured on TV channel Sky Sports.

However, such media attention presented Charlie with other complications, such as explaining his condition to his young children, who he worried may struggle to understand the complexities of Parkinson’s.

“My kids were three-and-a-half and one when I was first diagnosed, so I obviously couldn’t tell them then. But in the last few weeks I’ve been all over the TV and radio talking about our team.

We will not let #parkinsons beat us

“I also coach my son’s football team and I think there had been a couple of comments about my symptoms from the other kids, so this felt like the right time. I just told them that daddy’s brain works a little slower than other peoples. And they were fine with it”

The most exciting development of all, however, was the support he received from Morecambe F.C. – his boyhood club who he’s followed all of his life.

“Morecambe has been absolutely brilliant,” says Charlie. “We were invited to train with the first team and had a team photo with them. It was like a dream.”

The best was yet to come though, as at a subsequent board meeting Morecambe announced that The Cure Parkinson’s Trust would be their official charity partner for the season – meaning they’d be actively raising funds for Parkinson’s on all match days and official Parkinson’s events. 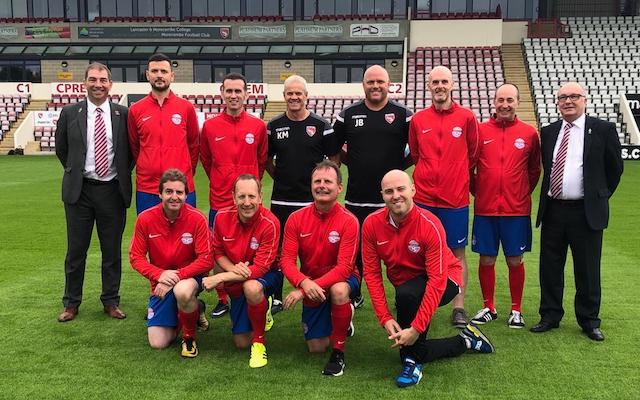 The UK Parkinson’s Football Team with members of Morecambe F.C.

With The Ray Kennedy Cup just over a week away, Charlie’s naturally set his sights on bringing home the trophy. But there’s a much bigger picture, something that goes further than success on the pitch.

“Of course we want to win, but the main aims are to raise vital funds and awareness about Parkinson’s. We want people living with the condition to realise how important exercise is. Play five-a-side with your friends or join a local club, it could transform your life.

“This is a long-term project for us. We’ve already spoken to other teams around the world and have plans to host our own tournament. We’re all in it together, and we want to start a global footballing movement.”

Play five-a-side with your friends or join a local club, it could transform your life.

Three Parkinson’s books to watch out for in 2020

We handpick the most anticipated Parkinson’s reads this year