Mags came over and asked my dad if he likes to sing. He actually started crying, and now he goes to the choir every single week. 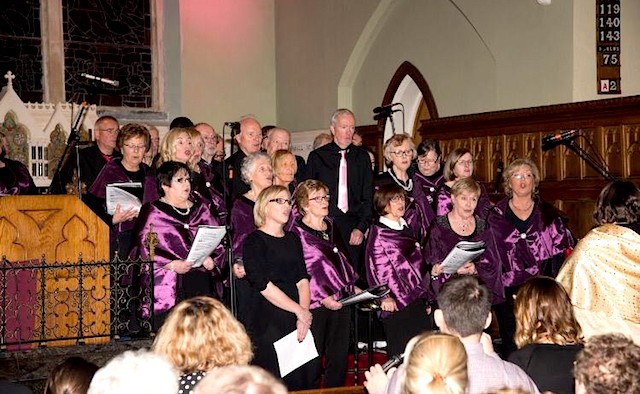 We spoke to the founder Mags Mullarney and volunteer Kate Gray about Parkinson’s being the “elephant in the room”, getting into the Christmas spirit ­– and how the holiday period can be difficult for people living with the condition

Mags: We empower, inspire and educate people with Parkinson’s in Dublin, Ireland to have a better quality of life. It’s as simple as that.

What inspired you to start Move4Parkinson’s?

Mags: I was diagnosed with Parkinson’s in January 2004 aged 47. At the time, I just thought it was an old person’s disease and that everybody shook.

I found that there was very little for people with Parkinson’s in Ireland and I did some research and discovered that exercise was really important. So, I got a personal trainer and started to work hard on my body.

I then decided to set up a blog called ‘Move4Parkinson’s’ and took part in the Dublin marathon in 2011. I won the inaugural Lord Mayor’s medal for the work I’d done, and I used the publicity to set up the Move4Parkinson’s organisation in November 2011.

It was after that we decided to launch our own choir, as people with Parkinson’s can have a lot of problems with their voices. We’re called ‘Voices of Hope’.

It’s been amazing, in 2013 our rendition of ‘Something inside so strong’ made it to number one in the Irish charts. We still sing it to this day. 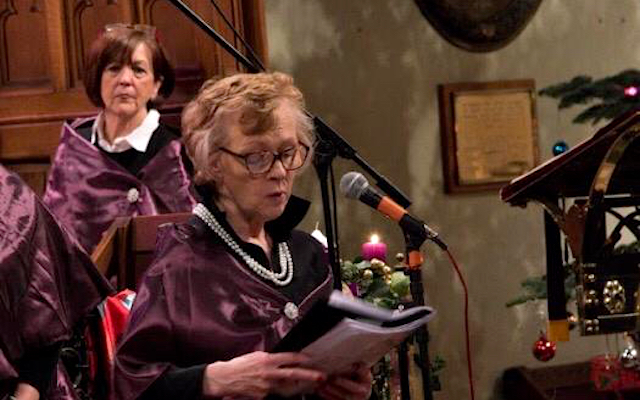 Mags Mullarney performing with the Voices of Hope choir.

Kate, how did you discover Move4Parkinson’s?

Kate: I’m a teacher in Dublin and seven years ago, my dad was diagnosed with Parkinson’s. It came completely out of the blue. I remember sitting at the kitchen table and my parents telling me that the doctor thought he had Parkinson’s and that he needed further tests. The following week a neurologist confirmed that it was Parkinson’s. For about a year and a half, nobody spoke about it. It was the elephant in the room.

Everything that I’d read, seen and researched was negative and depressing – there didn’t seem to be very much hope. We were very worried as to how we would get through it, and how we would support my dad in the best way possible.

I stumbled across a documentary one evening called ‘Living with Parkinson’s’. It was all about the charity Move4Parkinson’s which had choirs and set dancing classes. For the first time, I saw hope, positivity and a sense of community.

We’re a very musical family so I thought maybe I can take my dad to the choir. He said he didn’t want to go at first but changed his mind so we headed down.

My parents sat in silence the whole way there. When we went in, Mags came over asked my dad if he likes to sing. He actually started crying, and now he goes to the choir every single week.

After we joined, I decided to run an intergenerational concert with the children from my school and the Move4Parkinson’s choir. We did our first concert in November four years ago – and this month we did our fourth concert. We invited all the choir members down to the school and the children ran a social morning of different activities. There was arts and crafts, cookie decoration, magic and makeovers. We wanted to forge a stronger bond between the children and the choir members. Our choir concert completely sold out – it was a magical experience.

How does singing help people with Parkinson’s?

Kate: For the first time, about two weeks ago, my dad told me he doesn’t know where he would be if he hadn’t joined the choir.

It helps for two reasons. First of all, their physical voices can go – the Dublin choir is run by a speech and language therapist which helps them a lot.

Secondly, the symptoms are so unpredictable that it sometimes keeps people at home and out of society. Singing can help give people with Parkinson’s their voice back in society and give them a sense that they’re not alone.

It’s only been a positive experience for my family.

Mags: Your voice box is a muscle and exercise will improve it. So, people with Parkinson’s can improve their voices by singing which is fantastic because it’s very fun. The choir also gives people a sense of community.

What’s your favourite Christmas song to sing with the choir?

Mags: One of my favourites is ‘Silent night’ – but ours is very different to the original! A non-Christmas song to sing with the choir would be ‘Something inside so strong’ or a ‘Bridge over troubled water’. We sing songs that give us a purpose and that’s really important.

Kate: We do a pretty nice rendition of ‘Silent night’. This year the men did Elvis Presley’s ‘Blue Christmas’ so I think my dad enjoyed that one.

Do you think Christmas can be a particularly difficult time of year for people living with Parkinson’s?

Mags: Christmas can be a particularly difficult time because Parkinson’s doesn’t know when it’s Christmas. The symptoms and the management of it are the same and it can be a difficult time. How you approach it is really important. We’ve got lots of things coming up for Christmas which is great.

Kate: It’s not the easiest time for a lot of people, but in the run up to Christmas we have so many different events that the choir participate in. This December, we’re busking in the local pub and at a shopping centre, singing at the Guinness Storehouse and travelling to County Cork to appear on TV with the children and the choir.

Do you have any tips for the festive season for people with Parkinson’s?

Mags: Continue to maintain your routine, get out and exercise, don’t be too hard on yourself, love – and have a bit of fun. 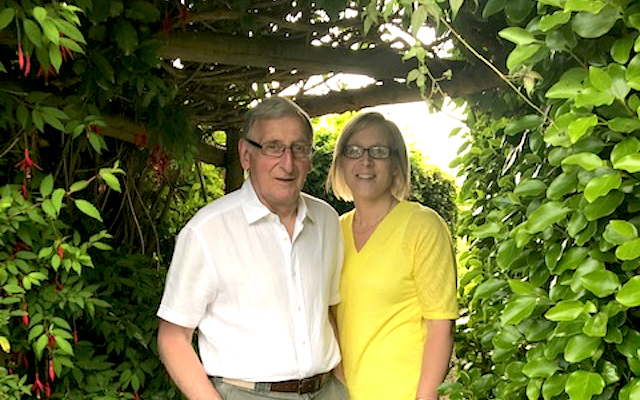 Voices of Hope members Kate Gray and her dad.

Mags came over and asked my dad if he likes to sing. He actually started crying, and now he goes to the choir every single week.

Beating ‘burnout’: nine ways to stay positive when caring for your partner

Caring for your partner can be challenging, but it doesn't have to be a bur