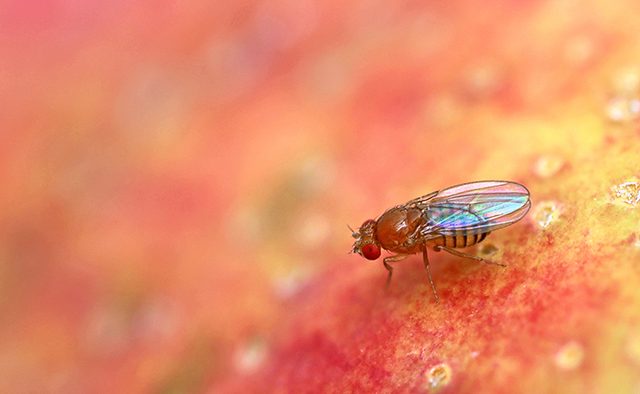 In a recent study, researchers at the University of Bonn, Germany, investigated fruit flies to learn more about a protein known as Creld – and found it may play an important role in Parkinson’s.

A previous study at the university indicated that the protein is involved in the development of the heart in mammals, but now, said University of Bonn lecturer Dr Margret Helene Bülow: “We wanted to find out exactly what the protein does.”

To learn more about Creld’s properties, the team genetically modified fruit flies so that they were unable to produce the protein. The study revealed that this led to signs of slowed heart rate and severe motor disorders in the flies, signalling energy deficiency.

In a press release, Dr Nicole Kucharowski, one of the key contributors to the study, said: “Creld may play an important part not only in impaired heart function but also in Parkinson’s.”

The researchers made a link between this deficiency and the cell’s energy source: the mitochondria, which transforms food into the energy needed for the cell to carry out its function of sending signals between cells and clearing away old cells.

Impaired mitochondria can lead to the death of nerve cells still needed for motor function, which can, in turn, lead to symptoms of Parkinson’s.

This, however, posed another question: what is the link between Creld and the mitochondria?

To investigate this question, the researchers turned to pesticides – using prior knowledge that rotenone, an ingredient used in pesticides that has been linked to Parkinson’s onset, may cause similar problems with mitochondrial function.

They administered small amounts of rotenone to healthy fruit flies and found that these flies displayed motor symptoms similar to those that did not produce Creld.

Rotenone is thought to cause cell damage by inhibiting the mitochondria’s energy production. The researchers noted similarities between the impact of rotenone and a lack of Creld, revealing that the protein may play an essential role in increasing energy function in cells.

The researchers concluded that Parkinson’s might therefore be linked to a chronic undersupply of energy due to a lack of Creld. “The findings of a recent analysis are consistent with this,” said Dr Nicole Kucharowski. “It suggests that Creld production is often reduced in [people with] Parkinson’s.”