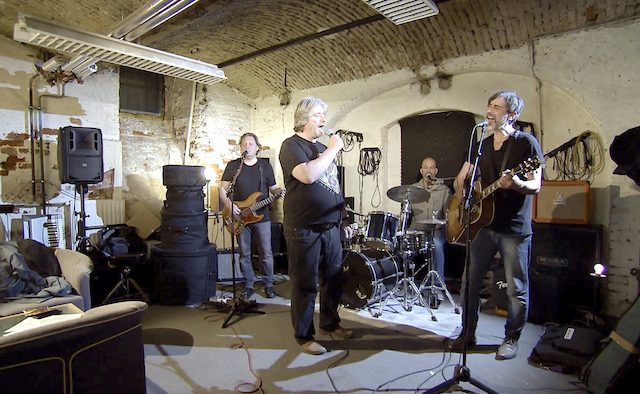 Artist, producer and writer Gerald Ganglbauer is using music to campaign for people with Parkinson’s. He shares the story behind the latest music produced by his organisation, Parkinsong – and why he’s determined to be “honest” about the condition

Tell us about yourself and your experience of Parkinson’s disease.

The shortest answer to this question is that I’m an Austrian and Australian artist, producer and writer.

I was publisher and editor-in-chief of Gangan Verlag, a small independent press that I founded back in 1984 in Graz, Austria. In 2006, aged 48, my GP referred me to a neurologist, after I’d told him of all my weird little symptoms. He suspected Parkinson’s – and he was right.

No one but a fellow person with Parkinson’s knows what it’s really like when I call living with Parkinson’s ‘s***’. Words are just not good enough to describe the entropy within my body which slowly turns it into a jailhouse for my mind.

This diagnosis had given me a life sentence with a disability support pension. As a bonus, I didn’t need to worry about making a living any more. I could do anything I ever wanted without commercial constrains – perfect for running non-profit organisations like my label Parkinsong Music, or taking on the role of freelance journalist, music critic, book writer, executive producer and even rock star.

How have music and creativity been important to your experience of Parkinson’s?

There are three sides to the “Parkinson’s experience”, with social, political and creative components. When it comes to music and creative writing, these have definitely been important. They are my toolkit to communicate and educate the public, to deliver content in a nice literary or musical way. Higher numbers of listeners and readers can help to put more pressure on lobby groups, and bring about change.

Although there are clinical tests underway to find out if creativity and Parkinson’s are connected in some ways, I don’t think they are. When you start writing or painting after you’ve been diagnosed, like me, there are no benchmarks to compare it to what it would have been like before.

Perhaps you could look at someone who painted before diagnosis and compare it with their present work, but I don’t think they will have any difference in creativity. Different themes, perhaps. Keep in mind that art is difficult to judge anyway. 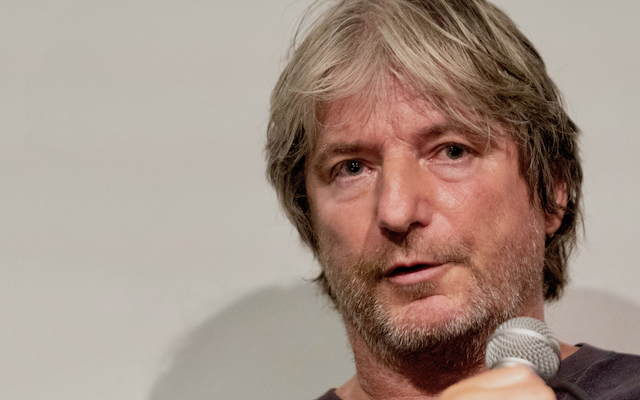 Tell us about your music organisation, Parkinsong.

The late Tom Isaacs inspired me with his performance of ‘The Sound of Parkinson’, a version of ‘The Sound of Music’ in his own words, at the 2016 World Parkinson’s Congress in Portland, US. It gave me the idea that a person with Parkinson’s performing a duet with a rock star on their side could even gain more attention.

I recorded Tom’s ‘Sound of Parkinson’ live, and a year later published the tune as one of a dozen songs on my first album, ‘Parkinsong Duets’. The album was a success, earning €10,000 and receiving extensive coverage online, in the press and on television. Even the online concert received donations. The album has resulted so far in 13 – and still counting – travel grants to the World Parkinson Congress in Barcelona, Spain, now postponed to 2023.

What motivated you to take on the role of president of Parkinsonline (PON) Austria?

Many years ago, I joined an Austrian support group only to find their members were well over 80 years old. Convinced that there had to be at least hundreds of people with young onset Parkinson’s, I started an internet forum with a young neurologist from Vienna. Word got around in the community and soon we were the top Austrian platform for all people with Parkinson’s – but we needed a structure.

I convened a meeting. As it turned out, there were so many different opinions between representatives of the young onset groups, that we only agreed to disagree. However, a few of us put their heads together to incorporate an association and I was voted to be the first president.

That goes back 10 years ago – advocacy is more and more important, as global Parkinson’s numbers rise and much of the population is still ignorant of the condition.

Tell us about your most recent EP, ‘Parkinson Blues’.

One of Austria’s most provocative punk bands, Drahdiwaberl, lost their bandleader Stefan Weber in 2018. He’d written and performed a very honest Parkinson’s song. It would not be Stefan if his lyrics didn’t include a shock factor line: Parkinson’s made him a sex addict, and he shouted it out in pain.

I visited him in hospital before he died and promised to keep singing his ‘Parkinson Blues’ to the people. Most of the songs were recorded live in February of this year, with Austrian rock band Badhoven, at a charity gig that was livestreamed due to pandemic.

Music helps all people, not just people with Parkinson’s. But with Parkinson’s, rhythm can help you walk and singing can help you speak. And if you’ve got a song in your head, it might take your thoughts away from your pain. We hope these songs will help to raise money, pay for research awards and travel grants to the World Parkinson Congress, build awareness and empathy for Parkinson’s – and offer hope.

The feedback from listeners has been positive, because the songs tell it as negative as it is – the truth, so to speak.

Which songs are the most meaningful to you?

There are lots of Parkinson’s songs full of positive-thinking BS like “don’t worry, be happy” or “when you fall, just get up and go again”. I know them all. Stefan Weber’s ‘Parkinson Blues’ is my favourite because it’s so honest.

Another one I like a lot is ‘Park You Too’ by Eros Bresolin, a pop song on ‘Parkinsong Duets’. The lyrics tell of a road trip down to Parkytown – when he decides that he doesn’t want to head that way, he can’t turn around because it’s a one-way street.

What are your future plans for Parkinsong?

Covid-19 did some damage to the momentum, but I’ll keep going as long as my body and brain function. I plan to keep organising charity concerts with my beautiful friends from rock bands, help the global petition of the PD Avengers – and work until I drop dead.

Gerald Ganglbauer is an Austrian and Australian artist, producer and writer who was diagnosed with Parkinson’s disease in 2006. Born in Graz, Austria, he was the founder and editor-in-chief of independent press Gangan Verlag, and spent half his life in Australia before retiring from the “rat race” due to the condition. Since being diagnosed, he has served as president of the Parkinson’s association PON in Austria, and worked as a writer, executive producer, musician, non-profit organiser and Parkinson’s advocate.

To find out more about creativity and Parkinson’s disease, please visit the EPDA website.