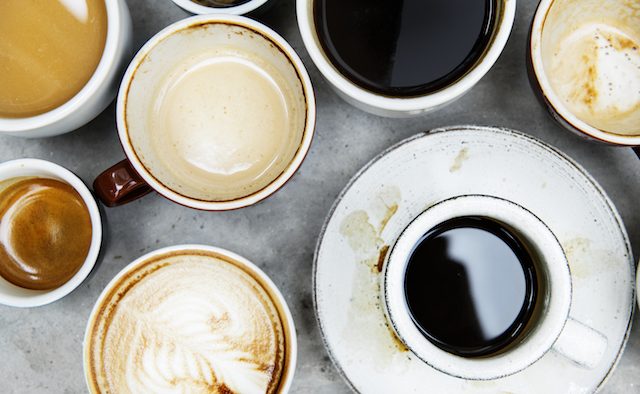 Drinking coffee may protect some people against Parkinson’s disease

Dr Grace Crotty, lead researcher of the study, said: “These results are promising and encourage future research exploring caffeine and caffeine-related therapies to lessen the chance that people with this gene develop Parkinson’s.

“It’s also possible that caffeine levels in the blood could be used as a biomarker to help identify which people with this gene will develop the disease, assuming caffeine levels remain relatively stable.”

Could a cancer anti-sickness drug treat hallucinations in Parkinson’s disease?

There are currently 145,000 people living with Parkinson’s disease in the UK ­– around 75% of whom will experience visual hallucinations at some point. A new research study will assess whether ondansetron, an anti-sickness medication commonly used for people having cancer treatment, can be used to treat visual hallucinations in people living with Parkinson’s disease.

As part of the study – funded by charity Parkinson’s UK in partnership with University College London, UK – 216 people with the condition who experience hallucinations will test the drug against a placebo. The trial comes after a recent Parkinson’s UK survey saw one in 10 people report increased hallucinations during lockdown.

Dr Arthur Roach, director of research at Parkinson’s UK, said: “It’s vital we find better treatments for people with Parkinson’s who have seen their hallucinations worsen at home and ondansetron offers much hope for them and their families.

“If successful, positive results from the trial could see this drug, which is already used in the NHS (National Health Service), quickly repurposed to become an available treatment in Parkinson’s.”

Researchers in the US have found that a skin test could accurately identify Parkinson’s disease – and help diagnose the condition earlier.

Dr Thomas Beach, co-investigator of the study, said: “The clinical diagnostic accuracy for early-stage Parkinson’s disease has been quite poor, only around 50-70%. And since clinical trials really need to be done at an early stage to avoid further brain damage, they have been critically hampered because they have been including large percentages of people who may not actually have the disease.

“Improving clinical diagnostic accuracy is, in my view, the very first thing we need to do in order to find new useful treatments for Parkinson’s disease.”

People with Parkinson’s disease experience a change in their ability to walk – known as parkinsonian gait – as the condition progresses. A new investigation by researchers in France aimed to identify factors that can increase risk of falling in people with parkinsonian gait.

They assessed 79 elderly people, who could walk at least 10 metres without assistance. Half of the participants had Parkinson’s and half had parkinsonian syndrome, vascular parkinsonism or Lewy body dementia. The researchers evaluated patients’ motor and non-motor symptoms, conducting interviews to identify falls, traumatic falls, changes in walking abilities and cognitive skills, hospitalisation or death.

In the first year of assessment, 536 falls were recorded in total. A history of falls, hallucinations and cognitive problems were all found to be factors that could predict the risk of falling in people with parkinsonian gait – and could “provide a tracking tool for patient management”, the researchers concluded.

Scientists in the Netherlands have found that a species of bacteria in the small intestine – called clostridium sporogenes – can convert Parkinson’s disease medication levodopa into a chemical that lowers gastrointestinal mobility. This process could worsen constipation, a common symptom in people living with Parkinson’s.

After running tests on the bacteria, small intestines from mice, and stool samples from people with and without Parkinson’s, the scientists found that this process could explain why gut transit is slower in those with the condition.

They concluded: “Overall, this study underpins the importance of the metabolic pathways of the gut microbiome involved in drug metabolism not only to preserve drug effectiveness, but also to avoid potential side effects of bacterial breakdown products of the unabsorbed residue of medication.”

From 500-mile walks to international tours