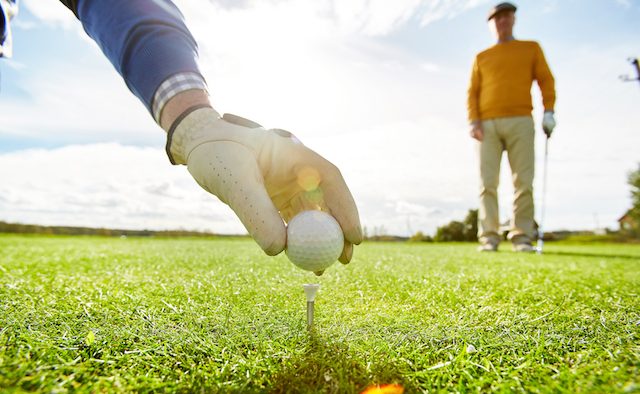 We round up this month’s top news stories about Parkinson’s disease – from a study on how sesame seed husks may help Parkinson’s symptoms, to the benefits of golf for people living with the condition

Should people with Parkinson’s disease take a swing at golf?

Researchers in Boston, US, have found that playing golf may improve balance and mobility in people with Parkinson’s disease – even more so than tai chi, a “gold standard” in supporting balance.

As part of the study, the researchers invited 20 people with ‘moderate’ Parkinson’s disease to a randomised trial.

For 10 weeks, the participants were offered two hour-long classes per week in either golf or tai chi. To compare the effects of the two sports on mobility and balance, the researchers evaluated the participants at the start and end of the study.

In one test measuring balance and walking ability, participants stood up from a chair, walked a short distance, and returned to sit back down. The participants who had played golf completed the test 0.96 seconds faster at the end of the study, while those who had practiced tai chi were 0.33 seconds slower.

Dr Anne-Marie A Wills, the study author, said the results were “surprising” – but that more research is needed to determine tangible effects of golf for people with Parkinson’s disease.

Could a sesame seed extract impact dopamine levels in people with Parkinson’s disease?

Loss of dopamine is one of the main characteristics of Parkinson’s disease. In a new study, scientists in Japan have found that sesaminol, an antioxidant in sesame seed husks, may improve dopamine levels in mice.

As part of the research, the scientists used rotenone, a neurotoxin which reduces dopamine production. This led to impaired motor ability and gut mobility in the mice, which are common Parkinson’s disease symptoms.

The researchers found that the mice who were fed a sesaminol-rich diet for 36 days had higher dopamine levels and performed better on motor ability tests, compared to the mice who ate a normal diet in the control group.

They concluded: “These results show that sesaminol is very suitable for use as a preventive treatment of [Parkinson’s disease]. Further detailed elucidation of the mechanism of action will be necessary for practical application.”

Type 2 diabetes may be associated with an increased risk of Parkinson’s disease, according to researchers from Queen Mary University of London, UK.

To determine the link between type 2 diabetes and Parkinson’s disease, the researchers analysed the results of multiple scientific studies.

The researchers found that people with type 2 diabetes had a 21% higher risk of developing Parkinson’s disease, compared to those without.

Dr Alastair Noyce, corresponding study author, said: “This research brings together the results from many other studies to provide convincing evidence that type 2 diabetes likely affects not only Parkinson’s risk, but also Parkinson’s progression. There are many treatment strategies for type 2 diabetes, including prevention strategies, which may be re-purposed for the treatment of Parkinson’s.”

An opportunity for unpaid carers to share their experiences

A survey launched by charity Parkinson’s UK aims to understand how unpaid carers for people with Parkinson’s disease-related dementia experience the health and social care system. In understanding the limitations faced by unpaid carers, the charity hopes to identify and outline recommendations for the UK’s National Health Service (NHS) and government to improve quality of care for those in need.

“We know that there is an existing gap in support available across health and social care systems,” said Sam Freeman Carney, senior policy adviser at Parkinson’s UK, “and increasingly the burden of care falls on the shoulders of individuals and their families and all too often, they are not supported enough.

“We hope that this survey will help us paint a better picture of the realities and experiences of both unpaid carers and people with Parkinson’s dementia who receive care from loved ones.”

Involuntary movement is a common symptom of Parkinson’s disease which can be caused by certain medicines used to treat the condition.

Now, a research collaboration in Canada plans to design new drug candidates to help treat the symptoms. Researchers at the University of Montreal, and AI-enabled drug research firm Valence are teaming up to investigate new drugs to help manage the limits of currently available Parkinson’s treatments.

Dr Daniel Levesque, a professor and associate dean for research and graduate studies at the University of Montreal, and a lead researcher, said: “We are extremely pleased to have Valence’s support on this important drug discovery programme, and are confident that our joint efforts will significantly accelerate our path to identifying novel compounds that can treat levodopa-induced dyskinesia, a serious side effect of the most common treatment for Parkinson’s disease.”