David is a brilliant ambassador for Parkinson's UK and since his diagnosis, has not let Parkinson's stop him – we are incredibly grateful for his support 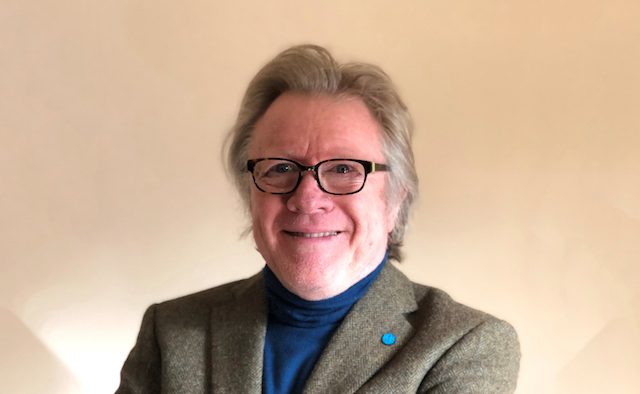 Broadcaster David ‘Kid’ Jensen will discuss Parkinson’s disease in a new series for UK radio station Jazz FM. The DJ, who was diagnosed with the condition in 2013, will share favourites from his extensive jazz collection in the new show, ‘David Jensen’s Jazz’. The show will also partner with charity Parkinson’s UK to include trailers and features raising Parkinson’s awareness.

Paul Jackson-Clark, director of engagement at Parkinson’s UK, said: “David is a brilliant ambassador for Parkinson’s UK and since his diagnosis, has not let Parkinson’s stop him or get in the way of his love for music and radio.

“We are incredibly grateful for his support in helping us increase understanding of this often-misunderstood condition. While there is currently no cure for Parkinson’s and current treatments are simply not good enough, we do believe we’re on the verge of major research breakthroughs. We’re investing in promising studies to deliver a new treatment by the end of 2024. And with generous support from Jazz FM, Kid and the wider public, we can find a cure.”

Scientists in the Netherlands have suggested that a substance, which can inhibit Parkinson’s disease in mice, shows potential as a new treatment for the condition.

Researchers at the pharmaceutical company NTRC have developed an inhibitor for the enzyme tryptophan dioxygenase (TDO), which creates toxic by-products linked to Parkinson’s. According to the team at Utrecht University, Netherlands, the substance could be used to “decrease motor, cognitive, and gastrointestinal symptoms in Parkinson’s disease”.

“We have tested the TDO inhibitor in our lab in Utrecht and it seems to really work,” said Aletta Kraneveld, a professor at the university. “We have several other research questions too. For example, we are very curious about how the drug works at the molecular level in the brain or elsewhere. We would love to do follow-up research on that.”

US charity The Michael J Fox Foundation has launched a new funding programme to help improve inclusivity in Parkinson’s disease research. The programme aims to increase knowledge about underrepresented or excluded populations living with Parkinson’s and, the team hopes, eventually “accelerate the discovery of strategies for reducing risk and developing treatments for all people.”

Organisations with studies focusing on subjects such as disease burden, assessments, clinical course and access to care can apply for budgets of up to US $400,000. “We have an incomplete picture of how [Parkinson’s disease] affects patients and families across racial, ethnic, socioeconomic, gender, sexuality and geographic spectrums,” said the team at the foundation. “Though factors driving disparities in society are complex, researchers, doctors and patient communities must make concerted efforts to eliminate inequities in healthcare.”

Could low white blood cell count be an early sign of Parkinson’s?

People with low levels of a certain type of white blood cell (known as lymphocytes) could be at increased risk of Parkinson’s disease, according to a new study.

As part of the study, published in medical journal ‘Annals of Neurology’, scientists looked at records from people aged between 40 and 69 in the database UK Biobank. Using statistical analysis, they then examined the link between blood measures made in the UK Biobank and the development of Parkinson’s, in 465 people with the condition and 312,125 controls. They concluded that “lower lymphocyte count is associated with higher risk of subsequent diagnosis of Parkinson’s disease in a large UK cohort”.

The scientists said the white blood cell count, “although lacking specificity as a biomarker in isolation, may enhance efforts to identify patients who are at the earliest (ie, preclinical) stages of Parkinson’s disease”. They added that a low count of white blood cells could be a cause of the condition, but said more research is needed to confirm this.

Artificial intelligence could be used to help diagnose Parkinson’s

A pilot study from researchers in Russia has suggested that AI video analysis could be used to help detect Parkinson’s disease.

The system, created by the team at the Skolkovo Institute of Science and Technology, Russia, uses machine-learning algorithms to assess videos of people performing specific tasks, such as standing up, sitting down, walking and folding a towel. As part of the study, the software analysed videos of 83 people carrying out 15 exercises, specifically designed to reveal potential symptoms.

“Our preliminary results show potential in improving diagnosis with the help of video analysis. Our goal is to provide a second opinion for doctors and clinicians, not to replace them. A video-based method perhaps is the most convenient for patients, as it is the most versatile and non-invasive when compared to various sensors and testing,” the study authors wrote.

David is a brilliant ambassador for Parkinson's UK and since his diagnosis, has not let Parkinson's stop him – we are incredibly grateful for his support

Experts recommend the vaccinations for those with the condition