Men and women experience very different problems. Recognising that is essential for research. 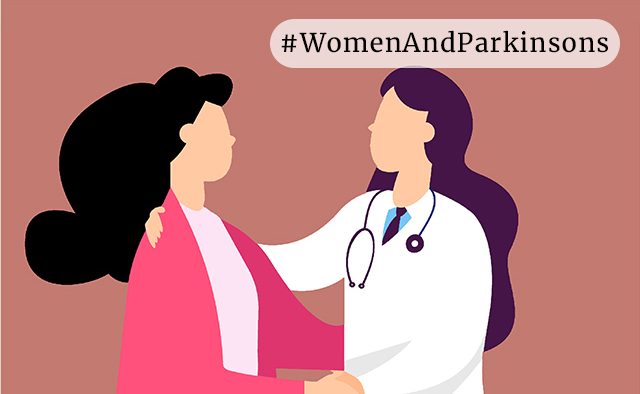 In the sixth in our Women and Parkinson’s series, Italian neurologist Marina Picillo shares her findings from studies focussing on gender differences in Parkinson’s, highlights the role cultural bias plays in the results – and reflects on how research into such differences is a relatively “new phenomenon”

I started working in Parkinson’s research when I was in medical school, and developed an interest in gender differences within the condition about six years ago. I began looking into how non-motor symptoms affect men and women differently – with one study revealing that despite women experiencing higher rates of anxiety, depression and panic attacks than men, they remain largely untreated. Men and women experience very different problems. Recognising that is essential for Parkinson’s research purposes – and to ensure better treatment for patients.

The acknowledgment of gender differences in the medical field is quite a new phenomenon – it only started about 30 years ago. It took a while until it filtered down into Parkinson’s research, and I think we are still a little bit behind compared to other research fields. This is probably because two thirds of people with Parkinson’s are men and so the data is dramatically driven by men. But the mentality is changing. The design of studies and the treatment of patients is slowly being given more thought as researchers, the media and the patients themselves call for change.

Throughout my research I have come across a number of issues that are specific to women. Women are more prone to developing dyskinesia – uncontrollable, involuntary movements that can be a side-effect of levodopa. Some data suggests this is because women have a lower body weight than men, and clinicians prescribe the same dose regardless. Our follow up studies aim to find out more about the metabolism rate of levodopa as we believe that will be different according to gender. If that’s the case, it could seriously impact the way clinicians prescribe the drug in the future.

There’s also the ‘diagnostic delay’ to consider. According to research, on average women are diagnosed a few years later than men. There are a few explanations for this. Parkinson’s is not only less frequent in women, but also appears later in women than men. This is because oestrogen, the primary female sex hormone, is thought to play a ‘protective role’ in the development of Parkinson’s.

Women also generally visit specialists later than men. This may be because they pay less attention to themselves and their health as caregivers. Generally they’re likely to be less involved with their own care – which is an important psychosocial aspect to think about.

I was recently involved in a study which showed that an active sex life improves motor and non-motor symptoms – and quality of life – in people with Parkinson’s, although the results actually only applied to men. This is due to two things. One, women were simply less represented in the study than men. And generally women are less willing to talk about sexual issues than men due to cultural bias.

The next topic I’d like to focus my research on is why women are less likely to undergo complex treatments like deep brain stimulation (DBS). It’s a paradox, since women experience worse motor and non-motor fluctuations and more disabling dyskinesia. I think cultural reasons are once more at play here. Generally, worldwide, women have a central role in caring for their families. When a woman is sick, or has to take time off, this impacts on the whole family and causes difficulties. I would like to find out more about why women feel like this, and why there is such a gap in the uptake of these beneficial treatments.

More widely, I would like to see more research into women with young onset Parkinson’s – particularly for those who might still be thinking about having children. There is very little research available on this subject currently.

Need to know: Marina Picillo is a researcher at the Centre for Neurodegenerative Diseases at the University of Salerno, Italy and has authored over 40 research papers. She completed a clinical and research fellowship at the University of Toronto, Canada, where she worked with advanced treatments for Parkinson’s such as DBS.

Parkinson’s and research: the facts

Men and women experience very different problems. Recognising that is essential for research.

How some medication can cause gambling, hypersexuality and more