I didn’t know whether the drugs would have an impact on the baby. It was stressful. 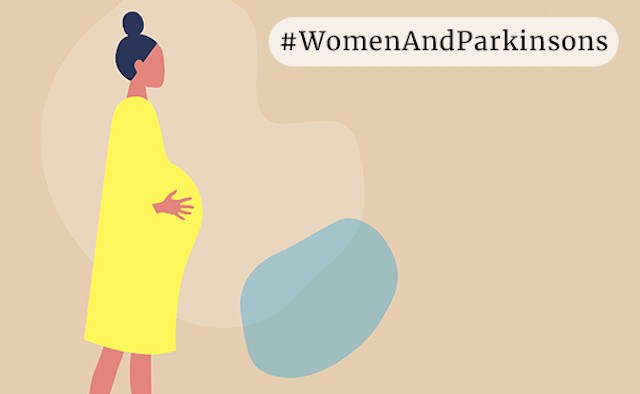 Since her Parkinson’s diagnosis, UK blogger Ellie Finch Hulme has given birth to two children. In the third in our series on women and Parkinson’s, she shares her unique perspective – from a  “scary” lack of information and support to the condition robbing her of the choice to breast feed – and reflects on the issues surrounding Parkinson’s and motherhood

I was diagnosed with Parkinson’s six years ago, at the age of 29. The very first symptom was a tiny, tiny, tremor in my left little finger. At first, we joked about it, it was my ‘wobbly finger’. My parents then encouraged me to go and see my doctor – and it took about a year to get a diagnosis.

At the time, I didn’t really know anything about Parkinson’s in young people. It’s a very individual condition and people progress at different rates. There are people that I know who were diagnosed at the same time as me, who have now had deep brain stimulation – and fingers crossed, hopefully I’m nowhere near that.

I wanted to have kids and my neurologist was very supportive and didn’t discourage my choice. Being pregnant while living with Parkinson’s was quite scary to be honest, in that there was very little information out there. I was asked by Parkinson’s UK to help them rewrite the factsheet on Parkinson’s and pregnancy, although I had no experience myself until I went through it. Even then, my experience wouldn’t necessarily apply to somebody else.

During my first pregnancy, my medication was reduced to the very lowest dose. I was also diagnosed with a condition called ulcerative colitis which caused my medicine to not work very well anyway. My symptoms were worse, and I felt like I might as well have not bothered taking anything.

I physically didn’t make any milk during pregnancy so I couldn’t breastfeed, and after the birth I was advised not to due to the increase in my medication – I didn’t want to risk passing down anything toxic through breast milk. It was traumatic.

With the second pregnancy, I was much more at ease than with the first one. I wasn’t worried at all; everything was familiar to me. 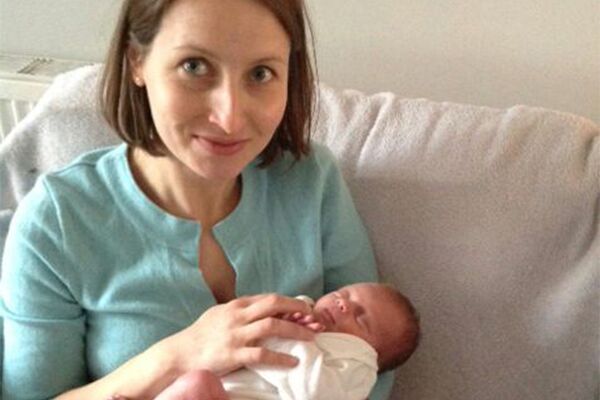 My son is four years old and my daughter is two. Living with Parkinson’s is hard when you’ve got small children – but that was a lifestyle choice for me. I didn’t have to have kids, I wanted to. It’s nothing that can’t be overcome, personally. I just crack on with things just like anybody else, and I try not to worry because stress and anxiety trigger symptoms.

When you’re symptomatic, doing up buttons and things like that can be annoying. But it’s nothing that impairs me from being able to look after my children. They’re just normal pre-school children.

I made the choice to have my children close together because Parkinson’s is a progressive degenerative condition. I wanted to have as much good time with them as possible whilst they’re young. I’m also very lucky to be self-employed. It makes a massive difference because it means I can work around my children – and they’re my priority.

They’ve never really noticed my Parkinson’s, funnily enough. My son made a comment one day earlier this year and I tried to explain it to him. I didn’t use the word ‘Parkinson’s’, but I tried to explain that my limbs don’t necessarily work as well because my brain can’t send the right messages all the time to make my hands and feet move like his can. And he kind of understood but he hasn’t mentioned it since. It’s not something that they’re really aware of and it doesn’t bother them on a daily basis. But as soon as they start asking questions, I’ll definitely answer them.

When I was diagnosed, I was actually advised not to go to any local support groups by my neurologist. He said that I would find it upsetting to see people who were more advanced than me because I was so young at the time of diagnosis. So, I didn’t join any support groups, but I did look online and got in touch with a few young people with Parkinson’s.

I think over the last five years, there are more people who are trying to raise awareness and understanding of young onset Parkinson’s. Young people who are diagnosed now are going to find a lot more content than I was able to at the time of my diagnosis which is a really good thing.

I know a lot of charities have tried to focus on the fact that Parkinson’s isn’t just ‘an old man’s disease’ – but I think that’s how many people in the general public view it. Especially considering the reactions that people like me get when we say we have Parkinson’s.

Need to know: Ellie Finch Hulme is originally from Northumberland, UK, and lives in Surrey, UK, with her husband and two children. She is a freelance French to English translator and writes a blog, PD Mama, where she shares her experiences of parenting with Parkinson’s. She was diagnosed with the condition in 2013, at the age of 29.

Parkinson’s and pregnancy: the facts

Women and Parkinson’s: ‘My medication only works three weeks out of four’

I didn’t know whether the drugs would have an impact on the baby. It was stressful.