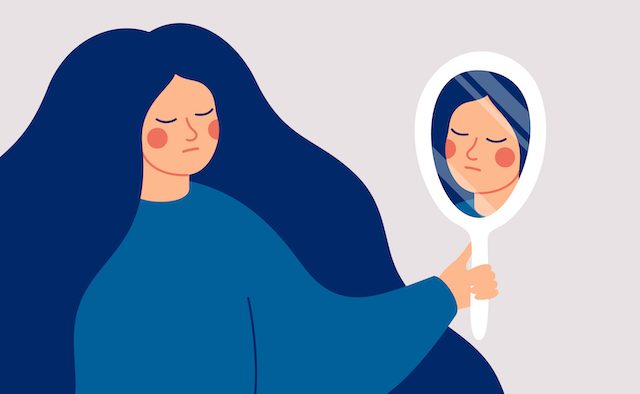 When María Martinez*, a journalist who lives in Spain, was diagnosed with young onset Parkinson’s disease 10 years ago, she underwent a huge “identity crisis” – and says the condition has compounded the challenges she faces. Here, she shares why it’s crucial for women with Parkinson’s to learn to prioritise their own wellbeing

Being a woman is a daily struggle in this society. At work, we struggle to be considered as good as any man there; we struggle in relationships to be respected as a whole person; we struggle during motherhood not to be reduced to the role of just a mother. But with Parkinson’s disease diagnosis, the fight increases by 100.

Suddenly you have a physical weakness so great that it costs a lot to stay in the place you want to occupy as an autonomous and competent woman. Parkinson’s feels like an ally of sexism and paternalism, trying to silence you and separate you. I have the feeling that men are not told to cease to exist as individuals because they take care of their illnesses and their children. Rather, it seems ‘natural’ that women sacrifice everything to take care and responsibility of a greater cause. We, ourselves, are never that greater cause.

I have fought a lot against that idea. I made it clear to my son that my happiness and wellbeing is as important as he is, and I need help, to dedicate time for myself, to invest in myself. The same happens with the occasional partners that I have had during these years – none of them have understood that they must adapt to my circumstances because I have Parkinson’s disease. They all hoped that I would be the one to follow them, even with my health difficulties.

“The identity crisis I suffered was monumental”

After my son was born in 2010, I noticed that I was dragging one leg, breaking all my shoes on the tip of my right foot, and the lack of coordination made me fall to the ground. Three CT scans and a nuclear contrast X-ray showed that I was lacking dopamine. In October 2011, I was diagnosed with Parkinson’s.

At the beginning of 2010, I was a young woman without responsibilities, with a very intellectually rich life and a promising professional future. When 2011 came to an end, I was a 37-year-old mother with Parkinson’s, a ‘disease of the elderly’. The identity crisis I suffered was monumental.

However, I was not aware of being ill until about three years later. I ended up celebrating my 40th birthday alone in bed, unable to stand up, with very deep anxiety and depression. I was terrified. The first medication they gave me improved my walking, but caused an impulse control disorder that ruined me financially.

I tried not to cry in front of my three-year-old son, to take him to school, to feed him and to make sure he didn’t lack anything. I would get up and do my part like a zombie, waiting for the night to come to go to bed and sleep, disappear. They were very rough years. My GP helped me a lot. He sent me to psychological therapy at a specialised centre for women. It was difficult for me to accept it – my self-image continued to be that of a young woman with a light and promising life. In that centre, they helped me accept reality and put my life in place.

I was very frustrated when I had to stop working as a journalist because I couldn’t keep up with the pace that I wanted or demanded of myself. The pandemic has slowed down the pace for everyone. I have felt like the whole world is taking my speed, which has allowed me to stop fighting against my slowness caused by Parkinson’s, and to rethink my life – free from a context that always reminded me of my shortcomings. I have decided to try to go back to work as my company has created systems like telecommuting that I think I can benefit from.

I think the most important task for any organisation is to teach Parkinson’s patients to take care of themselves. When we are diagnosed with Parkinson’s, usually we know as much about the brain as anyone else – almost nothing. Many patients end up sitting down, taking their medication and waiting for a cure. This is a very complex disease that requires very thorough management. Our quality of life largely depends on it.

*Name has been changed for anonymity.