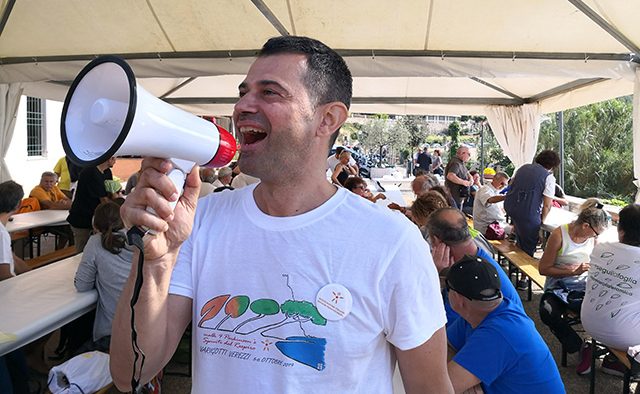 Hear from three people with Parkinson’s disease about their experiences campaigning for the community, what motivates them to raise awareness – and how others can get involved

Tell us why you started campaigning?

Sabela Avión Martinez, United States: I started campaigning in February 2017, a few months after my diagnosis. I realised it was one of the things I could do to raise awareness, particularly about young onset Parkinson’s. It’s also an empowering activity!

Massimiliano Iachini, Italy: I have Parkinson’s now, so I can’t wait until tomorrow to start campaigning – we need to find a cure now.

Dr Maria De León, United States: I began my advocacy work nearly three decades ago, in order to bring more awareness to neurological diseases, especially Parkinson’s. I believe that early diagnosis and treatment can change the course of disease – improving quality of life.

What campaigns have you been part of?

Sabela: I sit on the committee for Con P de Párkinson, a website created by and for women with young onset Parkinson’s in Spanish-speaking countries. It’s a platform that brings together women and offers them a space to talk and share experiences – I write posts regularly for the website.

We have a radio show called Onda PK, where experts in the field and informed patients have conversations about Parkinson’s-related matters – from nutrition to mental health to integrative medicine. We’re also an active partner of PD Avengers, a global alliance of advocates united to end Parkinson’s.

We’ve been contacted by women living with Parkinson’s all over the world who feel the same way – misunderstood and invisible. We hope to change that, little by little, with our efforts and actions.

Maria: Given my professional background as a neurologist, it seemed natural to join forces with the pharmaceutical industry as well as the scientific and clinical community to become a healthcare collaborator.

Massimiliano: I am involved in several projects in our Parkinson’s association in Italy.

These include the ‘Dance Well’ campaign, the ‘Non Chiamatemi Morbo!’ (‘Don’t Call Me “Disease”’) campaign with Parkinson Italia, and the PD Avengers campaign in Italy. 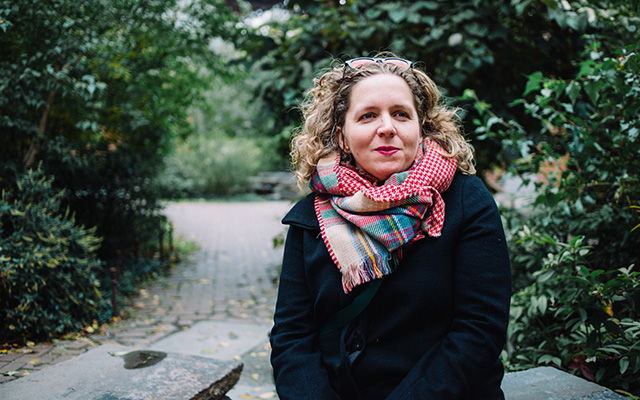 What motivates you to campaign?

Maria: As I became a caregiver to my grandmother, I began to recognise the importance of also advocating for caregivers. Without the care and support of others, patients would not be able to thrive. My passion in continuing to challenge the status quo, is to give others hope. An opportunity for an abundant life while living with Parkinson’s fuels me to continue advocating and speaking for those who are no longer able to do so.

Sabela: Sharing different testimonies and experiences and making our disease and our concerns visible so we can be understood – alongside promoting research, especially with a gender perspective to be taken into account.

Massimiliano: Since I was diagnosed with Parkinson’s in 2007, one thing has stuck with me – that this disease has no cure. But then I told myself that the cure is perhaps ourselves, it’s within us – and learning from nature and the arts is helping me to create a state of wellbeing for myself. 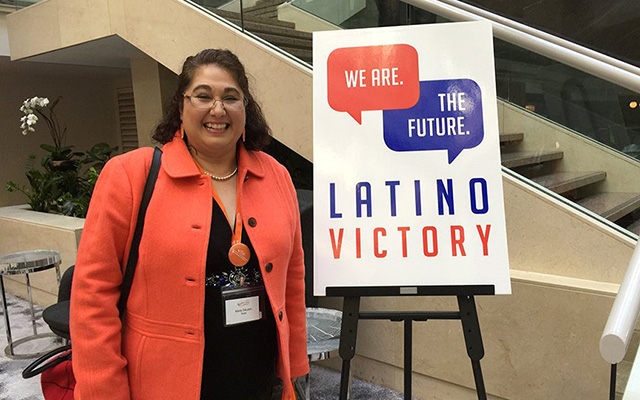 Do have any advice for someone who wants to start campaigning – but doesn’t know where to start?

Massimiliano: I can only say don’t be afraid to start campaigning, because you will find other people, and together we can find the way. That is not easy to find alone.

Maria: First identify a need, then look at your own skills and interests. Then look at venues where you can use your voice. There are many opportunities if you just keep your eyes and ears open – but if you live in an area where there is not much Parkinson’s support this may be a chance to start your own support group. Be genuine in your work as well as consistent, but don’t forget to take time to recharge your energy and not burn out.

You are not alone, together we can make a difference. My life has been made richer because of the people I have met along the way.

Sabela: Campaigning is a way to fight the darkest moments: you find yourself surrounded by other people who’ll encourage you and lend you a friendly ear, even if you’ve never met in person! We are stronger together.