Some did up to 115km a day, others did 50km – it didn’t matter. The main thing was to be together and there for each other 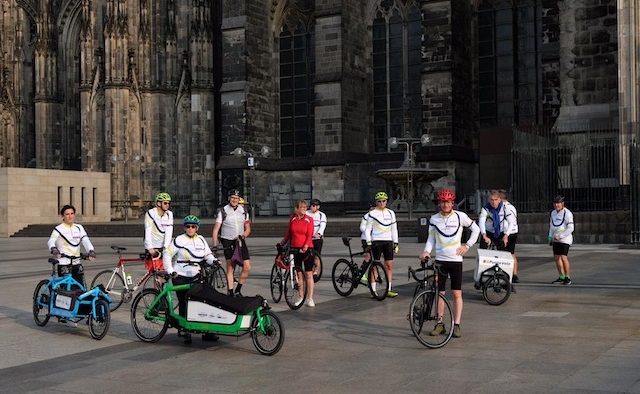 The coronavirus crisis meant that Parkinson’s campaigners in Germany had to change their plans for an awareness-raising ‘Great Ride’ bike tour across Europe to a ‘Very Little Great River Rhine Ride’ across the country – but thanks to strong team spirit and an “inspiring” group of people, the scaled-back event was a success

A team of 20 experts, authors, artists and researchers came together to take part in the ‘Very Little Great River Rhine Ride’– a bike ride through Germany to raise awareness of Parkinson’s disease and other neurological conditions.

Setting off from the steps in front of Cologne Cathedral on Saturday 12 September, the group made their way to Koblenz, Alzey and Karlsruhe before ending the ride in Baden-Baden on Tuesday 15 September.

The tour was organised by the Berlin-based organisation, the YUVEDO Foundation, which helps people living with Parkinson’s and supports the search for a cure. The event was arranged to promote the new Brainstorm project – an initiative aiming to drive forward the development of effective treatments for neurodegenerative conditions.

“We want to be a visible and strong initiative that draws attention to the fact that we believe Parkinson’s and other neurodegenerative diseases can be cured if the right resources are mobilised and focused on a common goal,” said Dr Jörg Karenfort, Co-Founder and CEO of the YUVEDO Foundation.

The coronavirus pandemic had posed a series of problems for those organising the event, said Dr Karenfort: “Originally it was the ‘Great Ride’. We had planned on cycling in various teams to a number of European capitals as well as to Brussels to present our new Brainstorm Manifesto. We had to downsize, change several times and be very flexible.”

Luckily, the “exceptional team spirit” of the participants – half of whom have Parkinson’s disease – ensured the event’s success. The team now hope to raise donations for the project from those who weren’t able to take part themselves.

Reflecting on the experience of the bike ride, Frankfurt-based participant Cathy Molohan, who has Parkinson’s, highlighted “the willingness shown by everyone to help, encourage and support each other”. “It was such a special feeling to be part of a group united by a single purpose,” she added. 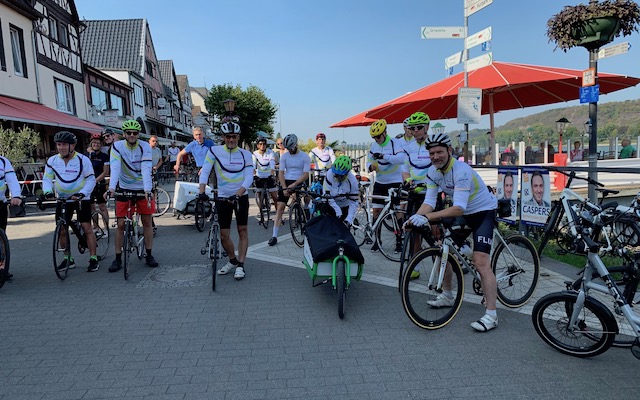 The group cycled across Germany, from Cologne to Baden-Baden.

Describing the bike ride as “truly amazing”, Dr Karenfort said: “We had the best weather imaginable, some of the most stunning scenery Germany has to offer and an incredibly inspiring group of people.

“Some did up to 115km a day, others did 50km – it didn’t matter. The main thing was to be together and there for each other. It was an incredible feeling of freedom and strength to be part of this tour.”

An online briefing for the Brainstorm project will take place on Friday 18 September. Find out more about the YUVEDO Foundation.

Some did up to 115km a day, others did 50km – it didn’t matter. The main thing was to be together and there for each other