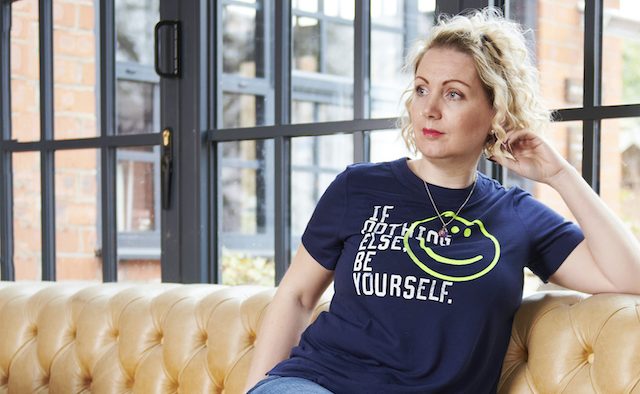 When UK childrenswear designer Genna Douglas was diagnosed with Parkinson’s disease at the age of 34, she didn’t know anything about the condition. Five years later, she has created a new range of t-shirts and tote bags for clothing retailer Next to help raise awareness and provide vital support for charity Parkinson’s UK

Tell us about your experience of being diagnosed with Parkinson’s disease.

When I first had symptoms, I didn’t really know what they were. It was not long after I had my second daughter, and I was on maternity leave. I remember a moment when I was washing up and was trying to do this repetitive circular movement with my hand, and it just wouldn’t do it.

I said to my husband “something’s not right, my hands aren’t doing what I want them to do”. My husband and my mum were saying, “it’s fine, maybe you’ve just knocked it or something”. I went to see the doctor, and he thought that when I’d given birth and they’d put the cannulas into my arm, perhaps they’d damaged something. He gave me some nerve repair tablets and sent me away.

But nothing really helped. I just had a feeling there was something a bit more serious going on. I went back a couple of times and in the end said to my doctor, “you know, I think there’s something more to it”. When I went to see a neurologist, he basically said I either had Parkinson’s or a brain tumour. But I think the neurologist knew as soon as he saw me walking, because my arm wasn’t swinging.

Is there enough awareness about young onset Parkinson’s disease?

No. My aim is to raise as much awareness as possible because I feel like there must be so many people out there that have this condition but have got no idea it could be Parkinson’s disease.

From my experience, when I was diagnosed, not one of my friends or family even realised you could get it so young. Everybody was completely shocked. I am open about it because my theory is ‘how can I help myself if I feel I’m not being true to myself and telling people about my diagnosis?’. I wouldn’t be able to carry on at work and hide it.

My symptoms are not too obvious when my tablets are working properly, but there are things that I struggle with that people don’t realise – like just getting money out of a purse or trying to carry a drink across a bar. If I ask people to carry drinks, they look at me like I’m just being lazy. But more than that, I just want people to really think about how they treat others – and realise there are a lot of hidden disabilities out there. 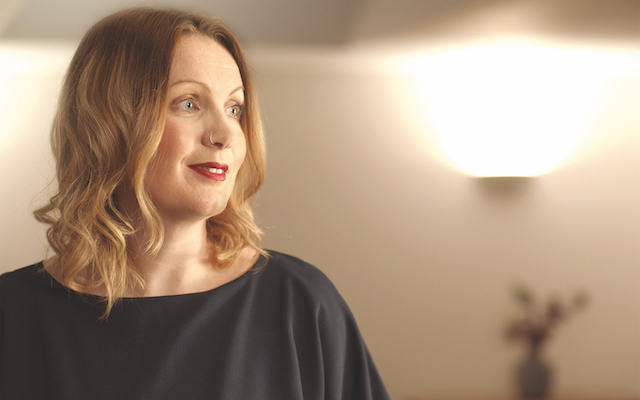 How did the partnership between Next and Parkinson’s UK come about?

I’d been helping Parkinson’s UK with a few things. But then we started talking about how we could get Next involved, and I approached Human Resources with the idea of a t-shirt.

We went through the whole design and samples process, and when they arrived everybody seemed to really like the slogans because they’re an uplifting and positive message. And Next are giving 100% of the profits to Parkinson’s UK and trying to raise awareness as much as they can.

The t-shirts were all sold online because the shops weren’t open [due to the pandemic], but we’re doing another collaboration which is coming up later in the year. So, that’s really exciting. I’m just very thankful to my team for being so open to the idea. 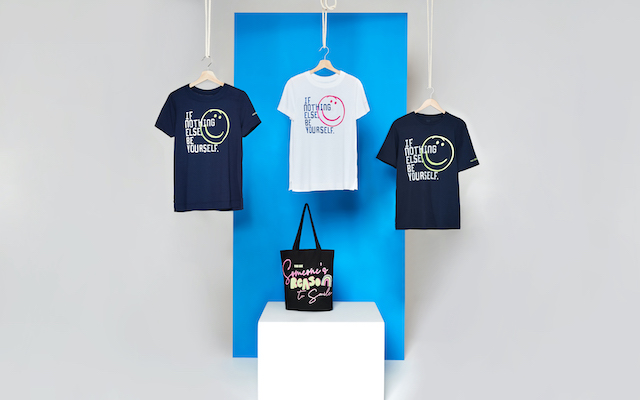 Douglas’s t-shirt designs for Next.

What would you say to people in the Parkinson’s disease community?

I’ve been doing some one-to-one boxing sessions, and before lockdown, I was doing a group class, which was run by a trainer who’s specialises in Parkinson’s. That was really good because it’s nice to be with other people that understand. I found it quite uplifting to see people that are further along than me, going into these classes hardly being able to walk – and then going out feeling really uplifted and being a lot more mobile.

Mindset is also important. I feel you’ve got to live for the moment and enjoy life. Obviously Parkinson’s is not a very nice thing for anyone to be diagnosed with. But if you let it get the better of you, it can make things worse. So you may as well just enjoy what you have, make the most of life, and try to look after yourself the best you can.

Find out more about the Parkinson’s UK and Next range.

Does Genna’s experience of young onset Parkinson’s disease resonate with you? Tell us about your experiences below.