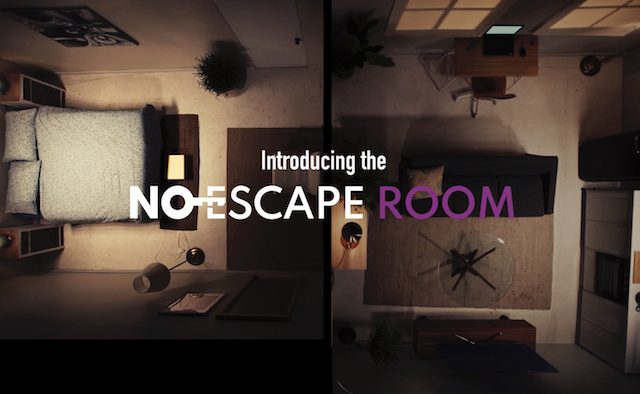 An Australia Parkinson’s organisation has launched an escape room designed to raise awareness about the daily challenges of living with the condition – and has touched Parkinson’s community with its originality.

Putting out a call on social media, organisers offered puzzle solving enthusiasts the opportunity to be the first to trial the new escape room. What eager participants didn’t know was that the room was rigged with secret cameras – and that each task represented a Parkinson’s symptom, from memory loss to tremor, blurry vision, stiffness, and more.

Seemingly simple tasks such as pouring tea, using a computer mouse or tying shoelaces were made frustratingly difficult, mirroring the sorts of challenges people with the condition face on a day-to-day basis.

Only at the end were participants alerted to the fact that the room represented Parkinson’s – the symptoms of which people cannot escape from.

The campaign – launched earlier this week by Parkinson’s NSW in collaboration with marketing agency Wunderman Thompson and Australian production company AIRBAG – is also available as a 360-digital experience on a dedicated microsite, allowing more people around the world to take part and gain an understanding of Parkinson’s and its challenges.

Parkinson’s doesn’t stop during a pandemic

The response from Parkinson’s community so far has been overwhelming.

One participant, touched by the experience, told Parkinson’s NSW: “I haven’t stopped crying. It is wonderful” while another said: “It gave me goose bumps”.

Others praised the campaign for its originality, describing it as “a great out of the box concept” and “a novel way of getting the message across”.

Mirelle Brockett, marketing and digital manager at Parkinson’s NSW, said: “Raising awareness of Parkinson’s cannot stop even though we are in this pandemic. Being able to ‘show’ and experience a very small minute of what it may be like will have a great impact.”

With five people under 40 being diagnosed with Parkinson’s every day in Australia, the campaign is being used to raise awareness and funds for Parkinson’s NSW’s ongoing research and wellbeing initiatives.

More than 500 people have completed the programme so far