With this innovative test, we could see people being diagnosed quickly and accurately 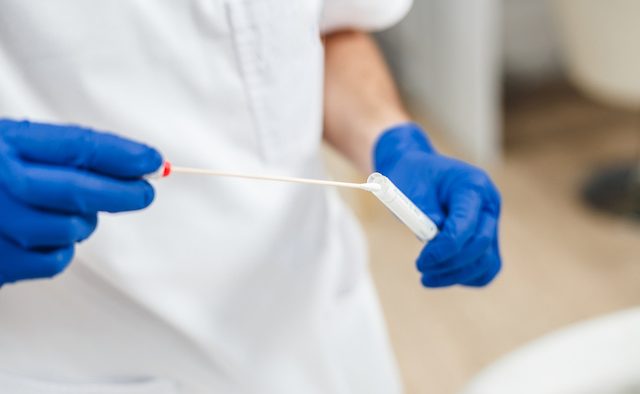 Now, a new technique developed by scientists at The University of Manchester, UK, may change how doctors diagnose Parkinson’s disease – through a quick skin swab.

An “encouraging step” for Parkinson’s treatment

As part of the study on the swab test, the scientists recruited 500 participants with or without Parkinson’s disease to analyse compounds of sebum – an oily substance that coats and protects the skin.

After taking samples of sebum from the participants’ upper backs, the scientists used various techniques to identify 10 chemical compounds in sebum which are elevated or reduced in people with the condition. In doing so, the researchers were able to distinguish people with Parkinson’s disease from those without with 85% accuracy.

Reflecting on the results of the research, Perdita Barran, professor of mass spectrometry at The University of Manchester and one of the study leads, said: “We believe that our results are an extremely encouraging step towards tests that could be used to help diagnose and monitor Parkinson’s. Not only is the test quick, simple and painless but it should also be extremely cost-effective because it uses existing technology that is already widely available.”

The study is funded by charities Parkinson’s UK and the Michael J Fox Foundation, along with The University of Manchester Innovation Factory.

Getting the right diagnosis

During the early stages of the condition, symptoms of Parkinson’s disease can overlap with symptoms of other conditions – and this can result in misdiagnosis, says David Dexter, associate director of research at Parkinson’s UK.

“Every hour, two more people in the UK are diagnosed with Parkinson’s and a significant portion of these people may well have been misdiagnosed with, and treated for, another condition before receiving their correct diagnosis,” David explains. “This has been compounded in the Covid-19 pandemic, where people have been left waiting and have faced months of anxiety to confirm their diagnosis by a health professional.”

Daxa Kalayci from Leicester, UK, waited four years to finally receive a correct diagnosis in 2019. She says: “A quick and simple diagnostic test for Parkinson’s would have given me the chance to start my treatment earlier and enjoy life a lot more.

“This test could be a game-changer for people living with Parkinson’s and searching for answers like I was. I am so happy with this news because it will mean that in future people won’t have to experience the anxiety of multiple appointments, long waiting times and sleepless nights. The sooner this test is available, the better.”

Perdita says: “We are now looking to take our findings forwards to refine the test, to improve accuracy even further and to take steps towards making this a test that can be used in the NHS (the UK’s National Health Service), and to develop more precise diagnostics and better treatment for this debilitating condition.”

David adds: “With this innovative test, we could see people being diagnosed quickly and accurately enabling them to access vital treatment and support to manage their Parkinson’s symptoms sooner.”

With this innovative test, we could see people being diagnosed quickly and accurately