I’ve been working since I was 15 years old, and it keeps me going because even if you have Parkinson’s, I believe you have to participate in life 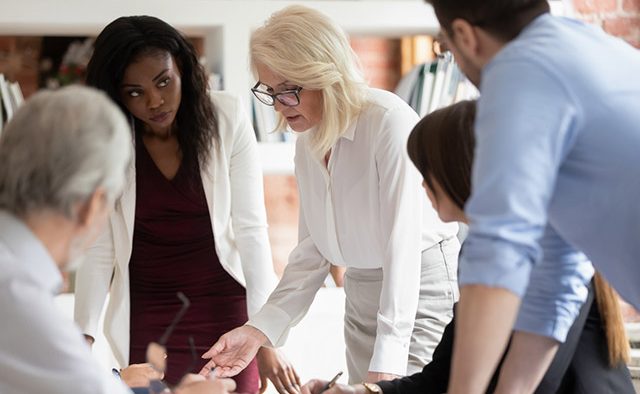 From mobility challenges to fatigue to speech impairment, Parkinson’s can have an impact on working life. So, we’ve assembled perspectives and research that may help those with the condition to navigate the world of employment

What does research say about Parkinson’s and work?

A survey conducted by Oxford Brookes University, UK – in collaboration with the European Parkinson Therapy Centre in Italy – investigated experiences of working life among people with Parkinson’s. The insightful results have now been published in the journal ‘Disability and Rehabilitation’.

Disseminated with support from the Parkinson’s Europe, the survey found that people with Parkinson’s tend to leave work five years after diagnosis. It also found that men with the condition generally continued their employment for longer than women. Additionally, of those who left their careers, two-thirds indicated that they would have liked to continue working.

“These data show that early diagnosis, timely support and information are essential if we want to help people stay in the work system for longer after a Parkinson’s diagnosis,” said Russell Patten, director general of Parkinson’s Europe.

Read more about the results of the study.

Hear some real experiences of managing Parkinson’s at work

In an episode of the award-winning Parkinson’s Life podcast, we invited Danish politician Elisabeth Ildal and Irish campaigner Gary Boyle to share their experiences of navigating Parkinson’s and employment.

“Working for me is a big part of my identity,” explained Elisabeth. “I’ve been working since I was 15 years old, and it keeps me going because even if you have Parkinson’s, I believe you have to participate in life… But, of course, it’s harder today than it was six years ago.”

Gary, on the other hand, took a different approach when the stress of his job started to take a toll: “I’ve made a clean break from work,” he said. “It’s worked out extremely well for me in terms of gait and movement.”

Hear more in our podcast episode on ‘Parkinson’s and work’.

Making your career work for you

A webinar by the Davis Phinney Foundation explored how young people with Parkinson’s can navigate working life – from taking a flexible approach, to finding the right role.

Speaking on the panel, lawyer and professor Amy Montemarano said people’s “biggest question” is about whether or not to share their diagnosis at work – but “it varies so much from person to person and job to job”. Other panellists agreed, highlighting their own experiences of disclosing information about their condition – or choosing to change jobs.

Former journalist Gaynor Edwards explained that, at the time of her diagnosis, she was managing a PR and marketing business: “I kind of came to the conclusion that stress was just such a major factor with [Parkinson’s], to dial it down. I relocated and became just a one-woman consultancy – it was the best decision I could have made.”

Read more insights and perspectives from the webinar.

I’ve been working since I was 15 years old, and it keeps me going because even if you have Parkinson’s, I believe you have to participate in life

A roundup of Parkinson’s Life podcast

We talk to the founders of a new programme in Buckinghamshire, UK