I can lay claim to rowing single-handedly across the Indian Ocean. 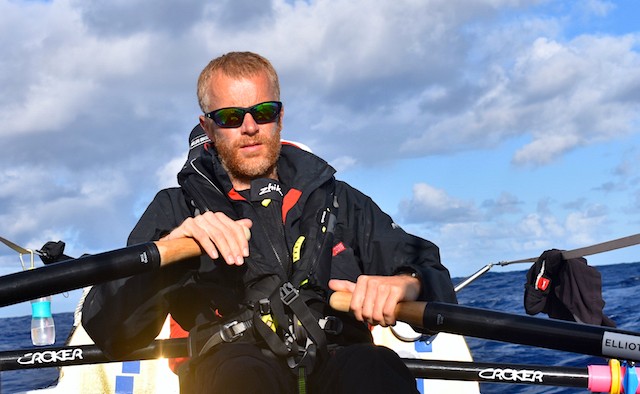 We talk to Robin Buttery, the first person with Parkinson’s to row 3,600 miles across the Indian Ocean. Robin reflects on his 71 days at sea, learning new things about his Parkinson’s in the middle of the ocean – and proving life can go on after a diagnosis

“Some reporting said that I was doing the row ‘before my body gave up on me’. While it’s true that I have a finite amount of time – so does everyone else!”

Robin Buttery chuckles as he recounts some of the headlines that appeared about him in the media this summer, before he set off as part of a four-man crew rowing 3,600 miles across the Indian Ocean to raise funds for Parkinson’s.

Now safely back on dry land, with a very different perspective on his condition – and the remnants of a tan – Robin reflects on how his first reaction to his diagnosis was, strangely, one of relief.

Fearing he might have multiple sclerosis or motor neurone disease, Robin considered Parkinson’s to be the best of a bad bunch. “I hadn’t even thought about Parkinson’s, so it was a bit of a surprise, but out of the three it was the best scenario,” he says.

Despite this initial positivity, Robin was desperate to meet other younger, working-age people with the condition. As a technical instructor at De Montfort University in Leicester, UK, he realised that such hands-on work – which often involved operating woodwork machinery – was going to be difficult for him.

One of his main concerns was knowing how long he could realistically continue to work for. “I wanted to know how long I could actually earn money and support my family for,” he explains.

While researching young-onset Parkinson’s, Robin found a post in an online forum asking for someone with the condition to take on an unspecified challenge. It was this post that would lead to Robin spending 71 days at sea and rowing 3,600 miles across the Indian Ocean.

Initially, on finding out what the challenge actually was, he faltered. “I was stunned. In the original post, all it said was you go to Australia. I thought it might have been some sort of Bear Grylls thing,” he explains. “When I found out it was to row the Indian Ocean I thought, ‘That’s not for me. Thank you very much, but I’m not interested.’”

However, after talking to his family about it, Robin began to view the row as a way to prove that life doesn’t end simply because of a Parkinson’s diagnosis. “I’m not suggesting everyone go and find their nearest ocean to cross, but I want to prove to people that life can still go on.” 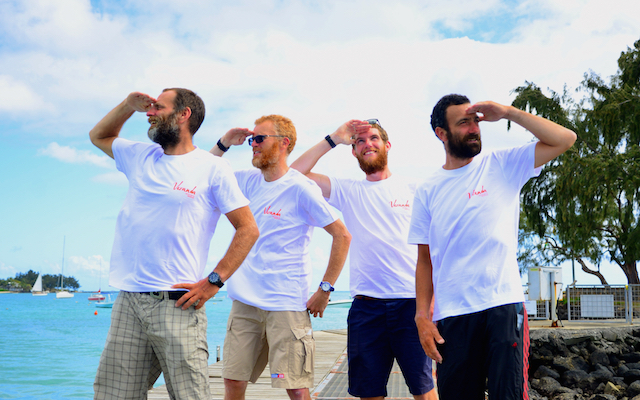 Once Robin decided to take on such a momentous challenge, the training began. Digging out the rowing machine from the bottom of his bedroom, he spent the next 18 months bulking up and working with Olympic trainer Greg Whyte.

After setting off on 6 July 2018, from Geraldton, Australia, Robin was faced with an unexpected challenge – one he hadn’t anticipated from his training. He realised his left arm was far weaker than his right and took longer to recover – something he attributes to his Parkinson’s.

This meant he was often only able to row with one arm. “The funny part is,” he says, “I can lay claim to rowing single-handedly across the Indian Ocean, as part of a crew of four.”

In such cramped and extreme conditions, moments like this revealed to Robin how apparent his Parkinson’s had become. He began to wonder if he’d been slowing down for a while – and it had taken being on a tiny boat in the middle of the Indian Ocean to realise it.

“Simple tasks were taking forever. Just putting clothes on took a really long time. It showed me what I’m going to be like later down the road and it was a shock,” he says. 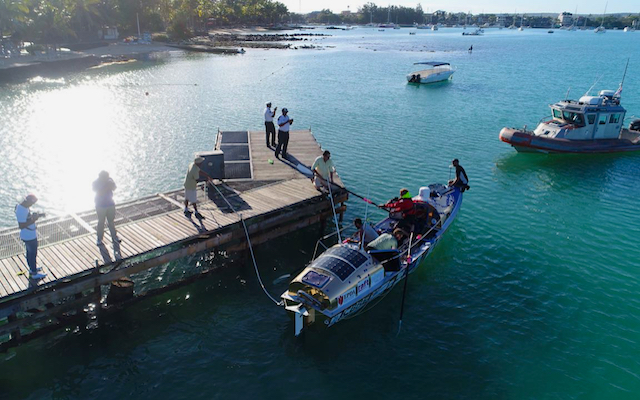 The crew arrive in Mauritius after 71 days.

“I’m going to concentrate on living. That’s going to be my next adventure”

Despite having dealt with cramps, intense fatigue, sea sickness and bad weather – Robin is quick to list the highlights of the row – with whales, sunsets, shooting stars and moonbows featuring at the very top.

“I saw sunsets that were out of this world. They were a big part of my day, and I never got sick of taking photos of them,” he says. “We also saw moonbows – which are intriguing shadowy curves of moonlight.”

Another highlight for Robin was finally approaching land after being at sea for so long. He describes his joy at seeing colours other than blue – and compares the island of Mauritius to “a bright, green, lush monster”.

Robin and the crew completed the challenge in 71 days – just failing to beat the current record of 68 days – while simultaneously blogging and vlogging about their journey. They also raised nearly £40,000 in the process via their ‘MyDonate’ page, which is still open.

When asked if he has plans to complete another challenge, the man who rowed the Indian Ocean single-handedly – and with Parkinson’s – says his next adventure will be a little less wet and windy.

“I’m going to concentrate on living. That’s going to be my next adventure.” 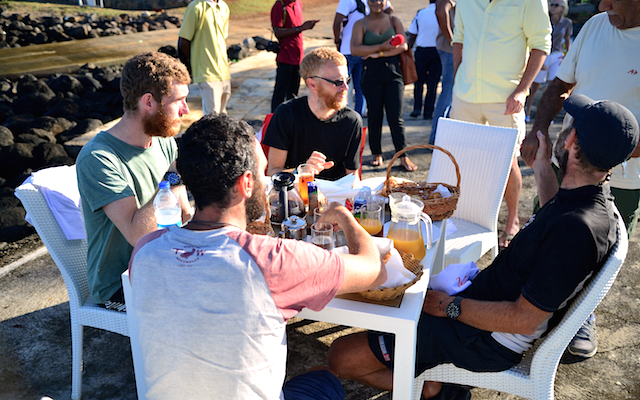 Robin enjoying a meal with the crew.

I can lay claim to rowing single-handedly across the Indian Ocean.

Join the Danish Parkinson Association for their annual event