You’ve got to defend yourself and educate yourself 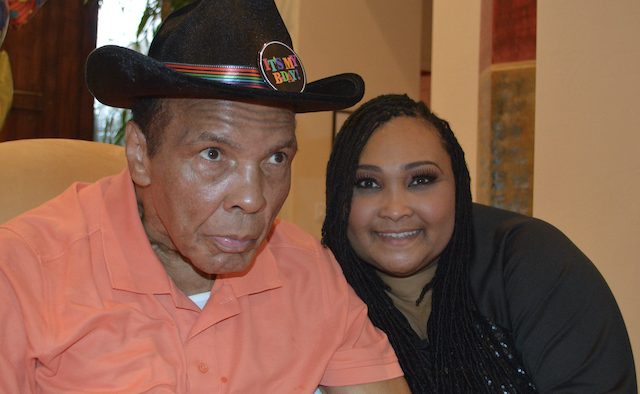 In an exclusive interview, Maryum Ali – US public speaker, author and daughter of boxing legend Muhammad Ali – discusses her father’s experience with Parkinson’s disease, how it inspired her advocacy work and why education is the “key” to empowerment

“When my father first started exhibiting Parkinson’s symptoms, he was in his second fight with [then heavyweight champion] Leon Spinks in 1978. I actually went to that fight. I was 10 years old, and I noticed his symptoms.”

But, says Maryum Ali, eldest daughter of the late US heavyweight legend Muhammad Ali, “no one knew”.

Muhammad Ali’s impact in the world extends far beyond his iconic boxing career. One of the most noteworthy figures of the 20th century, he was a source of inspiration for many African Americans during the 1960s US civil rights movement and became a hero of the counterculture movement for his opposition to the Vietnam War. Later in life, after he was diagnosed with the condition in the 1980s, Muhammad Ali built on that legacy by playing a vocal role in Parkinson’s community.

“For about 10 years, they never called [my father’s condition] Parkinson’s disease,” says Maryum, a renowned public speaker and author. “So here he was with progressive symptoms, and doctors were saying it wasn’t going to progress. It just shows how little data and research there was on Parkinson’s disease during that time. The term ‘young onset Parkinson’s disease’ was unknown, there wasn’t a Parkinson’s Unity Walk with resources or support groups for people.”

Maryum explains that her father also experienced ups and downs through the “journey” that was similar to many others’.

“He’s seen as Superman – this great boxer and activist,” she says. “But he went through the very human struggles that all people go through – denial, depression, isolation, not understanding, not wanting to take his medications.

“It took being proactive, being part of a large community and seeing someone else with Parkinson’s disease for him to understand that he had to deal with it. It took him a while to get to the point where he thought, ‘I have to deal with this the way I train for a fight; I have to be aggressive and proactive and exercise’. These are the stories I share to inspire people – even Muhammad Ali had a learning curve.”

Muhammad Ali, like many people with Parkinson’s disease, struggled with his identity before and after diagnosis, says Maryum. “He was a person who, for the majority of his life, was looked at as this beautiful specimen of a skilled athlete and a great mind. Then all of a sudden people were looking at him like, ‘What’s wrong with his arm?’

“You have to reconcile those two existences and understand what they are. The only way to come out empowered is to know exactly what you have, and to tell people what it is – then you can get your power back.”

This, she says, is why education is “key”.

Maryum recalls one incident from her teenage years where this attitude helped her. Standing in a busy hotel with people crowding around her father, his symptoms were noticeable. “I heard some guy say, ‘Look at Ali – he’s all drugged up’,” says Maryum. “I know my father heard him, and I was just so angry.”

“You’ve got to defend yourself and educate yourself,” she says. “And educate people. Some people might reject that. But just let them be and keep it going.” 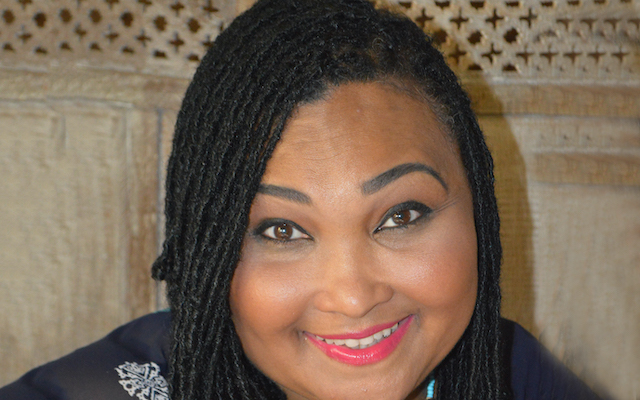 Maryum Ali is a public speaker, spokesperson for Parkinson Alliance and the eldest daughter of Muhammad Ali.

Maryum’s involvement with Parkinson’s community began while her father was still living, and the family was making an effort to learn more about the condition. She adds that becoming an advocate was also about “sharing our family story with other people who were interested, as a source of education and inspiration”.

In the early 2000s, Maryum began to participate in marathons raising money for Parkinson Alliance and later became a spokesperson for the annual Unity Walk – which has since gone virtual due to Covid-19.

“It’s amazing when you connect with people at these events,” she says, “and they actually see that you care about them. A lot of them love my father. The community’s so diverse and united at these kinds of events.

“More importantly, they’re getting a plethora of information about understanding how to manage Parkinson’s disease.”

She describes a noticeable difference in attendees of recent Unity Walks, compared to when first started going to the event. This, she attributes to the increasing research and knowledge surrounding Parkinson’s disease. “I can literally feel and observe how people have improved their quality of life,” she says. “Although there’s not a cure, I’ve literally seen thousands of people at this event who actually look healthier than they did before.” 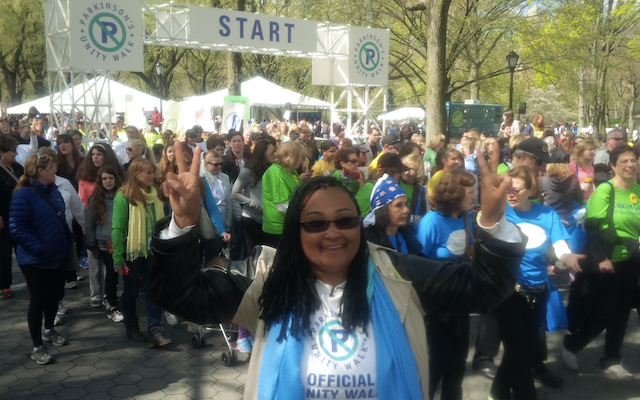 Maryum says one lesson she has found valuable in her advocacy is that the focus doesn’t need to be on a “cure”, when there isn’t one. It can be about finding the “optimal life” in your circumstances. “How can I be the best I can be with what I have,” she says, “and keep that meaningful life? There are just so many nuances to this effort. The more people that are a part of it, the better.”

For Maryum and her family, spirituality has helped them accept and adapt to the circumstances of her father’s condition.

“I think a lot of people’s experiences are different based on the foundations of their family,” she says. “My family is extremely spiritual. We believe that our experiences are a test of what our response is going to be.

“It’s not really about what religion you are. You don’t have to agree with people’s lifestyles to respect them and love them and be caring to them. We are constantly striving to evolve as good human beings. Just live your life and respect the freedom of other people.”

You’ve got to defend yourself and educate yourself