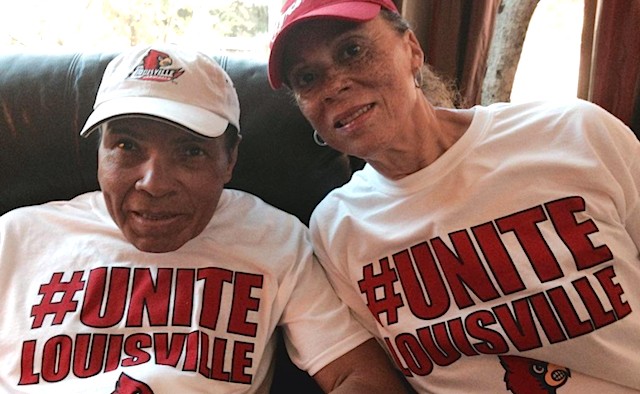 In an online webinar, from the new Partner’s in Parkinson’s healthcare tools from the Michael J Fox foundation, Lonnie Ali talks about her inspirational husband Muhammad Ali

Partners in Parkinson’s, a health initiative of the Michael J Fox foundation, have released their new 2017 online tools, which includes a webinar with Lonnie Ali. In the discussion Lonnie Ali, widow of three-time heavyweight champion Muhammad Ali, talks candidly about her husband’s condition.

She says, “We all have our burdens to carry, but to do it in the way he’s done it inspires me every day.”

In a caring, considered tone Lonnie also advises those who are supporting their partners. She says, “Always get up with a positive attitude, you never know what the day is going to bring. I’ve learnt to roll with the punches.”

The new online tools, released in partnership with AbbVie, will include the first ever platform to connect patients with movement disorder specialists. This new development will ensure that those living with the condition have the best treatment options.

In addition to this Partners in Parkinson’s online tools will also include a new video gallery and four live webinars discussing the latest in Parkinson’s research.

Since the programmes launched in 2014 more than 20,000 members of Parkinson’s community have benefited from Partners in Parkinson’s online educational and research platform. Last year alone, 64% of the participants ended up being treated by movement disorder specialists.

Read more:  Muhammad Ali’s daughter, “Dad, you are a pearl embedded in the oyster of life”

Warming up the Parkinson’s disease community