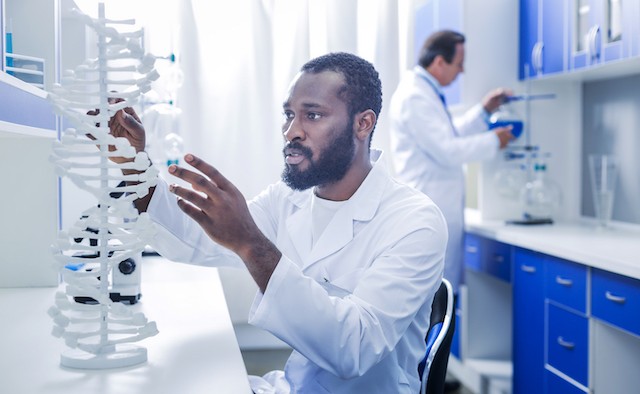 To date, most of the genetic research on Parkinson’s has been focused on people of European descent. However, it is hoped this new grant will broaden the research landscape – and help researchers to better understand the condition.

Brian Fiske, senior vice president of research programmes at The Michael J Fox Foundation, said: “While the field has made significant strides in genetic research, we know we have much more to learn about the changes in DNA that lead to Parkinson’s disease and impact its progression.

“This is an all-star initiative with world-class geneticists, clinic networks and study volunteers coming together to paint a global picture of Parkinson’s and work toward cures for everyone.”

To find out more about causes of Parkinson’s, please visit the Parkinson’s Europe website.

“We do not suffer from Parkinson’s, we live with it”

The last in our monthly series profiling WPC2019 bloggers