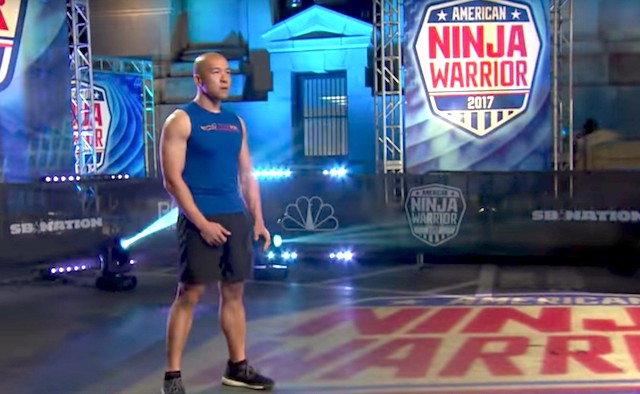 Michael J Fox, the actor and Parkinson’s ambassador, has recorded an emotive message to support a contestant on the TV show ‘American Ninja Warrior’

The actor Michael J Fox has hailed Parkinson’s campaigner and fundraiser Jimmy Choi as an “inspiration” to his family and people with Parkinson’s everywhere.

In an emotional video clip, aired ahead of Jimmy’s appearance on the American television show ‘American Ninja Warrior’, Fox encouraged the athlete, who has raised over £100,000 for the Michael J Fox Foundation.

The ‘Back to the Future’ star told him: “Team Fox has known for years that you’ve got the heart of a warrior, now you’re going to show the world.

“No matter what happens tonight you’re already an inspiration to your family, people with Parkinson’s, everyone watching and me.”

As he entered the packed arena ready to take on the show’s assault course, athlete Jimmy Choi played his own video, highlighting his personal battle with Parkinson’s.

The 41-year-old explained how he initially struggled with his diagnosis of young-onset Parkinson’s at the age of 27, and suffered from depression.

He has since gone on to complete multiple triathlons and bike rides on behalf of Parkinson’s charities, and had words of encouragement for others in the same position.

“My goal is to go out there and show everybody, no matter what they’re faced with, the hardest step is that first step,” he said.

“And once you take the first step, the rest of it becomes easy.”

Jimmy went on to impress on the assault course, overcoming the first two obstacles before falling at the ‘broken pipes’ section, meaning he narrowly failed to hit the buzzer at the finish line. This prompted the commentator to say: “You don’t always have to hit the buzzer to be a winner.”

Jimmy’s performance, which was part of the ‘American Ninja’ Kansas City qualifiers, touched a chord with viewers, who took to Twitter to heap praise on Parkinson’s campaigner.

Mrydin Thompson felt pride as she watched Jimmy take on the course.

Celina Barajas shared photos of dozens of fans, meeting up to cheer Jimmy on.

Every step Jimmy Choi took on that course was like hitting a buzzer in itself. A true warrior. #AmericanNinjaWarrior 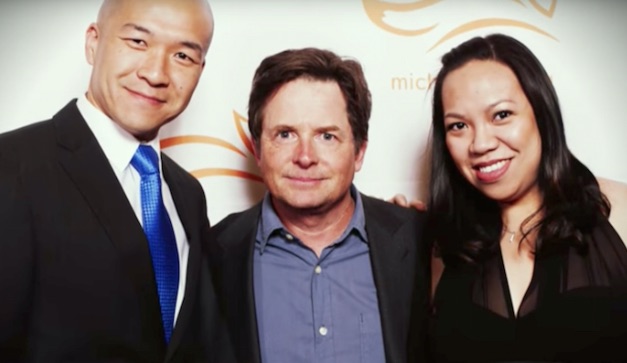