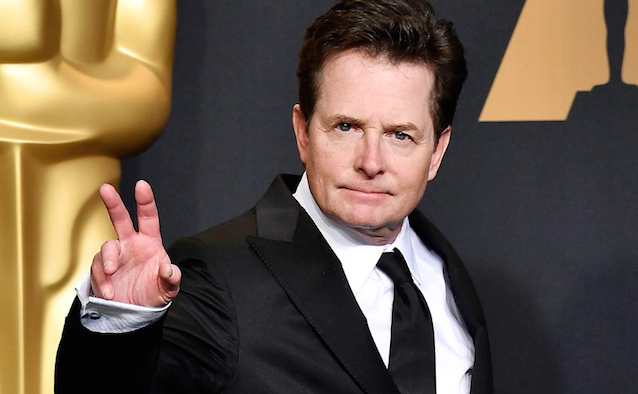 The Michael J Fox Foundation has announced that it provided US$80 million in funding to over 240 investigators from academia, biotechnology, pharmaceuticals and governments in 2017.

The organisation, which was founded in 2000 by the actor and person with Parkinson’s Michael J Fox, has funded a range of projects, focusing on: investigating Parkinson’s biological pathways, laboratory tools to accelerate Parkinson’s research, and growing the online Fox Insight study.

The foundation also shared the significant research progress that was made in 2017, such as the advancement of alpha-synuclien clinical trials, the release of new drugs to manage motor symptoms and the emergence of key technologies that provide insights to scientists.

Stay tuned for series two of the Parkinson’s Life podcast

The award-winning Parkinson’s Life podcast is back this month. Helping to amplify the voices of the international Parkinson’s community, the podcast has so far reached more than 12,000 people around the world. Thanks to the support of pharmaceutical companies, and the backing of a grant from the Boston Scientific Foundation Europe, the second series will bring together people with Parkinson’s disease and experts in their field to explore topics such as sleep hygiene, exercise and mental health, and to offer advice to listeners. Sandrine Bazile, president of the Boston Scientific Foundation Europe, says: “We fully support this project because it mirrors perfectly our mission to improve patient wellbeing using innovative solutions. We believe in the importance of the [Parkinson’s Life] podcast series, with its aim to improve the information and education available to people with Parkinson’s and their families – to help them live life to the full.”

How Parkinson’s disease could impact the way you see art

A new study from a team at the University of Pennsylvania’s Perelman School of Medicine, US, has indicated that Parkinson’s disease could affect the way people experience art. The researchers asked 43 people with the condition and 40 controls to make judgements about 10 paintings by American artist Jackson Pollock and 10 by Dutch painter Piet Mondrian, rating them according to factors including liking, beauty, motion, complexity and colour-saturation. The participants with Parkinson’s showed more of a preference for ‘high-motion’ art. They also showed a lower recognition of movement compared to controls, suggesting that the brain’s motor system may help interpret movement from static visual cues. However, the research team noted that many of the participants were on their usual medication, and that the impact of dopamine agonists on the experience of art would also need to be considered.

Researchers at Florida State University, US, have found that neuroticism – a personality trait that affects how people experience negative emotions – is associated with a higher risk of developing Parkinson’s disease. The scientists analysed data collected by biomedical database UK Biobank on nearly 500,000 participants aged 40 to 69. Using health records to determine the incidence of Parkinson’s disease in these participants, they found that those who scored in the top quartile of neuroticism were 80% more at risk of developing Parkinson’s than those who scored lower. Antonio Terracciano, lead researcher of the study, said: “Our findings suggest that some emotional vulnerability is present early in life, years before the development of Parkinson’s disease. It kind of gives you a better understanding of the risk factors for the disease and what could be a contributing cause […] The evidence is convincing.”