I think it is fair to say that Parkinson’s is like the poorer sibling when you compare it with other conditions. 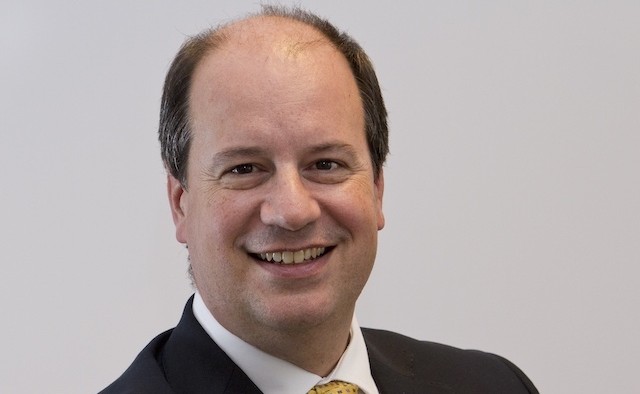 Russell discusses his vision for the future of Parkinson’s Europe, the reason Parkinson’s doesn’t get the attention it deserves – and why it’s “not dramatic” to call the drastic rise in Parkinson’s cases a pandemic

How did you get involved with Parkinson’s Europe?

I officially started my role on 2 January but have been advising the Parkinson’s Europe for quite a few years now. We first collaborated when Parkinson’s Europe worked with public affairs agency Grayling – of which I am CEO in Brussels, Belgium – in 2014. They asked me to be a facilitator for them at a European Union event they were hosting, and it has grown from there.

So, when I saw the opportunity of becoming their new secretary general I decided to offer my services – and here I am.

What are your plans in your new role?

Here at Parkinson’s Europe, we have many objectives but the overriding ones are the following three. Firstly, of course, to help find a cure. We won’t be able to find it by ourselves but we will play a significant part in raising awareness about the research opportunities that are available to Parkinson’s community, particularly clinical trials, and help other stakeholders to work collaboratively across borders.

Secondly, as finding a cure is a long-term goal, we want to ensure we are improving the lives of people with Parkinson’s here and now. The journey from diagnosis to when the condition is in its more ‘advanced’ stage is a long one. So we will continue to improve that journey for them, as we always have.

And thirdly, we need to continue educating policymakers and politicians at the European level. These are the people who shape the political framework and, hopefully through Parkinson’s Europe’s advocacy work, will help ensure more public funding is invested in research and management of Parkinson’s. We need to help educate them about Parkinson’s because they just don’t know enough about the condition compared with other diseases.

Why do you think other conditions get more attention tha Parkinson’s?

I think it is fair to say that Parkinson’s is like the poorer sibling when you compare it with other conditions. I feel policymakers just aren’t as aware of it. In the 1980s, when the EU started to get involved in health, their main focus was on cancer – and it’s important to note that cancer wasn’t the biggest killer at the time. I think that was because in some cases cancer is curable, so it was seen as an easier win.

Of course, as we all know, there is no cure for Parkinson’s (yet) – so there are no easy wins.

How do you address this issue?

It’s all about education, and not just among policymakers.

Medical professionals often don’t have the resources and expertise needed to treat people with Parkinson’s to an optimum standard. It’s such a complex and individual condition, and as a community we need to ensure every person affected has access to knowledgeable and engaged doctors, nurses and other healthcare professionals who can help improve their lifestyle.

Equally, we need to be educating people with Parkinson’s themselves. We want people to be visiting their doctors with confidence; we want them to know about the various potential treatment options that are available to them. This way they can make considered suggestions about their own health decisions and therefore play a more active role in their own care, which is so important.

We need to empower people with Parkinson’s to have those meaningful discussions with healthcare professionals and take control!

Do you have a personal connection with Parkinson’s?

When I was a teenager, I lived in a small village in West Sussex, England where many people went to retire. I was the only child in the area as everyone else was well into their 70s and 80s. So, as a youngster I knew a lot of older people who lived with Parkinson’s and actually helped them with their shopping, cleaning their cars, doing some gardening and just chatting to them! At the time there was a stigma around it, and thankfully things have moved on since then.

I also have a daughter who lives with Lyme disease, so I understand what it’s like to be misunderstood by healthcare professionals and care for someone who has a chronic illness.

I’d like to reiterate that this is such an important time for Parkinson’s community, and we need to group together to work towards our goals. There are six to 10 million people who have been diagnosed with Parkinson’s around the world, but many experts are expecting this to double in the next 10 to 20 years. It is a condition that is growing significantly in numbers. It’s a pandemic – and that is not being dramatic.

What this means is that, no matter how difficult it is, it’s now more important than ever that we keep fighting – together – to find a cure.

I think it is fair to say that Parkinson’s is like the poorer sibling when you compare it with other conditions.

Find out more about a new DBS innovation