“One patient isn't like another – we need a really individual therapy for people with Parkinson’s, and this is possible by getting digital feedback on brain signals” 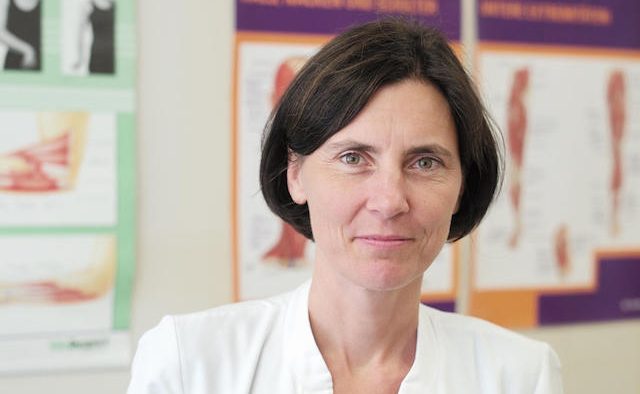 Professor Andrea Kuhn – a leading expert in the field of Parkinson’s – tells us how a new deep brain stimulation system by global medical technology company Medtronic is paving the way for more effective, personalised, and adaptive treatment for Parkinson’s and other neurological conditions

Andrea Kuhn, a professor of neurology based in Berlin, Germany, has been working in the field of Parkinson’s for more than 20 years.

During that time, the team at Charité – University Medicine Berlin has performed deep brain stimulation surgery (DBS) – a procedure in which electrodes are implanted deep inside the brain – on around 1,000 people with the condition.

So she’s well aware of the need for greater personalisation when it comes to the treatment.

“In people with Parkinson’s, the first stage of treatment is medication,” she explains. “Later in the course of the condition – when ‘on/off’ fluctuations start, medication is no longer sufficient, and dyskinesia (involuntary movements) occurs – then, DBS is a very effective method to achieve a stable motor state.”

Current DBS technology stimulates patients 24 hours a day with the same frequency and amplitude “irrespective of how the patient feels or whether they are awake or asleep”, says Professor Kuhn.

But the next generation of technology – including the new Percept™ PC neurostimulator with BrainSense™ technology – is aiming to change that.

It comes with a handheld device called the Patient Programmer, which allows users to switch their stimulators on and off – and record any significant changes in brain activity.

“With the click of a button, the patient can record a freezing episode or the times during the day that they take medication,” says Professor Kuhn, who heads up the Movement Disorders and Neuromodulation unit at the university hospital.

“It’s an opportunity to record the moments each patient feels good or bad and offers doctors insight into brain activity while patients are at home – so that’s very helpful.”

Comfort, compatibility and combating side effects

Professor Kuhn describes the new device’s ability to record brain signals and stimulate patients at the same time as a “big step forward”, both in understanding the underlying causes of Parkinson’s and in moving towards more personalised treatment.

“Parkinson’s is also highly individual. One patient isn’t like another – we need a really individual therapy for people with Parkinson’s, and this is possible by getting digital feedback on brain signals.”

Clinicians can use the data gathered automatically by the device – alongside the specific symptoms and incidents recorded by the patient through the Patient Programmer – to build a much clearer picture of the brain changes that occur for that individual, and to adjust their therapy accordingly.

The Medtronic device also has the ability to include low pulse width, which can help tackle Parkinson’s side-effects like speech disturbances.

“From our experience and from published data, we know that with a shorter pulse width of 30 or 40 microseconds – instead of the 60 seconds offered by most devices – these side effects can be reduced or potentially avoided over time,” says Professor Kuhn.

She adds that the new neurostimulator is also expanding the possibilities for treating people with dystonia – a movement disorder in which people suffer involuntary muscle contractions.

“With dystonia, studies have shown that the area where abnormal activity is most prominent, is also the area where stimulation is the most effective,” she says. “Medtronic’s new DBS system could help us to better understand the underlying disorder by recording the brain signals – and identifying the best stimulation site for individuals.”

Carving out the future of DBS

Reflecting on the major innovations in DBS over the last 10 years, Professor Kuhn says that “in the long run, the aim of DBS therapy is adaptive closed loop stimulation” – which is the ability to record “from minute to minute how much stimulation is needed and adjust the therapy based on the very individual needs of a patient”.

Medtronic’s Percept™ PC neurostimulator brings Parkinson’s clinicians closer to this goal, she says, as “it gives us the opportunity to record these brain signals in a large patient population for the first time, and carves a possible way for closed loop stimulation to be established in clinical routine”.

“It’s a very big step forward to really implement a new concept of therapy for DBS.”

For more information about Medtronic DBS and the Percept™ PC neurostimulator with BrainSense™ technology, please visit the Medtronic website.

At a glance: benefits of the Percept™ PC neurostimulator

In your experience, who benefits most from deep brain stimulation (DBS)?

“DBS is usually recommended when motor symptoms start to fluctuate during the day and medication is not enough to achieve a stable condition. When people with Parkinson’s develop dyskinesia or start to experience ‘off’ periods before they take their next medication, then it’s really time to think about invasive therapy. The recommended age range is below 70 and the people who would benefit most are younger patients with mainly motor symptoms.”

Can you share your most memorable stories of the difference the therapy has made?

“We treated a little boy for very severe generalised dystonia – involuntary muscle movements. He played the piano, and it was when he started getting cramps in his little finger during practice that he first realised something was going wrong. Within less than two years, his dystonia was so severe that he couldn’t walk anymore. With DBS, he improved so much that he could walk and even play the piano again. We also treated an elderly woman with Parkinson’s and a very severe tremor. She loved going to concerts but had stopped because her tremor was disturbing the people around her. When I met her after her DBS treatment, the first thing she told me was that she’s now able to go to concerts again.”

1997: Doctors use Medtronic DBS therapy to treat people with essential tremor and Parkinson’s tremor in the US

2015: Some Medtronic Activa™ DBS systems receive FDA (US Food and Drug Administration) approval for use during MRI anywhere on the body for certain conditions

This article is sponsored by Medtronic. The information in this article is given for information purposes only and does not represent an endorsement by the European Parkinson’s Disease Association of any particular treatments, products or companies. This article is not a substitute for advice from your doctor, pharmacist or other healthcare professional. Parkinson’s Life makes no representations or warranties of any kind, express or implied, about the completeness or accuracy of information provided.

“One patient isn't like another – we need a really individual therapy for people with Parkinson’s, and this is possible by getting digital feedback on brain signals”