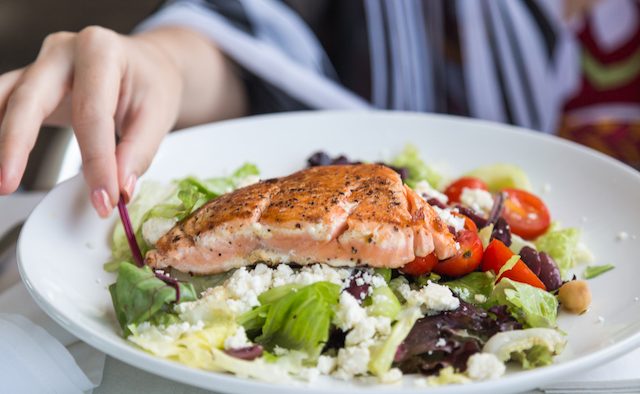 A study by scientists in Sweden has suggested that women who eat a ‘Mediterranean diet’ at middle age could have a lower risk of Parkinson’s later in life.

The report, published in the Movement Disorders journal, used dietary information from more than 47,000 women aged 29 to 49, recorded between the early 1990s and 2012. They looked at how closely the women adhered to a Mediterranean dietary pattern (MDP), which is high in foods such as vegetables, fruits, nuts, unsaturated fats and legumes. They then compared the information with data from the Swedish National Patient Register to find out whether participants had been diagnosed with Parkinson’s.

The researchers found that those with a high adherence to the diet had a 46% lower risk of being diagnosed with the condition compared to those with a low adherence, concluding that “higher adherence to a Mediterranean diet at middle age was associated with lower risk for [Parkinson’s Disease]”.

Find out more about the study on ‘Mediterranean diets’ and Parkinson’s.