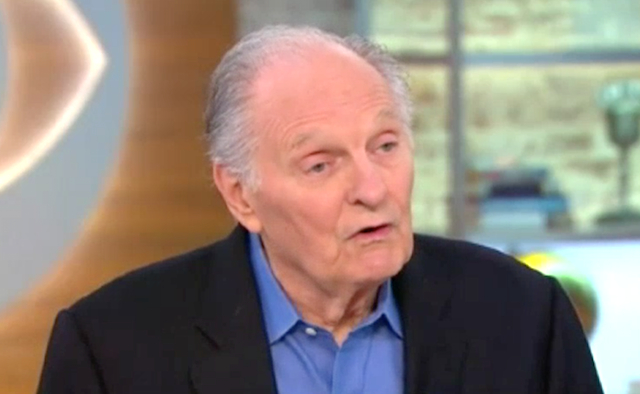 Alan Alda, the US actor best known for his roles in ‘M*A*S*H’ and ‘The West Wing’, has announced that he has Parkinson’s.

The 82-year-old actor revealed that he was diagnosed three-and-a-half years ago, and has decided to share the news as his symptoms became more noticeable.

Appearing on US talk show ‘CBS This Morning’, the actor said: “I had been on television a lot in the last couple of weeks talking about [my] new podcast – and I could see my thumb twitch in some shots.

“I thought, it’s probably only a matter of time before somebody does a story about this from a sad point of view, but that’s not where I am.”

NEW: Actor @AlanAlda just revealed he has Parkinson's disease. The award-winning actor says he was diagnosed with the disease three and a half years ago. https://t.co/cYba2YKewS (via @CBSThisMorning) pic.twitter.com/OpIUBvCKWi

Alda also took to Twitter to explain his decision to go public. He tweeted: “I decided to let people know I have Parkinson’s to encourage others to take action. I was diagnosed 3 and a half years ago, but my life is full. I act, I give talks, I do my podcast, which I love. If you get a diagnosis, keep moving!”

He continued: “I take boxing lessons 3 days a week, play singles tennis twice a week, and take a mild pill – all Dr. recommended. I even juggle a little. And I’m not entering dementia. I’m no more demented than I was before. Maybe I should rephrase that. Really, I’m good.”

I decided to let people know I have Parkinson’s to encourage others to take action. I was Diagnosed 3 and a half years ago, but my life is full. I act, I give talks, I do my podcast, which I love. If you get a diagnosis, keep moving!
More>> pic.twitter.com/zHrNxvlwcS

Born in New York, US, in 1936, Alda went on to forge a successful acting career spanning over five decades. A six-time Emmy Award and Golden Globe Award winner, he is best known for his role as Hawkeye Pierce in war television series ‘M*A*S*H’ – but also appeared in ‘The West Wing’, ‘ER’, ‘The Blacklist’ and ‘The Aviator’ among others.