I’m feeling fine and dandy, but I have to share with you that I have been diagnosed with Parkinson’s

Mark Mardell on his Parkinson’s disease diagnosis: “I do expect it to get worse” 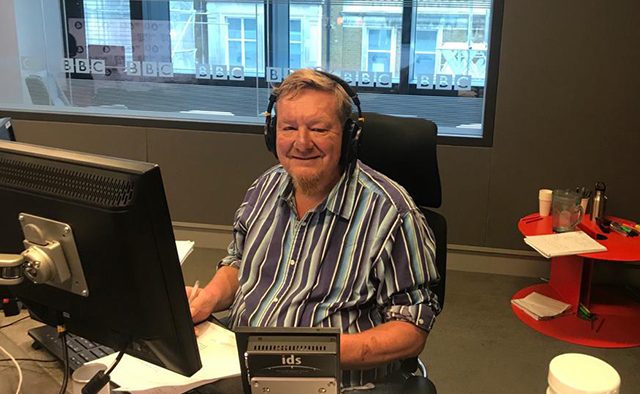 UK journalist and presenter Mark Mardell has spoken out about his recent Parkinson’s diagnosis, receiving a positive response from colleagues and the community beyond

Former BBC editor Mark Mardell has received supportive comments from colleagues and members of the Parkinson’s community since sharing that he has been diagnosed with the condition.

The journalist and presenter spoke about his diagnosis on an episode of UK broadcaster Roger Bolton’s podcast, ‘Beeb Watch’. “I’m feeling fine and dandy, but I have to share with you that I have been diagnosed with Parkinson’s disease,” said Mardell, “which means my voice is rather strange and weak… I’ve lost a bit of my boom. And I’m getting used to being the quietest person in the room rather than the loudest.”

Bolton, who also spoke with Mardell about recent cuts to the BBC World Service and asked whether the former editor is nurturing young talent, replied: “Your voice may be weaker, but your brain certainly isn’t.”

The former presenter explained that he first noticed symptoms whilst shopping at the UK supermarket, Waitrose, earlier this year. “I started thinking at the beginning of this year Waitrose are making their packaging really hard to get into these days – what’s this about?” he said. “And then I found my arms suddenly lifting above my head for no particular reason, or at least staying there.”

Mardell explained that it was at dinner with a physiotherapist friend that he was encouraged to visit his doctor.

Last week, Mardell joined BBC Radio 4’s flagship programme, ‘Today’, alongside Rory Cellan-Jones, a former BBC technology editor who lives with Parkinson’s himself, and who often discusses the condition in his healthtech-focused newsletter, ‘Always On’.

Across social media, friends, colleagues and members of Parkinson’s community have shared their support for Mardell.

Sorry to hear on @BBCRadio4 news just now that my excellent former colleague Mark Mardell has been diagnosed with #Parkinsons. I have a history of PD in my family; it’s the fastest growing neurological condition in the world. I ran my 10K to raise funds for @ParkinsonsUK

Sad news but Mark deals with it with great spirit and humour. https://t.co/wdxfPOJMem

Jane Jackson, a member of Parkinson’s community, thanked him for his honesty:

I have just listened to @ruskin147 and @MarkMardell on @Radio4 talking about #Parkinsons thank you for talking so openly and honestly, my husband also lives with the condition.

I’m feeling fine and dandy, but I have to share with you that I have been diagnosed with Parkinson’s

How an online support group is "empowering" people