Pushing yourself and finding out what you’re capable of is the most important thing you can do. 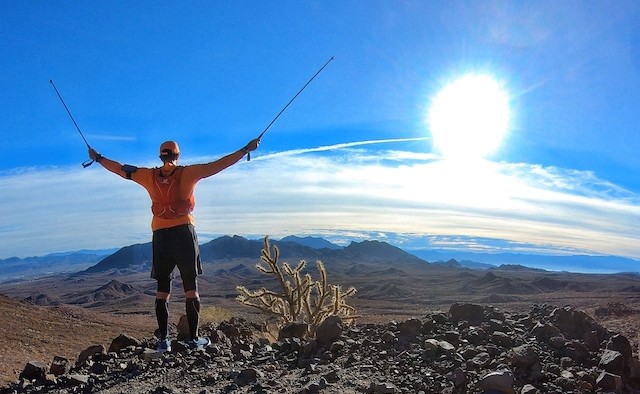 We talk to Parkinson’s advocate Bill Bucklew about walking 2,500 miles across US, raising over US $100,000 for Parkinson’s – and why he is not afraid of failure

“You know my coach dropped me two months before the walk because he didn’t think I would be able to do it. He thought my body wasn’t up to it and didn’t want to be involved if I was going to hurt myself. He was afraid of failure.”

That fear of failure is certainly not something you could accuse Bill Bucklew of. Since his diagnosis in 2012, the campaigner has walked 2,500 miles across the US, climbed Kilimanjaro and completed a full Ironman triathlon – all to raise money for the condition.

Bill was diagnosed at 43, after struggling with rigidity in his arms and legs for several years. It came as a surprise when, not long after, his 83-year-old father was also diagnosed with the condition.

“I noticed his symptoms before he did,” says Bill. “ What’s different is, when you’re 83 you have a cocktail of problems, so it was just one component of things he was dealing with. For me, as a young-onset person, Parkinson’s became a primary thing”.

Bill explains how making the decision to tell everyone he knew about his diagnosis made him more open – and ultimately led to forming connections with the wider Parkinson’s community.

“Telling everyone I knew helped a lot. I then openly started fundraising and working with Team Fox. Being open allowed me to meet other young-onset people like American Ninja Warrior Jimmy Choi – who’s now one of my best friends. The community really helped me through those early days.” 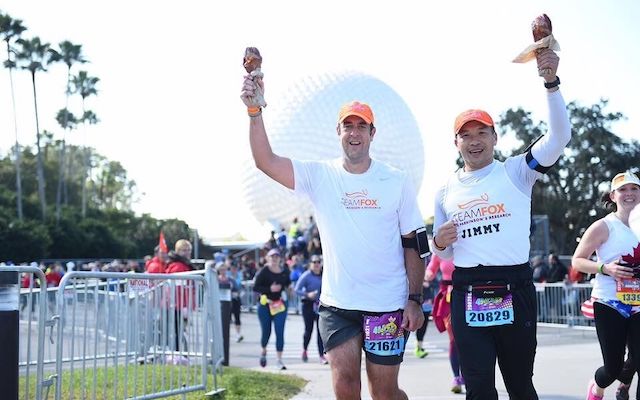 “I had to put myself out there in a big way”

After years of fundraising efforts – which saw him travel the world taking on extreme challenges – Bill hit what he calls “donor fatigue”.

He says: “I couldn’t ask the same people to contribute for the ninth year in a row. I knew I had to put myself out there in a big way – so I came up with the idea of walking 2,500 miles across America.”

Beginning his journey in Ivy Island, Georgia, US, Bill set off on 24 November 2017, the day after spending Thanksgiving with his parents.

“The concept was to literally get up from the Thanksgiving table and set off”.

And so began a 2,500 mile journey that saw Bill encounter, among other things, a pack of aggressive dogs, a fierce wind storm and a wild bear. When recounting his journey, however, it’s the generosity and kindness of people that resonates with him.

“I was overwhelmed by the people I met,” he says. “People let me stay at their house, cooked for me, joined me for stretches of the walk. One young medical student even visited me in the middle of the night to support me.”

After walking for a total of 67 days, going through 26 pairs of shoes and losing 37 pounds, Bill finally touched down in sunny San Diego, US, on 31 January 2018.

As well as achieving the record for the fastest time to walk across the US, Bill is particularly proud of one other achievement: “My feet were so torn up, the doctors actually wanted to document pictures of my feet they were so shocked.”

“Failure is the option”

Bill’s walk attracted media attention from around the world and led to him being invited by TED Talks – a platform that posts inspiring talks and stories online – to speak about his experience.

The title of his talk, ‘Failure is the option’, explores the importance of being open to failure, and pursuing passions despite the possibility of being unsuccessful. Much of the inspiration for his talk came from that feeling of abandonment when his trainer left him.

“Failure for me is not about what you didn’t manage to do. It’s about pushing yourself and finding out what you’re capable of.”

Since Bill’s walk across the US, which raised US $110,000 for the Michael J Fox Foundation, he has continued to campaign and train for various feats – including the Boston Marathon and an ultramarathon in Hong Kong, China.

For Bill, it’s these adventures that push him to exercise every single day. It’s clear it’s going to take much more than a Parkinson’s exercise to slow him down.

Pushing yourself and finding out what you’re capable of is the most important thing you can do.

Manon Day on being a young black woman with Parkinson’s