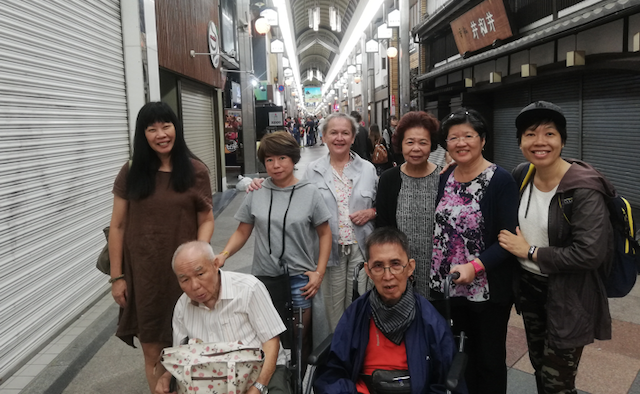 In the latest in our ‘In My Country’ series, Malaysia Parkinson’s Disease Association president Sara Lew (left) discusses unfair misconceptions about the condition – including that it’s caused by the supernatural – the power of social media, and her “delight” at being given an award at this year’s World Parkinson Congress

Today, many people in Malaysia still view Parkinson’s as an ‘old man’s disease’, which means that people who have the condition only seek treatment when the symptoms start to noticeably impact their day-to-day lives. Often, the mask-like expressions and speech problems associated with Parkinson’s lead people who don’t understand the condition to view patients as ‘demented’ rather than ill.

Those living in rural areas don’t seek modern medical help and instead resort to traditional medicine. They believe their condition is caused by the supernatural and that a witch doctor will cure them. As a result of this, they often become incredibly anti-social and isolated because they don’t want to pass their ‘bad luck’ onto others.

These are the reasons we continue to raise awareness here in Malaysia – something I have actually found easier since starting in 1995 because of the rise of social media. The younger generation are generally more informed because they can access so much information about Parkinson’s on Facebook, Instagram and YouTube.

The Malaysia Parkinson’s Disease Association (MPDA) was formed by a group of people with Parkinson’s and carers in the capital city of Kuala Lumpur in 1994 – meaning that this year actually marks our 25th anniversary.

I’m proud to say we are the longest standing Parkinson’s support group in Malaysia, and our current membership count stands at around 300. Our main aim is to help people with Parkinson’s, their carers and family members to improve their quality of life through education and support.

We’re not funded by the government, so we rely entirely on the support of our members and the public.

I joined the MPDA as a member in 1995, to accompany my late father who had Parkinson’s. He needed me to be his translator (from English to Chinese) and also his driver.

Before the MPDA was formed, there wasn’t much information on Parkinson’s available in Malaysia and my brother had to send my father Parkinson’s reading materials and information all the way from Taiwan. 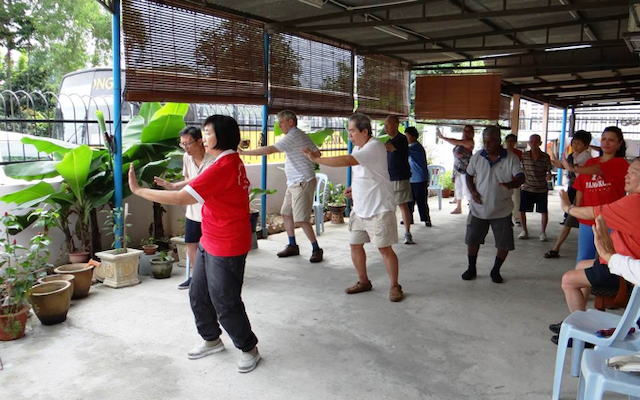 While social media has made it easier to raise awareness – it’s not been so easy to raise funds. As one of the non-governmental organisations in Malaysia, we are constantly in competition with other NGOs for public donations.

There are some very good neurologists in Kuala Lumpur, but there is still a shortage of neurologists in Malaysia overall, especially in the outer areas like Peninsular Malaysia and the Borneo Islands in East Malaysia. A lot of people have to fly to Kuala Lumpur to get their treatment – while others rely solely on visiting neurologists.

One of our biggest achievements as a group includes successfully advocating for Parkinson’s disease to be recognised as a disability by the government, which it finally was in 2012. This means that people with Parkinson’s who hold disability cards can access free treatment and get discounts on public transport.

We’re also happy to see our centre is always busy. Our weekly Tuesday activities – which include tai chi, speech therapy, dancing and drum circles – normally attract an average of 50 people per session.

We’ve made a series of strong partnerships. Our involvement with the IMU Cares project – organised by the International Medical University in Kuala Lumpur – means they provide our members with free physiotherapy, chiropractic and dental care and in return the students get to conduct research at the MPDA.

More personally, I was delighted to receive the Robin A Elliot Award for Service to the Community while attending the World Parkinson Congress 2019.

At the moment, we’re really focussing our efforts on rebuilding our existing premises – to four times its current size – in order to cater to our expanding membership and activities. The project is set to cost a minimum of RM 1 million (GBP £198,625) and is still pending approval from the local authorities. We hope that having a new, modern building will attract more staff who will be encouraged to stay with us more permanently.

To find out more please visit the MPDA website.

A window into the world of young-onset Parkinson’s