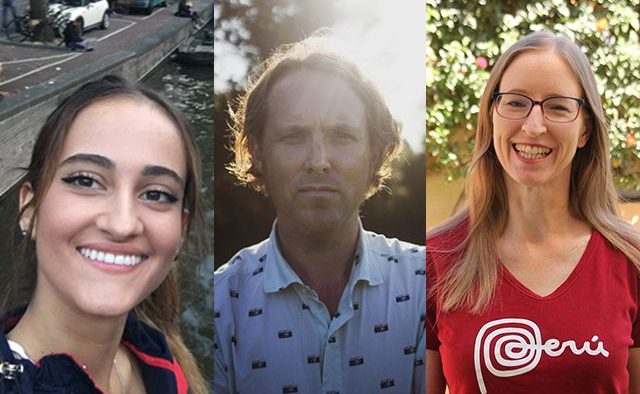 In this roundup, we look back at interviews with three inspiring filmmakers from around the world – and explore how they’re sharing stories on the screen to help raise Parkinson’s disease awareness

A tremor in his left hand first signalled something was wrong to film director, writer and lecturer Brett Harvey. At age 37, he was diagnosed with young onset Parkinson’s disease. This symptom became a key part of his short film, ‘Hand’, which explores his experience of the condition as he conducts day-to-day activities.

Reflecting on the reaction to the film, Brett told ‘Parkinson’s Life’, “The outpouring of love and support from colleagues and friends is incredible. But the most overwhelming thing is hearing from people saying that the film is helping them process their condition, which is astonishing. I never really expected that.”

Find out more about Brett Harvey.

After she was diagnosed with Parkinson’s, blogger and filmmaker Christine Jeyachandran travelled to the north of Peru and decided to visit others living with the condition. When she met Rosita and her mother, Dorys, she knew their story had to be told. This led to the creation of the short film, ‘Would You Sell Your House to Save Your Mother?’.

“Stories like this bring alive the suffering of those with Parkinson’s and their whole families,” Christine said. “Stories can connect with people in a way that facts and scientific reports can’t.”

Find out more about Christine Jeyachandran.

Filmmaking student Nina Caprice says she has wanted to be a filmmaker since she was a child – and now, with the creation of ‘P is for Paradise’, she has achieved that goal. She told ‘Parkinson’s Life’ that, when exploring an idea for her university graduation film, she realised she could express her “gratitude and admiration” to her father by creating a documentary about his experience with Parkinson’s.

When asked about her desire to raise awareness, Nina said, “This is a condition that can strip away people’s sense of individuality. It’s important to share the challenges they may face, but it’s also essential to display the efforts people with Parkinson’s make every day to overcome their struggles.”

Find out more about Nina Caprice.