“It’s the most common disease you have never heard of” 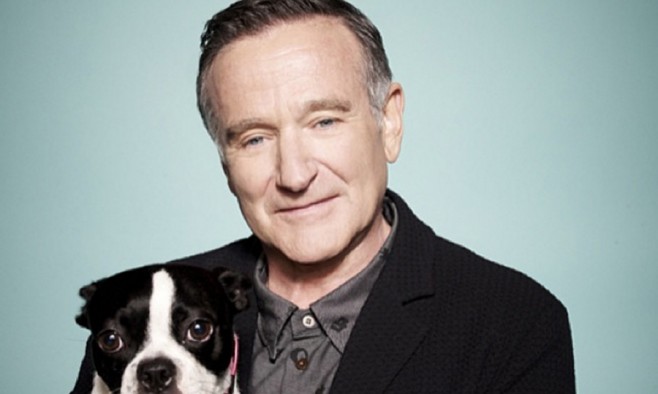 Amid revelations that Robin Williams also suffered from Lewy body dementia, as well as Parkinson’s disease, before his death last year, we shed light on the little-known dementia, often misdiagnosed as Parkinson’s and described by experts as “the most common disease you have never heard of”

Not heard of Lewy body dementia or LBD before? You’re not alone. According to Dr James Galvin, a neurology and psychiatry professor at Florida Atlantic University: “It’s the most common disease you have never heard of.”

It’s a disease described by Jacqueline Cannon of the Lewy Body Society as “the worst bits of Alzheimer’s and the worst bits of Parkinson’s put together”. The symptomatic similarities that LBD shares with these diseases means it is often initially misdiagnosed as one or the other. It is, however, considered far more brutal and viciously progressive.

While the patient is living, the diagnosis process is not conclusive, with tests that are only able to rule out other conditions by deduction. Absolute diagnosis can only be confirmed after death if Lewy bodies are found in the brain at post-mortem examination.

While researching Parkinson’s disease in 1912, German neurologist Freiderich H Lewy (who was a colleague of Dr Alzheimer) discovered small deposits of the alpha-synuclein protein present in the brain cells of people with the condition. These proteins were later named Lewy bodies and are occur in both LBD and Parkinson’s.

The deposits develop inside some nerve cells (neurons) in the brain at the synapses, interrupting messaging and causing neurons to die. The patient could develop dementia if they are found in the cortex, or Parkinsonism if found in the brain stem.

“A sea monster with 50 tentacles of symptoms”

“This disease is a sea monster with 50 tentacles of symptoms that show when they want,” Schneider said of LBD. “We were living a nightmare.”

One of the main differences to Alzheimer’s disease is that the patient is aware of the mental deterioration, that they are losing their mind. And the more aware they are of the situation, the more likely depression is to worsen.

Schneider added: “Robin was very aware that he was losing his mind and there was nothing he could do about it.”

Jacqueline Cannon said of her father’s condition: “He always used to say to me, ‘I’m losing my mind’. We say to people that LBD is not just about memory. It’s about the other symptoms that go with it, especially the hallucinations.”

Like Parkinson’s disease there is currently no cure for LBD, and a need to raise awareness – the case of Robin Williams will no doubt help. Dedicated research centres do already exist, such as the leading Biomedical Research Unit in Lewy Body Dementia at Newcastle University.

Professor Ian McKeith, president of the Lewy Body Society, believes there is cause for hope however. In a piece published by The Conversation, he wrote: “Therapeutic trials have been few and far between in LBD because of a combination of a lack of compounds to test, a pre-occupation with targeting Alzheimer’s and a reluctance of regulatory bodies to recognise LBD. All of these are now changing and LBD is increasingly viewed as a malleable and commercially-viable target.”

“It’s the most common disease you have never heard of”

Parkinson’s Life and partners recognised in ‘Best Charity Campaign’ a