Ultimately, let's be honest. If we didn't laugh, we'd all be sat crying

Kitty Fitton on coping during the coronavirus crisis 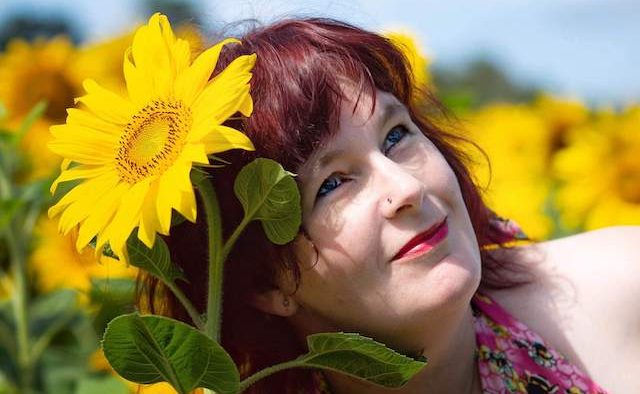 Kitty Fitton, a blogger, comedian and business owner based in New Zealand, tells us how she struggled to find employment after her Parkinson’s diagnosis, her ‘accidental’ career in comedy – and why she thinks a sense of humour is “vital” during the coronavirus pandemic

Tell us about your career as a stand-up comedian.

I got involved very much by accident. I had complained that Parkinson’s magazines were full of old people looking happy on mobility scooters – I wanted to know where the people like me were. This led to an editor of a Parkinson’s magazine asking me to speak at a local seminar. I spent weeks writing my speech and although it felt odd talking about my condition, I received a standing ovation and knew I had to do more.

After that, the same editor suggested I try stand-up, which I resisted at first – but then I thought, why not? Since my Parkinson’s diagnosis four years ago, I have firmly believed in giving everything a go at least once. I made my stand-up debut and I’ve been hooked ever since.

I refer to myself as an observational comic. There is so much comedy in everyday life, so I talk about real things that have happened. Parkinson’s is a part of me, so naturally it seeps into my routines. If something strikes me as amusing or quirky, I’ll use it.

Why is humour important during a pandemic?

It’s vital that we keep our sense of humour, especially at times like this. The ability to laugh at oneself, and perhaps indulge in a little dark humour from time to time helps keep things in perspective.

It’s been a very strange time. Here in New Zealand we closed our borders and locked down movements of the public so quickly. In some ways I’ve never been so social – but it can also be rather lonely. We’re doing our best to stay positive.

Ultimately, let’s be honest. If we didn’t laugh, we’d all be sat crying.

How have you been tackling loneliness while self-isolating?

I have a number of friends who were quite lonely and a little worried about coronavirus, so we set up a video call on Zoom and chatted about our experiences of lockdown in different countries.

There were only a few of us, but next time there will be more people joining in. Now more than ever, it is so important to communicate – it’s easy to withdraw and see the world as a scary place. Talking helps us realise that we’re not alone, that others share the same worries, concerns, and hopes for the future. Communicating with others around the world absolutely cheers me up – and everyone is welcome to join our call!

What’s it like being your own boss while living with Parkinson’s?

Everything is more manageable when you work for yourself. I love the flexibility of being self-employed, but the hours are terrible and the money is inconsistent. I run my own business because despite being eminently qualified and competent, I really struggled to find anyone to employ me – which I truly believe is because I admitted I had Parkinson’s.

People advised to keep quiet about my condition to avoid being judged, but I’ve always been very pragmatic about it. I’ve been asked about my Parkinson’s in job interviews, and many people will understand the look of sympathy you get from some people. I don’t introduce myself as having Parkinson’s, but I don’t deny it either.

What are your top tips for navigating a career with Parkinson’s?

Don’t be ashamed. You didn’t want it, but there’s nothing to hide. Call people out that might make comments or are misinformed. You don’t have to be rude, just simply explain. Remember that you know best about this and don’t allow people to side-line you or ‘help’ you out because you’re ill.

Need to know: Kitty Fitton is originally from Leeds, UK, and was diagnosed with Parkinson’s in 2015 at the age of 41. She now lives in New Zealand with her husband four children. She runs a small business that offers digital marketing and website design – alongside public speaking about Parkinson’s, stand-up comedy and a little MC-ing.

For more information on Kitty Fitton or to contact her regarding her Zoom calls visit her website kittyfitton.com.

Ultimately, let's be honest. If we didn't laugh, we'd all be sat crying

Kitty Fitton on coping during the coronavirus crisis

Elevate your to-read pile with our recommendations