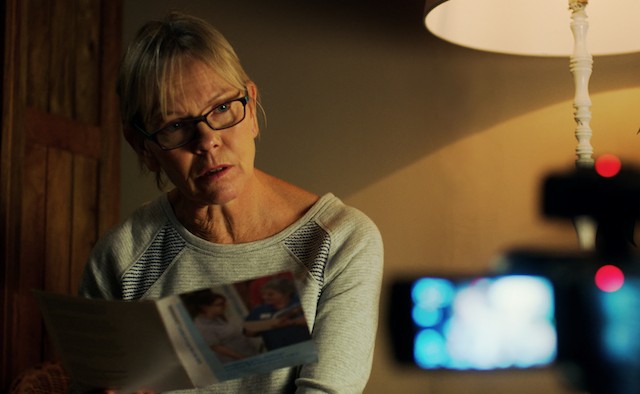 ‘Kinetics’ – a play which explores the relationship between a free running-obsessed teenager and a teacher with young-onset Parkinson’s – has been made into a film that will screen in London, UK.

The play – which was written by actor Sue Wylie – received such positive reviews that Sue was able to raise £30,000 from a Kickstarter campaign to adapt it for the big screen.

“I was teaching part-time when Laszlo came to my attention. He was getting into trouble for free running on the school roof. It became clear on talking to him he was in danger of getting kicked out of school before he completed his GCSEs. I suggested we write a short monologue in which he could express the frustrations that made him want to go running.

“But then inspiration hit and I realised it would be a far more interesting story to contrast his world of extreme movement with my ever-decreasing one. And so ‘Kinetics’ was born.”

In one memorable scene Rose – played by Sue – is informed of her Parkinson’s in a cold and unsympathetic manner by her doctor, something which Sue said she and many others have experienced.

The impact of that scene was so significant that several medical institutions – including Exeter University, Dorset County Hospital and Bournemouth Hospital – are using it as a learning resource to help junior doctors approach diagnosis.

“I have been amazed and overwhelmed at the response ‘Kinetics’ has had,” said Sue. “It seems to strike a chord with doctors, admitting they often forget their patients are human beings with a history behind them.”

The film will be shown at the Everyman Cinema in Baker Street, London, UK on 24 June at 11:00 GMT.  You can buy tickets here, and view the trailer below.