Let’s Shake is an annual Parkinson’s fundraiser that is held in Ontario, Canada. Since conception the event has grown significantly, raising over $250,000.

I didn’t understand how it could be. I was only 45, I didn’t think people could get Parkinson’s that young. I was completely lost 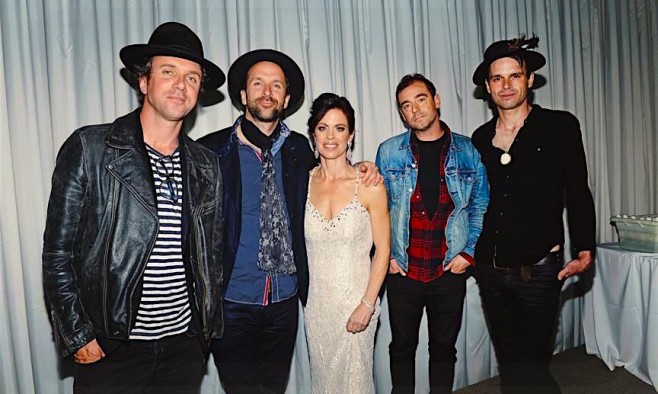 Kim Petrie had a senior role in banking when she was diagnosed with young-onset Parkinson’s at 45. She tells us about coming to terms with the condition, her new found career in fitness – and how her Let’s Shake concerts have raised over $250,000, to fund Parkinson’s research students, in just five years

When did you first start experiencing Parkinson’s symptoms?

It was back in 2009 when I was watching a hockey game with one of my sons – I live in Hamilton in Ontario, Canada, and hockey is a big deal. It was a pretty tense match and I noticed that my left leg would simply not stop shaking. At the time I didn’t think much of it and just put it down to a combination of the cold weather and stress. Although I didn’t know it at the time, that was my first experience of Parkinson’s symptoms.

About six months later I was in a pretty grueling job interview, it was particularly stressful, and my leg started to shake again. I told myself it was just stress and carried on as normal.

In the couple of years that followed I began to notice changes in my body, and more specifically my ability to do things. At first I found it slightly more difficult to tie my hair in a ponytail, then cutting my food up was trickier and I could no longer put my trainers on by sliding my foot into them. As my tremor became a little more pronounced, I decided it was time to see a doctor, to try and find out what was happening.

I discussed my symptoms at the clinic and suggested that it might be Parkinson’s, as that was a condition that I associated tremors with.  My doctor disagreed but sent me to a neurologist to have more tests. It was after those tests that I was officially diagnosed with young-onset Parkinson’s.

How did the diagnosis make you feel?

Initially, it was sheer disbelief. I didn’t understand how it could be. I was only 45, I didn’t think people could get Parkinson’s that young. I was completely lost; I didn’t know where I could go from there.

I didn’t have any prior knowledge about Parkinson’s, there was no history of the condition in my family, nobody close had ever experienced it. I had no game plan, no direction, no cure. My husband and I felt like we were on our own. 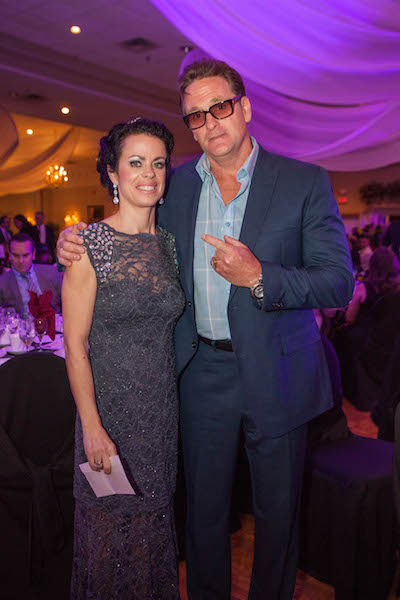 Who did you first share the news of your diagnosis with?

I wanted to keep my diagnosis quiet, so at first we only told two of our closest friends. I didn’t want to tell the kids. I then went several months without sharing the news with anybody.

We carried on with life as best we could, I left my job and we decided to move house. I started a new role shortly afterwards but that was a mistake – I struggled to mentally function with learning a new job.  I stopped work again so that I could try and get my head straight. It was really difficult.

Why did you decide to go public with your condition?

My husband and I wanted to do something productive, something to help in the fight against Parkinson’s disease. We discovered an organisation called The Light of Day Foundation, which holds music-based fundraisers to benefit Parkinson’s charities.

“Fundraising just felt right to us, this was our silver lining”

We knew straight away that we wanted to do something similar. My husband is a musician and I studied event planning at college – something that I had never put to use. It just felt right to us, this was our silver lining, what we felt we must do. And, of course, if I wanted to raise money then that meant that I would have to go public with my condition.

How did you go about sharing your condition with others?

Well I had already told my oldest, so the next step was to tell my other two children. After that I decided to share my news with the Facebook community.

The comments and emails came flying in thick and fast. People were shocked that I had kept it to myself for so long – by this stage I had been living with Parkinson’s for two years.

We then gathered a few close friends round our dinner table and started to plan our first event, a music concert called Let’s Shake. Our aim was to sell 200 tickets and raise approximately $8,000. We ended up selling 550 and making over $25,000. We were so happy: for that to happen on our first time, we were just in awe.

It sounds like you’ve had a lot of support for the event?

The support has been incredible. I never dreamt the event would grow as much as it has. Not only have we had exceptional backing from our friends and community, but also from figures within the public eye. Canadian sports broadcaster Dave Hodge is a big fan and comes down to every event. We’ve also had support from Canadian rock band The Trews and retired ice hockey star Steve Ludzik. The family of Wayne Gretzky, former professional ice hockey player and coach, are also big supporters. 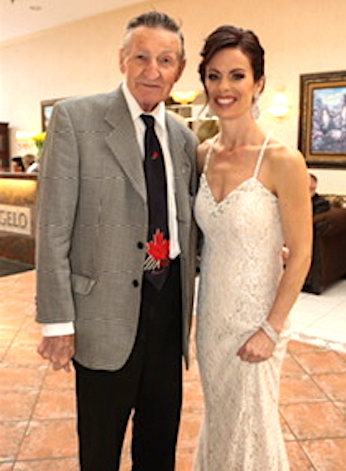 Outside of fundraising I know you also work at a gym called Ideal Bootcamp. Can you tell me how you got into that?

After my diagnosis, the doctor recommended that I start doing more exercise. I had been suffering with depression and he believed it could help both my physical and mental state.

I began to follow a strict training and diet regime, and the results were substantial. My movement and mental state improved significantly, and I was able to come off medication for depression.

In the ten years prior to my diagnosis I had done little physical exercise. I never thought I would end up working in the health and fitness industry, but I love it. The Ideal Bootcamp is not your typical gym. There is absolutely no intimidation, everyone is welcome – all shapes and sizes. It’s such a supportive environment, I’ve had several people come up to me and tell me I’m their inspiration. They say: “If you can do it [get fit], then there’s no excuse, we can all do it.”

What is the biggest challenge that you face with Parkinson’s?

The lack of understanding. People assume that Parkinson’s is an old man’s disease. Until last year my Parkinson’s was invisible, so it was hard to share what was happening on the inside. It was a real internal struggle.

Do you have any advice for others who have been diagnosed with Parkinson’s?

You have to talk about it. Never feel like you’re alone and you can’t share. It’s a scary time, you’re going to need help and support.

Read more: Brian Grant on living with Parkinson’s: “My biggest fear is embarrassing my kids”

Let’s Shake is an annual Parkinson’s fundraiser that is held in Ontario, Canada. Since conception the event has grown significantly, raising over $250,000.

I didn’t understand how it could be. I was only 45, I didn’t think people could get Parkinson’s that young. I was completely lost

Forget Euro 2016 and the Copa, there’s another tournament in town