Part of the album was an excuse to talk to my mother very frankly about it. If you go to see your parents on the weekend, you don’t want to launch into a very heavy discussion about the condition. 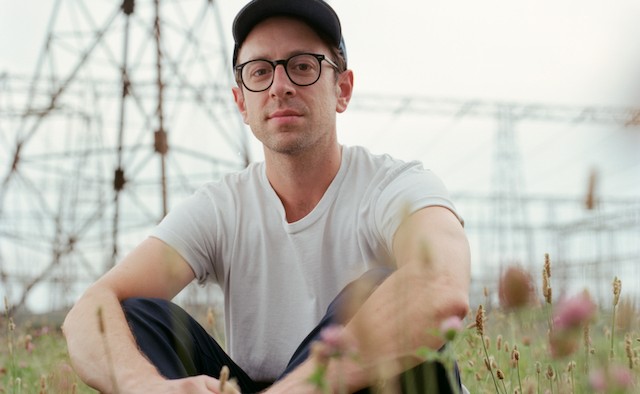 Last year, Canadian musician Joseph Shabason sat down for a frank and open discussion with his mother about her Parkinson’s. The interview inspired the creation of his album ‘Anne’, where he used music to explore her condition and try and make sense of it.

Joseph shares the importance of having those difficult conversations, the “overwhelmingly positive” response to his music so far – and why he hopes his album will encourage others to share their “personal, anecdotal stories about Parkinson’s”

Hi Joseph, can you tell our readers a little about yourself and your music?

I’m a musician in Toronto, Canada, and I’ve been making music with different bands since high school – which is a long time as I’m 36 now. I’m in two bands, called Destroyer and DIANA, and I also make music under my own name. I’ve played and toured in a lot of rock bands and I write music for movies, TV, and ads.

In your album ‘Anne’, you turn interviews with your mother about Parkinson’s into music. What inspired you to do so?

I wanted to use the album as a platform to talk about Parkinson’s. Part of the album was an excuse to talk to my mother very frankly about the condition. If you go to see your parents on the weekend, you don’t want to launch into a very heavy discussion about the condition. I think doing it in the formal setting of an interview gave us permission to open up and chat about it in a very honest way.

With my album ‘Anne’, I found a way to treat the conversation musically, tucking it into the nooks and crannies of the songs.

Were there any parts of the interview that were particularly challenging?

The parts that I found really difficult were the way she views herself and her Parkinson’s. Sometimes she blames herself for certain things – and I think that is because she believes in a higher power. I think she views Parkinson’s as a lesson and as something that she has to work through, and I don’t agree with that at all.

When I see her put her Parkinson’s into that context – rather than accepting that it’s a random genetic mutation – it makes me sad. How can someone heal when they don’t give themselves permission to recognise that it’s not their fault?

I want to tell her that Parkinson’s is not her fault and that she should just be happy with herself because she’s wonderful. But that has to come from her. I can only be there for her and be loving.

What were your mother’s first symptoms of Parkinson’s?

I think her first symptoms were shaking. She was around 51 years old at the time. That’s what prompted her to go in and get tested. She had deep brain stimulation (DBS) about a year and a half ago and it’s been a real gamechanger. DBS has its side effects as well, but it reduces her physical symptoms in a major way. The operation has been a huge success.

Did you know much about Parkinson’s before your mother was diagnosed?

When I met my wife back in 2009, her father had lived with Parkinson’s for quite some time. I saw him slowly deteriorate. It was very gradual because the medication he was on worked very well for him. Before that, I didn’t know much about the condition at all, besides the shaking. You can see the shaking but there’s a humungous number of other symptoms you can’t see.

When your mother was diagnosed, was there enough support available?

There are support groups and mental health professionals to help but at the same time, we have a public healthcare system here. We have access to really amazing stuff, but it can be difficult to access at times. For example, when my mum’s medication wasn’t working it was difficult to get a doctor to see her and adjust it in time.

At first, my mum wanted to treat the condition by going down a different route to western medicine. Parkinson’s isn’t a particularly forgiving condition and unfortunately there’s not much in the way of alternative therapies that are super effective. She had to discover that the hard way in the first few years of her diagnosis.

What was your favourite part of creating the album?

My favourite part was making something that served as a document of my mother talking about her Parkinson’s, herself and her childhood. A very personal and difficult chapter of my mother’s life has been documented and it’s something that my children and grandchildren will always have.

Would you advise other people with family members living with Parkinson’s to also sit down for an interview?

Absolutely. It gives people permission to really be honest and open. The thing I’d recommend most – that’s not always easy – is I think people with Parkinson’s and their family members tend to bury their heads in the sand. You know that it’s a degenerative condition and that it’s going to get worse, but you never fully engage with how bad it’s going to get. So what happens is that you make decisions based on reactions, and that can result in a loss of dignity when it comes to people who have advanced Parkinson’s.

It’s important to plan ahead for bad scenarios. Those are really hard conversations to have but that momentary discomfort is going to make everybody’s lives – family members, caregivers and people with Parkinson’s – so much better. 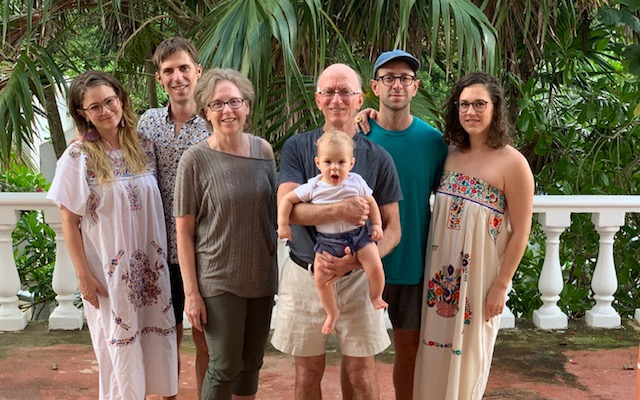 Joseph Shabason (second from right), his mum (third from left) and family

Do you hope that your album will help people engage in these conversations?

When I released the album, I said to my publicist that I would love it if I could use it as a platform to talk to a wider audience about what I’ve gone through. Personal, anecdotal stories about Parkinson’s can get lost, and I’d love for the album to inspire people to have those conversations.

The response so far has been overwhelmingly positive. I was worried that people would find the subject matter too heavy or morbid. It was supposed to be an ultimately hopeful album and I think that has come through.

Is there a particular song that stands out for you?

There’s a song called ‘Forest Run’ and my mum talks about herself and the way she views herself. She comes to this moment where she’s so baffled and she recognises the way she thinks about things is so negative. I tear up every time I hear it, it’s a really personal moment.

Do you think that music and art are helping to raise Parkinson’s awareness and push forward research?

I think music and art have an important role to play just in life. It helps so many people interact and engage in a range of topics that’s not so direct. I think it would be great if more artists – who are more popular than me – engage with the condition and try to raise awareness and money, because we need all the help we can get.

Part of the album was an excuse to talk to my mother very frankly about it. If you go to see your parents on the weekend, you don’t want to launch into a very heavy discussion about the condition.

How Medtronic is pioneering greater personalisation in DBS therapy

The study tested 411 people over a three year period