Despite my brain’s betrayal, I am rather attached to the bloody thing 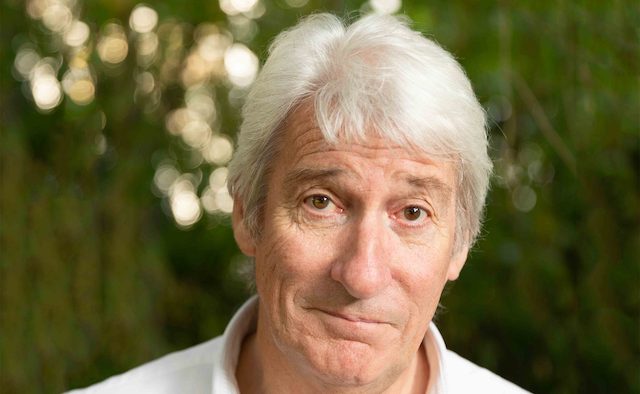 UK journalist, broadcaster and ‘University Challenge’ quizmaster Jeremy Paxman has confirmed he is living with Parkinson’s disease. We find out more about his experience of diagnosis – and how fans, fellow broadcasters and journalists have responded to the news

When UK broadcaster Jeremy Paxman experienced a fall that left him with broken ribs earlier this year, he blamed his dog, Derek, for tripping him. Soon after, Paxman was diagnosed with Parkinson’s disease.

The 71-year-old has confirmed he is now “receiving excellent treatment” for the condition, and that his symptoms are “currently mild”. He added that announcing his diagnosis won’t stand in the way of his work.

“I plan to continue broadcasting and writing for as long as they’ll have me,” said Paxman who, as the host of popular BBC programme ‘University Challenge’, remains the longest-serving quizmaster currently on UK television.

In a column for UK newspaper ‘The Sunday Times’, Paxman reported that he first suspected something was wrong while he was writing, noticing that the “computer screen started filling up with gibberish”.

“I was under the impression that I was elegantly making the case that the English Civil War was not about religion,” he said. “Something had got lost on the journey from brain to keyboard.”

Since joining the BBC in the 1970s, Paxman has earned a reputation for his forthright and incisive interviewing style – with one of his interviews involving a tandem bicycle ride with then London mayor Boris Johnson.

He appears to approach his diagnosis with a similar bluntness: “Despite my brain’s betrayal,” he wrote, “I am rather attached to the bloody thing.”

“Getting the right support in place is key”

Responding to the news, Parkinson’s UK interim chief executive, Shan Nicholas, said: “Parkinson’s is the fastest growing neurological condition in the world, and Jeremy choosing to speak publicly about his diagnosis will do so much to raise awareness of this much misunderstood condition.

“We are glad that he has been receiving the right treatment to manage his symptoms. Getting the right support in place is key to helping people to take control of their lives when they are newly diagnosed.”

Nicholas added that Paxman had already “pledged to donate his brain to the Parkinson’s UK Brain Bank which will, one day, help scientists uncover the discoveries that will lead to better treatments and a cure for Parkinson’s”.

In the meantime, Paxman commented that he had “the consolation of being in the enjoyable company” of Scottish comedian Sir Billy Connolly and Emmy-award winning US actor Alan Alda, who are also living with Parkinson’s disease.

As for scapegoating his dog for the fall that he later realised was a symptom of the condition, Paxman said: “There is one definite beneficiary in all this. I had blamed the dog for pulling me over. Derek is pardoned… until tomorrow’s walk, anyway.”

Fans react to the news

In light of Paxman’s announcement, industry colleagues and fans have declared their support for the broadcaster.

Sending my best wishes to Jeremy Paxman. Hopefully I’ve proved that a diagnosis of Parkinson’s isn’t the end. X https://t.co/4AmN8Ygk4m

The Sunday Times news editor said his honest account of the diagnosis was brave.

Three cheers for Jeremy Paxman for writing so bravely about his Parkinson’s diagnosis. May the walks with his spaniel, Derek, continue for many years to come. ⁦@ParkinsonsUK⁩ https://t.co/ilbb7Fxjbs

And Twitter user James Lee commended him for raising awareness about the condition.

Jeremy Paxman was so patient behind the scenes with all the contestants on University Challenge. He understood what it meant to everyone to be there & meet him

And now using his diagnosis to raise awareness @ParkinsonsUK: he has my admiration once again.https://t.co/1U4oAnjQ0Y

Despite my brain’s betrayal, I am rather attached to the bloody thing

The late UK entertainer faced diagnosis with an “upbeat” attitude