Everyone deserves to be represented and recognised 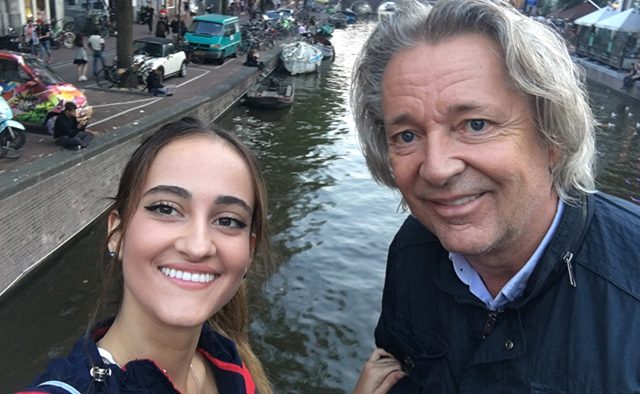 UK-based filmmaking student Nina Caprice shares how her father’s Parkinson’s diagnosis inspired the creation of her upcoming short film, ‘P is for Paradise’

Tell us a bit about yourself and what drew you to filmmaking.

My name is Nina Caprice and I’m currently a film student at Arts University Bournemouth, UK.  Although my mom is Angolan-Portuguese and my dad is Dutch, I was born and raised in Spain.

When I was younger, every night before I fell asleep my dad would make up stories or share his own anecdotes. I remember my favourite thing in the world was visualising those stories in my head to create imaginary shows.

When I was around nine, I was watching TV and saw a group of people holding cameras, surrounded by equipment. I asked my dad, “What’s their job?” and he replied, “They’re filmmakers.” The fact that there was a craft in which I could project my thoughts onto a screen to create films was mesmerising.

At age 11, I started a YouTube channel called PinkPawsTV, where I uploaded short skits that I made with toys. I decided I’d be pursuing filmmaking in the future – and with my dad’s help, here I am.

Tell us about your planned documentary, ‘P is for Paradise’.

‘P is for Paradise’ is the documentary I’ll be presenting as my university graduation film project. It’s about the fear of loss – and my family’s experience with this after my dad was diagnosed with Parkinson’s, entering a battle of acceptance through which he had to redefine his identity.

The film will follow the relationship between me and my father, Cornelius, as we bring back the memories from my childhood through conversations and photographs.

At first, I was reluctant to introduce myself in the film, but I concluded that this wasn’t just a film about Parkinson’s – it was a film about family and how the condition has disrupted our dynamic. 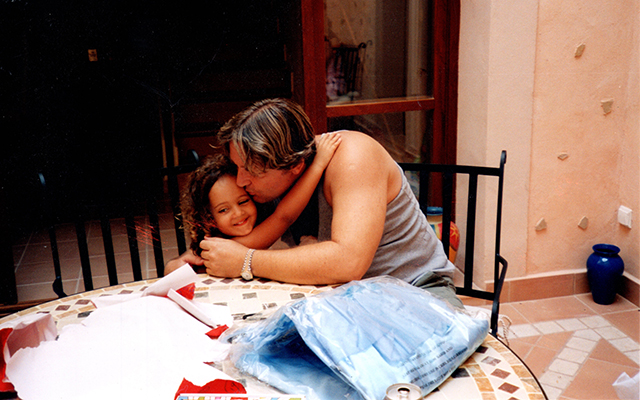 My dad was diagnosed five years ago at the age of 58, after my mum had started noticing he was limping and dragging his left leg. When he realised that his facial expressions had changed, making it harder for him to smile in front of the mirror, he eventually visited the neurologist.

The day of his diagnosis, the doctor said: “I’ve got bad and good news for you, Cornelius. The bad news is you’ve got Parkinson’s. The good news is you’re not going to die from it.”

My dad was expecting it. My mum’s world fell apart.

He has accepted his diagnosis since the beginning and believes in living with the disease, rather than fighting against it. He’s an extremely positive and optimistic soul – a quality I admire. 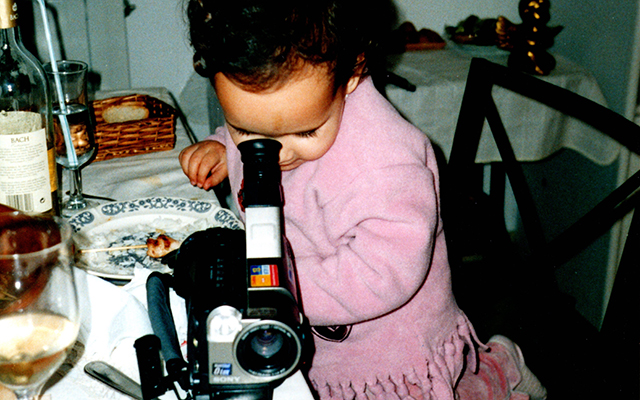 Nina has been interested in filmmaking since she was a child.

How has your father’s journey with Parkinson’s impacted you?

I’ve always been close to my dad but now I find that our calls are longer. I do ask ‘why?’ more than I should – it’s inevitable to feel sad at times, but I feel like it’s made me grow up.

It sounds cheesy, but I’ve learned to live in the moment. It’s good to think about the future, but it can also be very consuming. We focus so much on what we could have that we forget what we do have, and time has no mercy.

Why did you decide that a documentary was the best way to share your father’s story?

It stemmed from my dad’s idea to start a YouTube channel featuring workout routines that help his symptoms, which he hoped could benefit and inspire other people with Parkinson’s.

When I started working on an idea for my university graduation film, I thought it would be interesting to remake his idea into a film exploring his outlook on life. It was a way of expressing my gratitude and admiration towards him.

Because we’re flying a crew over to Spain for 10 days to shoot, we had to consider expenses. We crowdfunded for four weeks, raising over £5,000 and exceeding our goal. It’s been stressful at times, but I can safely say the hard has work paid off. Crowdfunding is a great way to reach out to the public, as it forces you to reflect on what you’re trying to communicate in a way that’s efficient and appealing.

As a filmmaker, there are two main routes you can take: fiction films and documentaries. I love fiction and have developed scripts in the past, but the rawness and spontaneity documentaries offer filmmakers captivates me more.

Film is the way I’ve learnt to express myself – and for this story, a documentary allows me to best communicate our reality. 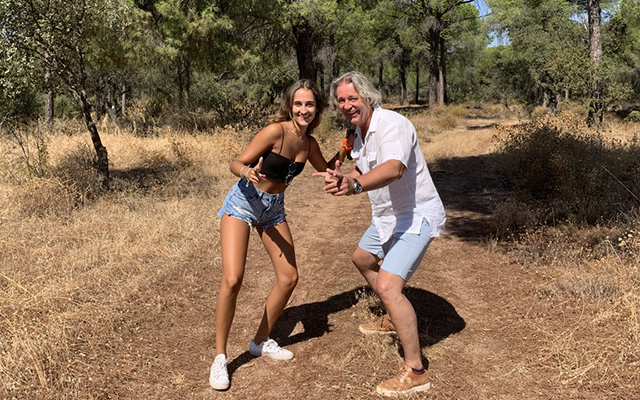 Why is it important to you to raise Parkinson’s awareness?

Raising awareness is important to me for two reasons. The first is that I want to help find a cure, by encouraging people to donate to help research. The second is that everyone deserves to be represented and recognised.

This is a condition that can strip away people’s sense of individuality. It’s important to share the challenges they may face, but it’s also essential to display the efforts people with Parkinson’s make every day to overcome their struggles.

The aim of ‘P is for Paradise’ is to inspire, motivate and encourage everyone to cherish, love and celebrate life. I hope this documentary reaches people’s hearts.

Nina Caprice is a filmmaker currently studying at Arts University Bournemouth, UK. Born in Palma de Mallorca, Spain, to an Angolan-Portuguese mother, Marisa, and Dutch father, Cornelius, she has been creating films since she was a child. Now in her final year of her course on film production, she is working on a documentary about her father’s experience of Parkinson’s. Find out more about her upcoming film, ‘P is for Paradise’.

Everyone deserves to be represented and recognised A light-hearted documentary called ‘Parkinson’s: The Funny Side’