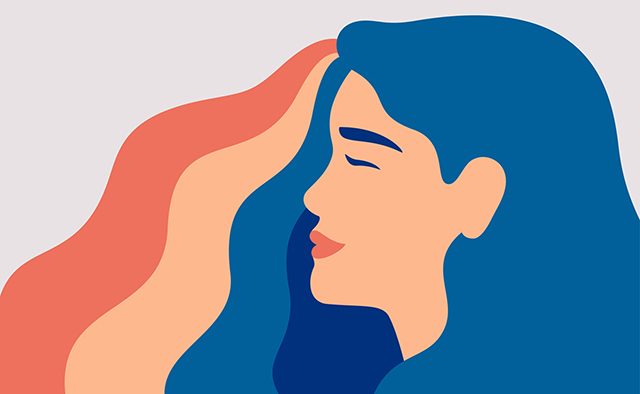 Caitlin Nagy, from Toronto, Canada, shares how pregnancy and a young onset Parkinson’s diagnosis led her on a “journey of self-acceptance” to love her body and boost her confidence

When I was told I had Parkinson’s around seven years ago at 33, I didn’t accept it. I was in denial and didn’t share my condition with anyone – other than close friends and family – for six years. I was ashamed and avoided medication for years.

Most of the world’s understanding of Parkinson’s is that it’s an old person’s condition. I remember being in the movement disorder specialist’s office and just being in a room with all these older people, thinking: “This is not where I’m supposed to be.” I wasn’t ready to acknowledge it. Then I got pregnant.

Pregnancy took over my whole body. My symptoms had first started with a shake in my left wrist, which gradually began to impact function down the entire left side of my body. I was able to sustain living with these symptoms at first. But when I was pregnant, I couldn’t even walk across the room or dress myself.

The most frustrating thing was that nobody knew what to do with a pregnant woman with Parkinson’s. In Canada, there’s still not a lot of research on women and Parkinson’s; we need to start investigating further how it affects men and women differently. The doctors weren’t sure whether taking Parkinson’s medication would be safe for the baby, so I didn’t. I needed to ensure that my daughter was okay and that we would get through the pregnancy.

It wasn’t easy. You’re full of hormones that are already making you feel low about your body, and adding Parkinson’s to that was challenging. There were some really dark moments. I’m glad I had an incredible support system in my husband and family to get through it.

After having my daughter, my symptoms made it difficult to do things such as feed her or carry her, so I decided to start taking medication. It’s made a significant difference. From then, it’s been an interesting journey of self-acceptance and self-love. Living with this condition brings so many lessons and experiences. 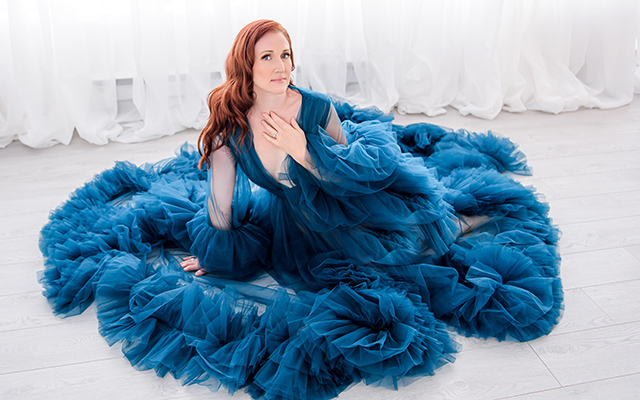 Caitlin challenged herself do a boudoir shoot, to prove she still loved her body.

“I now have a different perspective on my life”

I felt very insecure and uncomfortable with my body throughout the majority of my 30s. I had a lot of embarrassment around anything I did, which was difficult because I used to love performing. But I’m turning 40 this year, so I made a New Year’s resolution to do something to prove to myself that I still love my body. This resulted in challenging myself to participate in a boudoir shoot, an intimate style of photography.

I did a lot of research and found an agency in Toronto, Canada, called Boudoir Atelier, to do the photoshoot. All the staff was women, which was important to me because I wanted to relate to them specifically.

The day of the shoot was one of my worst symptoms days of the month. I was really nervous and didn’t want to be there. Thankfully, it was an entirely supportive environment. I was fully pampered – whether it was getting my hair and makeup done or being coached by the photographer. I felt like a celebrity. After I eased into the experience, it was fun. Taking photos while dealing with Parkinson’s symptoms hasn’t been something I’ve enjoyed, so when I reviewed all the shots afterwards, I felt incredible. I couldn’t believe I looked like that! 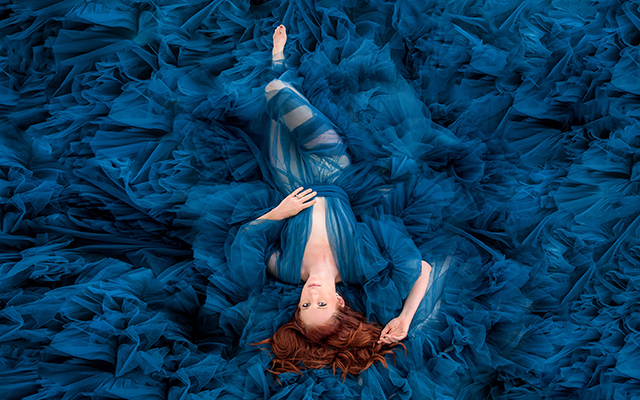 Caitlin says the photoshoot has “created such a huge shift in me in terms of accepting my body”.

When I left the studio, I felt this wave of happiness and excitement, and this weight lifted off my shoulders. Since then, I’ve had this motivation to feel more confident around people and do a lot of work on body image. It’s created such a huge shift in me in terms of accepting my body and loving it for the way it is. I’m now starting my own creative agency and business branding website, which is something I’ve always wanted to do.

The response to the pictures I posted on Instagram has been very positive. Many friends with Parkinson’s have said they feel motivated to do the same thing. Other women have reached out and told me they’ve felt inspired. It’s helped create a lot of great conversations.

I now have a different perspective on my life and what is valuable and worth living for. Before, when I was asked about my condition, I would go into defence mode. But now I’m comfortable saying: “I have Parkinson’s – and this is what it looks like”.

Caitlin Nagy, diagnosed with Parkinson’s in 2015, lives just outside of Toronto, Canada, with her husband and daughter. She is the founder and manager of Creative by Caitlin, a creative agency that develops brands for entrepreneurs and small businesses. She encourages anyone who wants to ask questions or talk about their experiences with Parkinson’s to connect with her.

It is estimated that three million women worldwide live with Parkinson’s. Yet, their specific needs and experiences are often ignored, leading to disparities in diagnosis, treatment and medication. Our campaign shares the little-heard stories of women with the condition to find out how their lives are affected by a shocking data gap regarding women and Parkinson’s. This is just the start.

For more information on women and Parkinson’s, please visit the Parkinson’s Europe website.

Are older women with Parkinson’s disease left out of discussions?