It is essential that people with Parkinson’s keep their voices strong, especially during the pandemic when people are more isolated 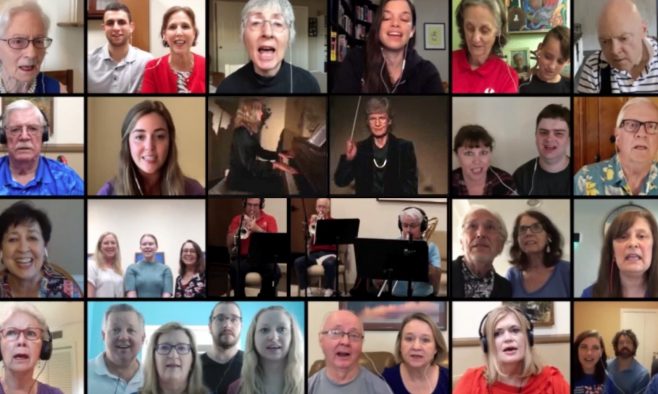 We hear how Parkinson Voice Project, a non-profit based in the US, is inviting singers from the global Parkinson’s community to take part in a virtual concert

Every year since 2006 Parkinson Voice Project, a US non-profit that specialises in speech therapy for people with Parkinson’s, has hosted a choir concert. The ‘Sing Out!’ event brings people with the condition and their family and friends together to perform a mixture of original songs and covers, helping to give a voice to Parkinson’s community.

The pandemic disrupted plans for last year’s show, and the organisation decided to move the concert online. Now, for the second time, the choir will gather for a virtual performance – and on Saturday, 6 November, 367 people from the community will ‘sing out’ from all over the world.

According to Samantha Elandary, founder of Parkinson Voice Project, the concert isn’t the only part of the organisation that has been impacted by Covid-19. But for the team, some of this impact has been positive. “The pandemic has accelerated Parkinson Voice Project’s progress,” says Samantha. “Our free speech therapy clinic has successfully transitioned to a ‘telepractice’, and we are conducting all therapy online.”

Research suggests that as well as speech therapy, singing can support speech and communication in people with Parkinson’s. But during the pandemic, says Samantha, many people have been “missing their in-person speech and singing groups, and they need to connect with others”.

Moving online has helped the organisation to expand its reach further to members of the global Parkinson’s community: “We have been able to reach hundreds of patients each week,” she says. “This was impossible before the pandemic. It’s amazing how technology is making quality speech treatment more accessible to people with Parkinson’s worldwide.” 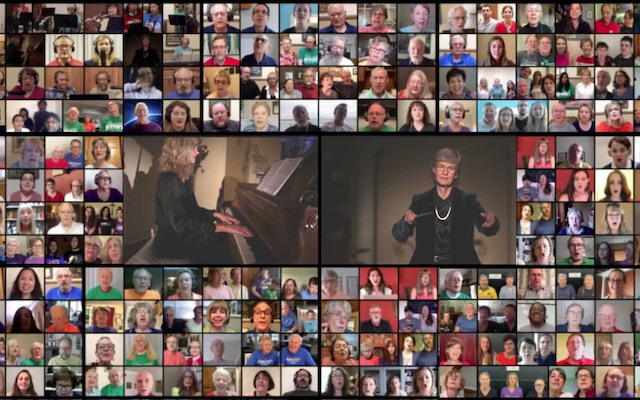 “This is how the speech is preserved in Parkinson’s”

For Samantha, connecting with the global Parkinson’s community helps to offer a sense of unity among people of many “different backgrounds and cultures”.

“The speech deficits affecting Parkinson’s population are universal,” she says. “In fact, 90% of people with Parkinson’s struggle with communicating effectively and swallowing safely.”

Parkinson Voice Project aims to raise awareness of the “very serious” ways that Parkinson’s can affect speech – and help to provide resources to address these challenges through therapy. “Our ‘Speak Out!’ therapy programme has been clinically proven to improve speech,” she says. “And since the muscles used for speaking are the same as we use for swallowing, patients often notice improvements in chewing, controlling their saliva and swallowing.”

Samantha hopes the concert can raise awareness about the benefits of exercising the voice: “It is important that people with Parkinson’s receive individual speech therapy and exercise their voices every day,” she says. “This is how the speech is preserved in Parkinson’s.”

Ultimately, Parkinson Voice Project team hopes the concert will provide a rewarding experience for the choir – and help to illuminate that “speech therapy for Parkinson’s population is about so much more than being heard and understood”.

To learn more about how Parkinson’s can affect the voice, visit Parkinson’s Europe website.

It is essential that people with Parkinson’s keep their voices strong, especially during the pandemic when people are more isolated