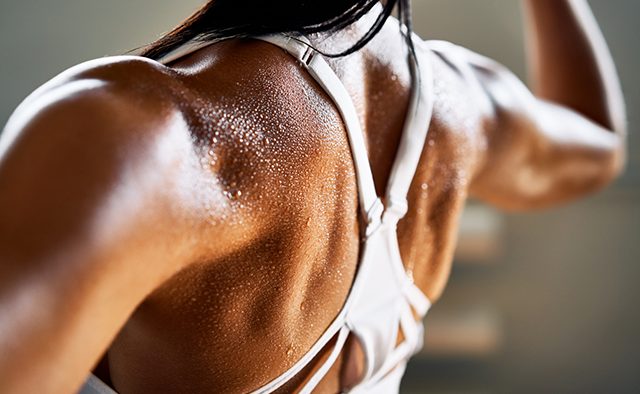 Many people in Parkinson’s community recognise how important exercise is for management of the condition. From yoga to boxing to golf, options are aplenty for people wishing to incorporate more physical activity into their routine. But what’s actually happening when people get moving – and why can it have a positive impact?

According to a new study from the US, the answer may lie in ‘irisin’ – a hormone which is secreted in the muscles during exercise.

A team working between Johns Hopkins University, Harvard Medical School and the Dana-Farber Cancer Institute, US, have found that irisin might prevent the build-up of alpha-synuclein proteins. Because accumulation of these proteins can lead to brain cell death, stopping their build-up may support the preservation of nerve cells – and help to ease motor symptoms of Parkinson’s.

As irisin is secreted in much the same way in both humans and mice, researchers created a mouse model to investigate the effects of the hormone. When injected with irisin, the models were shown to have 80% reductions in alpha-synuclein clumps in their brain tissue compared to those given placebos.

“The results of this study are significant,” commented Dr Katherine Fletcher, research communications manager at charity Parkinson’s UK, “because although we know that physical activity and exercise are beneficial for people with Parkinson’s, it’s currently unclear how this impacts the cells and processes in the brain that are contributing to the condition.”

Therapeutic options for the future?

“The study sheds some light on how a hormone produced during exercise might be acting to protect vital brain cells from dying,” added Dr Fletcher.

While the researchers found that irisin administered by injection crossed the blood-brain barrier – blocking the formation of alpha-synuclein clusters – crucially, the hormone had no effect on alpha-synuclein monomers (small molecules that can join together), which are thought to be important in transmitting nerve impulses.

“Given that irisin is a naturally produced peptide hormone and seems to have evolved to cross the blood-brain barrier, we think it is worth continuing to evaluate irisin as a potential therapy for Parkinson’s and other forms of neurodegeneration,” said one of the study’s authors, Dr Bruce Spiegelman of the Dana-Farber Cancer Institute.

Although the findings do support the therapeutic value of exercise and naturally produced irisin to people with Parkinson’s, Dr Fletcher added that “it’s unclear from these results if exercise alone would generate enough irisin to have protective effects – or if using other means to boost this hormone might be a more realistic therapeutic option in the future”.

The research has been published in PNAS, the peer-reviewed journal of the National Academy of Sciences.