We think the results get at not only whether dance intervention works, but why it works and why it might be especially relevant for Parkinson’s disease 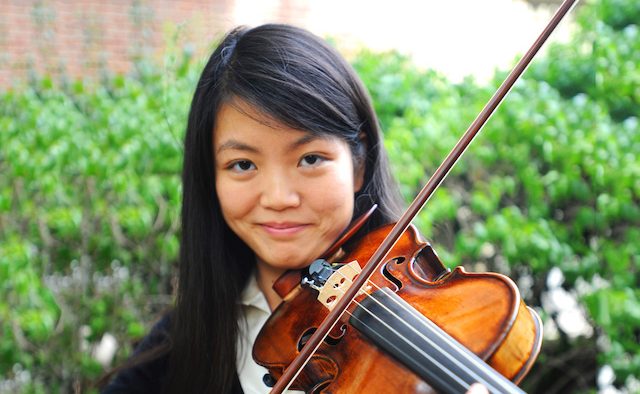 A classical violinist and pianist from a young age, Dr Psyche Loui has combined her love of music with a desire to help people through science. Now leading research into the cognitive neuroscience of music in Boston, US, she tells us about her recent study – which suggests “dance intervention” may benefit people with Parkinson’s disease

What drew you to a career combining neuroscience and music?

I have played classical violin since the age of seven and piano since the age of five – and I currently play in the Longwood Symphony Orchestra, which is the Boston Area’s orchestra for medical professionals. I’ve always loved music and artistic pursuits, but I also love science and the idea that scientific research could be used to help people.

At university, I started taking neuroscience courses and realised that they offered a set of relatively objective tools to think about seemingly subjective questions – questions about who you are, why you like the music that you like. This led me to do an undergraduate thesis on the electrophysiology of music listening, which then sparked my interest, in graduate school, in the field of music perception and cognition.

Tell us about your new study into dance, rhythm and Parkinson’s.

This study came about when one of my students – a dancer and neuroscience major – approached me with the idea of studying Parkinson’s disease for her thesis. We designed the study together.

What did your study reveal about the impact of ‘dance intervention’ for people with Parkinson’s?

We tested a group of individuals with Parkinson’s before and after four months of dance intervention and we found that they indeed showed a reduction in Parkinsonian symptoms – not only in motor symptoms but also in non-motor symptoms.

Our next hypothesis was that those with better rhythm might respond better to dance intervention. We tested this hypothesis with rhythmic listening tasks, and also by asking people to tap their fingers to music. Those with a better sense of rhythm tended to be better at detecting the beat from musical stimuli and also more consistent at tapping their fingers in time to music. We saw that those who were better at finger tapping also showed more of a reduction in Parkinsonian symptoms following the dance intervention.

We think the results get at not only whether dance intervention works, but why it works and why it might be especially relevant for Parkinson’s disease.

What is the most interesting thing you’ve learned about the relationship between music, dance, rhythm and the brain?

In general, our research shows that people are remarkably good at learning the patterns of music just from listening to it. The brain can pick up the statistical properties of musical sounds, such as which notes follow which, in as few as 20 minutes.

But people are also very attached to the music they already know and love. The brain is much more active and engaged by the music that someone chooses to listen to – which tends to be the music that one knows best.

What do you enjoy most about the research your lab conducts?

I like the idea that the research can be translated towards interventions that can improve human health and wellbeing. I also love the process of working with my students, lab members and colleagues to ask questions about music and the brain that haven’t been asked before.

These activities can have social and emotional as well as neurological benefits. I would definitely encourage incorporating dance and music as early on in life as possible – and as consistently as possible.

Dr Psyche Loui is a researcher, musician and associate professor of creativity and creative practice at Northeastern University in Boston, US. She directs its Music, Imaging and Neural Dynamics (MIND) laboratory, which studies the cognitive neuroscience of music. A pianist and classical violinist from a young age, she is currently a member of the Longwood Symphony Orchestra – the Boston area’s orchestra for medical professionals.

For more information about creativity and Parkinson’s, please visit the EPDA website.

We think the results get at not only whether dance intervention works, but why it works and why it might be especially relevant for Parkinson’s disease