So we lie here, every minute feeling like an hour, counting down until the next possible opportunity to get back on the oars and out of this terrible place. If there is a living hell this is it. 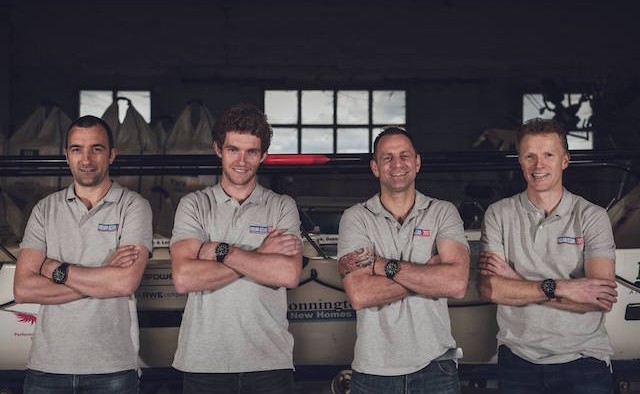 Robin Buttery – who has Parkinson’s – is part of a four-man crew rowing the Indian Ocean to raise funds for the condition. One month into their journey, we report on how they’re dealing with the highs (“amazing night skies”), the lows (sea sickness and strong winds), and the completely unexpected (being hit in the face by a flying fish)

On 6 July 2018, Robin Buttery – who was diagnosed with Parkinson’s at 43 – and his crewmates Billy Taylor, Barry Hayes and James Plumley set off from Western Australia in an attempt to row 3,600 miles across the Indian Ocean.

Parkinson’s Life team has been following the crew’s progress via their regular blogs and livestreams – here are the highlights of the story so far.

Days one – three: “Without all the vomiting it would be a really amazing experience”

The crew sets off from Geraldton, Australia, at 8:06am local time. They are escorted by the Geraldton Volunteer Marine Rescue boat to ensure they make it safely to deep waters.

The first couple of days are tough for the crew, as their bodies are put to the ultimate test in difficult waters. Writing on their blog, Barry Hayes says: “It’s pretty tricky for your body to adjust to life on a rowing boat at sea. A couple of us have gotten seasick, which although expected is a very unpleasant experience.”

Despite the choppy waves and sea sickness, the crew makes good time and is through the Abrolhos Islands inside 24 hours, which they weren’t expecting.

Once the difficult conditions clear up, Barry says the team enjoys glimpses of whales, dolphins and even some shooting stars. “We were treated to the most amazing night skies. The Milky Way clear as day, trillions of stars and the occasional shooting star. Without all the vomiting it would be a really amazing experience.” 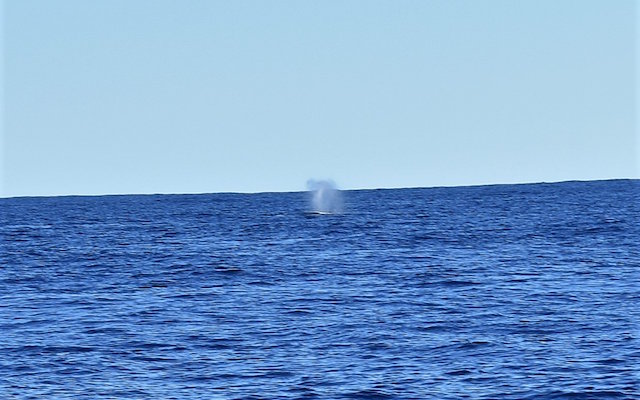 The team enjoys a glimpse of a whale.

The crew has started to get into its new routine, and has adopted a ‘two hours on, two hours off’ system.

Billy Taylor, the skipper on the boat, says: “It always takes a few days for the body to start getting into the swing of things, especially the pattern in which we are rowing and sleeping. Two hours never seems enough to start with, but you do get into it quite quickly. The only thing stopping Barry from sleeping now is James’ snoring!”

The crew begins to worry about its toilet facilities, with Billy fearing  “a misplaced poo thrown into a badly judged wave” – Robin keeps morale high with some karaoke.

The team is also buoyed by the unexpected news of England’s World Cup performances, and disappointed at the prospect of missing them making the final.

The crew is making good progress thanks to a strong current pushing them in the right direction, and are enjoying the daily sunrises at sea. 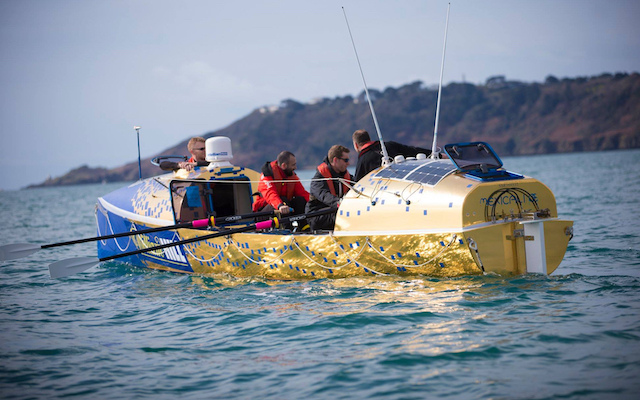 The team gets into their new routine.

Day nine: “This is not the plan”

Progress is slow and morale low, as strong winds push the team back towards its starting point in Geraldton, Australia. The rowers make the decision to drop the sea anchor, which will help them maintain their position — but inevitably hampers their progress.

Billy says: “Our progress over the last few days is far from what you would call impressive. For some time we have been heading backwards. This is not the plan.” 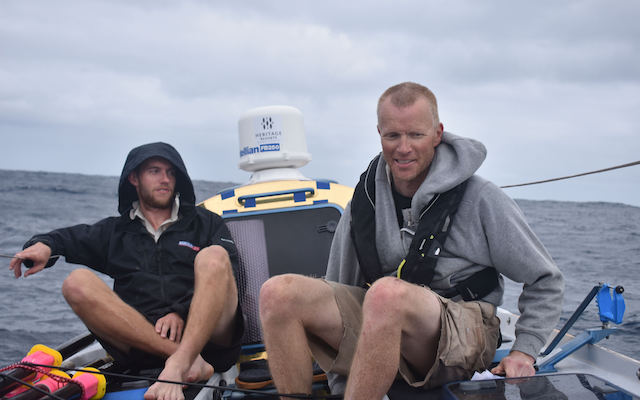 Days eleven – sixteen: “If there is a living hell this is it”

The team has to use the sea anchor for the fifth time due to continued bad weather — and is forced to take shelter in the cabins on board. Due to Robin’s symptoms, he resides in the forecabin by himself.

Barry says: “The rest of us are sharing the rear cabin, which is just about the worst place on earth right now; not wide enough for all three men to lie down next to each other.

“So we lie here, every minute feeling like an hour, counting down until the next possible opportunity to get back on the oars and out of this terrible place. If there is a living hell this is it.”

Some comedic relief is provided — as James gets hit in the face with a rogue flying fish while on deck. 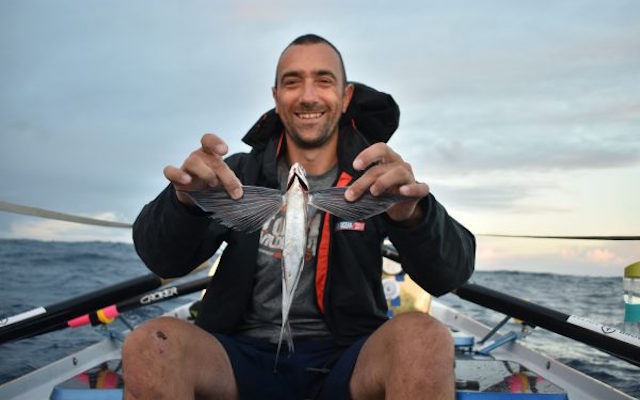 Day nineteen: “Just the routine of being able to inch our way to the end goal is a joy to me beyond words right now”

Morale is on the rise as the crew begins to make progress towards Mauritius. After days of “living hell”, Billy says it is exactly what the team needs. “Just the routine of being able to inch our way to the end goal, to be able to just row for two hours, cook and eat easily, and then sleep in relative comfort is a joy to me beyond words right now.”

To add to the rowers’ joy, they also catch a glimpse of an underwater rainbow. Barry says: “The whole thing was just 10 feet from the boat. I know that you can’t chase and catch a rainbow, but the beginning and end of this rainbow were literally right next to me and it felt like I could jump into it!” 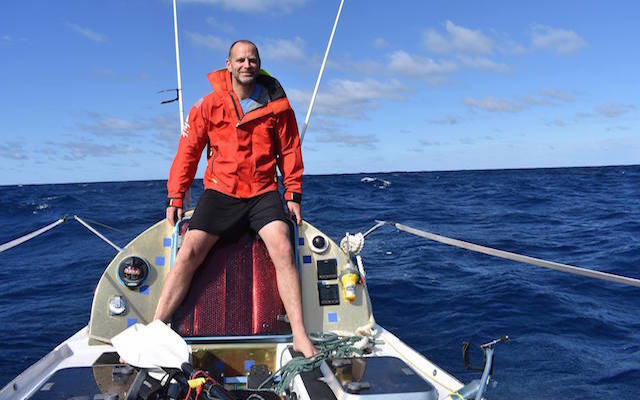 Billy Taylor on a morning shift.

To keep up to date with all the team’s goings on – or to donate to the Indian Ocean Row 2018 – visit the official website here.

So we lie here, every minute feeling like an hour, counting down until the next possible opportunity to get back on the oars and out of this terrible place. If there is a living hell this is it.