I’m very lucky to be rowing with such great guys 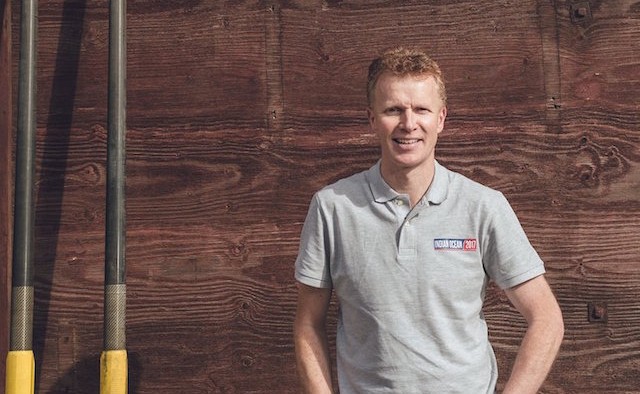 Robin Buttery, who was diagnosed with Parkinson’s aged 43, recently rowed 3,600 miles across “the beast that is the Indian Ocean”. After finally reaching dry land – and raising thousands of pounds for the condition in the process – we look back at his personal blog highlighting the journey from a ‘Parky’ perspective

On 6 July 2018, Robin Buttery and his crewmates Billy Taylor, Barry Hayes and James Plumley set sail from Western Australia – marking the beginning of what would be a gruelling 3,600-mile journey across the Indian Ocean.

Robin provided a unique Parkinson’s perspective in his personal blog posts ­– as he detailed how the challenge made him more aware of his condition than ever. Parkinson’s Life team look back on some of the most significant parts of his journey.

“Thanks to everyone who helped, donated, or just told us we were mad”

It’s a bumpy start for Robin, who finds himself having difficulties en route to Australia – before even stepping onto the boat. He is stopped at customs, something he attributes to “a flustered look, a slight stagger and a tendency to shake” that he believes make him look suspicious. Robin jokes that he also has a bag full of “enough drugs to knock out a couple of elephants”.

Having managed to navigate customs successfully, Robin enjoys landing in Australia – and the team’s first sight of the ocean.

Robin reflects on the impact his Parkinson’s is having on him mentally, shining a light on the difficulties people with the condition face every day.

He says: “What is this blog about? Christ I don’t know, I was hoping someone might point me in the right direction, Parkinson’s usually can and usually causes cognitive issues, such as memory loss and your chain of thought.” 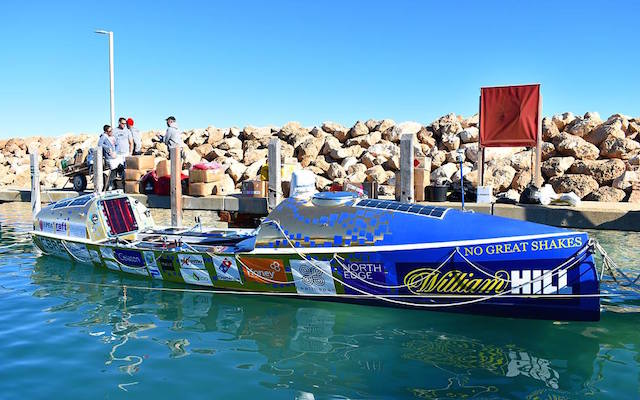 The crew prepares to set off on their journey.

The crew set off from the safety of Geraldton Harbour, and embark on their journey across the Indian Ocean. A gathering of well-wishers see them off, and it’s not long before the enormity of the task ahead dawns on Robin. He reflects: “So from now on it’s down to us, three men, a Parky and a boat.”

Problematic weather conditions hamper the team’s progress a few days in, but Robin struggles with bigger problems – his Parkinson’s is making life difficult. He says: “As I predicted cramps have been problematic, mostly legs and feet sometimes while rowing which can be painful but can be worked through.”

“I wasn’t aware until this year that most if not all sea sickness medication available over the counter is not suitable for people being treated for Parkinson’s disease. If you need medication you will need to see your doctor and ask for a prescription for Champagne, that’s right you heard it here first, that’s the cure.” 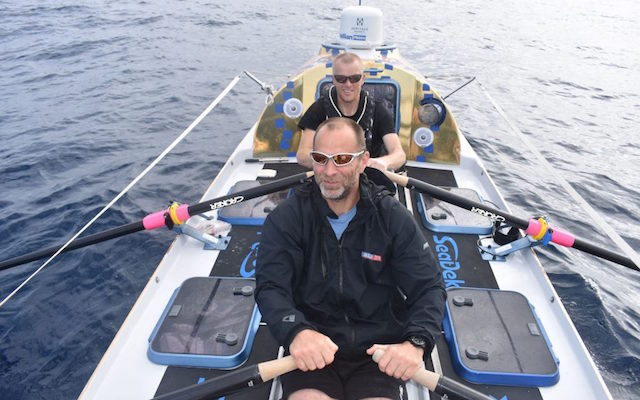 “Have we just passed a Shell garage forecourt?”

Two weeks in, and the journey is starting to take its toll on Robin. He experiences hallucinations and begins to question whether they’re a result of exhaustion or are side-effects of his Parkinson’s medication.

Although he is having a difficult time at sea, Robin doesn’t allow it to dampen his spirits: “It often felt like I had a couple of high sider lorries either side of me, have we just passed a Shell garage forecourt?”

Despite rowing in such challenging circumstances, Robin believes the experience has a positive effect on his condition. “Rowing during the day has lots to entertain and look at for stimulation of the brain.

“When rowing at night your body returns to some form of calm, you appear to row better or more consistently, it begins to feel effortless, it feels quieter.” 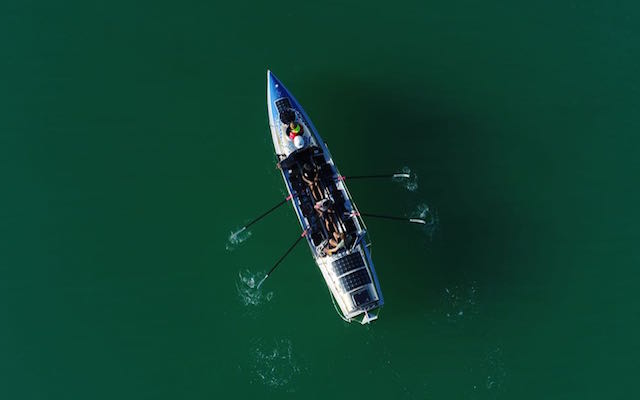 The team rowing across the ocean.

“I’m very lucky to be rowing with such great guys”

As the group approach the two-month mark, Robin feels his body slow down. It takes him far longer to get dressed and he fears he’s reaching the point of exhaustion – this is exemplified when he finds himself falling asleep during a rowing session with James.

Robin admits to under-medicating too. His GP wouldn’t prescribe him the amount he needed to last the voyage, and suggested he get some halfway through. Robin jokes: “We have seen a lot of things on the Indian Ocean but pharmacies, so far, zero.”

After taking some new tablets, Robin is delighted to feel his health improving. He feels guilty about not pitching in as much as the others and is delighted to be back at the oars. “The team told me not to worry and that I’m not letting them down,” he says. “I’m very lucky to be rowing with such great guys.” 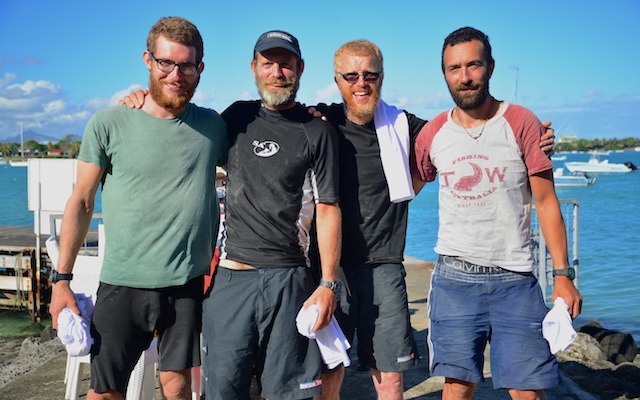 Robin and his team mates – Barry Hayes, Billy Taylor and James Plumley – after completing the challenge.

To read more about the team’s journey – or to donate to the Indian Ocean Row 2018 – visit the official website here.

I’m very lucky to be rowing with such great guys

The civil rights leader reflects on his Parkinson’s diagnosis

Painting a picture of life with Parkinson’s