Thanks to all who came, contributed, and challenged themselves to always focus on what they can do 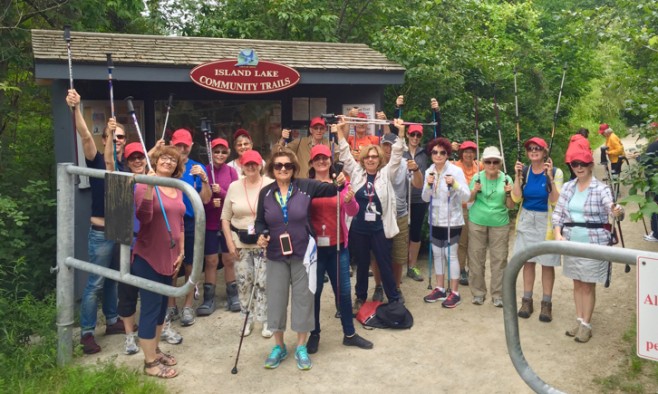 During the summer, 12 people with Parkinson’s disease enjoyed five nights and six days with physical therapy specialists at the beautiful Hockley Valley resort in Ontario, Canada. Josefa Domingos, movement disorders physiotherapist and one of the facilitators on the retreat, tells us what they got up to

The first annual StepUp2PD Exercise Retreat in Ontario, Canada was a resounding success. Living with Parkinson’s disease can often feel like taking one step forward and two steps back – but what’s important is to always strive to stay one step ahead.

Thanks to all who came, contributed, and challenged themselves to always focus on what they can do.

Read more: The body-popping dance class that helps people “forget” they have Parkinson’s

Thanks to all who came, contributed, and challenged themselves to always focus on what they can do