The movement has begun, and we are not going to stop! 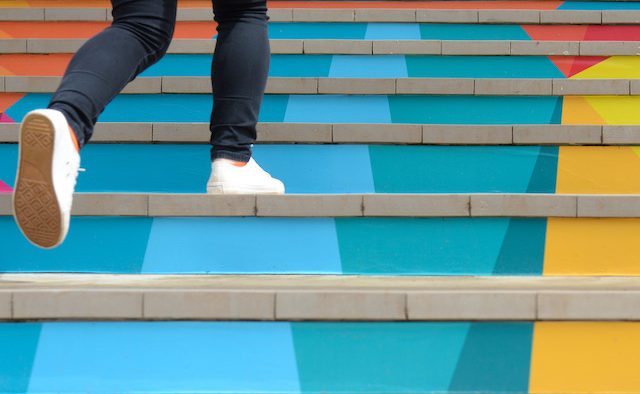 ‘In my shoes’, a new campaign from Spain-based group Con P de Párkinson, could help women with Parkinson’s take the first step to sharing their condition with the world – and find solidarity with others

The saying is as old as time: “Before you judge someone, walk a mile in their shoes.” Now, a new social media campaign is using its own version of this message to help empower people with Parkinson’s disease – and support women to speak openly about the condition.

Created by Con P de Párkinson, a Spain-based collective of women with Parkinson’s, the ‘In my shoes’ campaign offers a “starting point for women with Parkinson’s to make themselves known to the world”. Involving short videos shared across social media, a radio show where people can speak about the campaign and a meeting to discuss its results, the campaign also aims to offer women a platform for sharing “their intentions to start on a path from which they will not give up”.

To take part in the campaign, people are invited to don their favourite pair of shoes, record a video of their feet as they walk, dance or jump and share it on social media with the hashtag #inmyshoesconp.

Using channels such as their blog to reach a greater audience, the group wants to give a voice to women with Parkinson’s around the world. “The collaboration of all adds up so that our message reaches health and social services professionals, therapists, researchers and society as a whole,” explain the members of Con P de Párkinson in their mission statement.

The team hope the campaign, which is open to anyone who wishes to take part, will help them work toward this goal: “Our voice will be powerful from the unity of action.”

Contributing to this voice is Helena Bianco’s song ‘Voy a Salir a la Calle’ – translated to ‘I’m Going Out to the Street’ – which the team will use to accompany a video highlighting the experiences of women with Parkinson’s. The lyrics emphasise the campaign’s message: “I look in the mirror and there is no more fear. You must not be silent – never again.”

Awareness about the unique issues facing women with Parkinson’s – such as challenges with menopause, pregnancy and not being heard by doctors – has often been neglected. But for many years, women with the condition have been working to have their experiences recognised. As the ‘In my shoes’ campaigners write: “The movement has begun, and we are not going to stop!”

Now, many women have already taken advantage of the opportunity to highlight what it might look like to ‘wear their shoes’.

In her submission, Instagram user leer_y_otras_historias rotates through a variety of costumes and dance moves:

While Instagram user yess_andres highlights the importance of seeking support from loved ones:

The movement has begun, and we are not going to stop!