A lot of articles focus on issues like working life, motherhood, menstruation – and none of that impacts me as a woman in my 70s 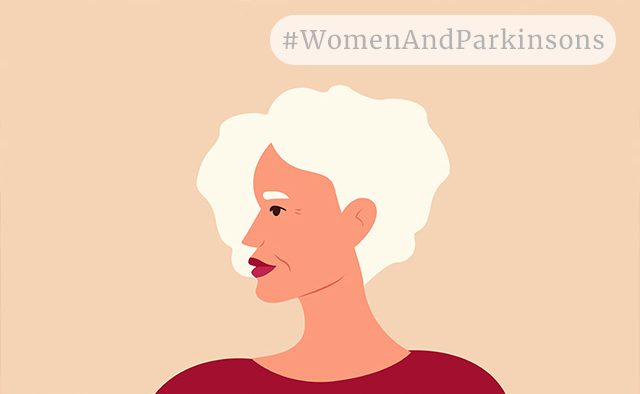 UK resident Pam Archer was diagnosed with Parkinson’s at the age of 74. As a former nurse whose sister lives with the condition, she said she already had some understanding of its progression – but when she looked for information about women with Parkinson’s, she found that almost all of it focused on the experiences of younger women

I was 74 years old when I was diagnosed with Parkinson’s in 2021, which ironically happened during Parkinson’s Awareness Week.

A year or two earlier, I had become aware that the fingers on my left hand would sometimes shake. I knew a bit about the condition because my sister was diagnosed twenty years ago, so I was aware that this could be a sign – but it wasn’t enough to make me seek advice. Then I noticed that my forearm had developed an occasional shake, and my shoulder hurt if I tried to reach for things. Typing also became harder, especially with my left hand. This was during COVID-19; because of the restrictions, we were advised that we shouldn’t go to the doctor unless necessary, and my symptoms were only gradually developing – so I avoided it. I didn’t panic, but I was beginning to think I might have Parkinson’s.

When the neurologist eventually told me I did, I felt lucky, in a way, because I was 15 years older than my sister had been when she was diagnosed, and I was probably better informed than a lot of people.

I’ve not kept my diagnosis a secret. I think some people expected me to be different and appeared a bit surprised. Maybe they expected me to shake more. I found that people were asking me how I was in a more concerned tone, and I’d reply, “Oh, I’m fine!” because I was, and I still am.

“It makes me feel invisible”

Now, I read anything I can find about women and Parkinson’s, but usually the articles are about younger women. Of course, I am deeply worried about how many people in their 50s, 40s, 30s and even their 20s are being diagnosed with Parkinson’s. But a lot of articles focus on issues like working life, motherhood, menstruation – and none of that impacts me as a woman in my 70s. It makes me feel invisible.

I am still a woman. We can expect to live for many years as older women; I’ve already been one for 20 years and could have another 20 ahead of me! I want to know if Parkinson’s affects me differently compared to men of any age. Even though I’m definitely not the only older woman going through it, it sometimes feels that way because I can’t find anyone describing it. 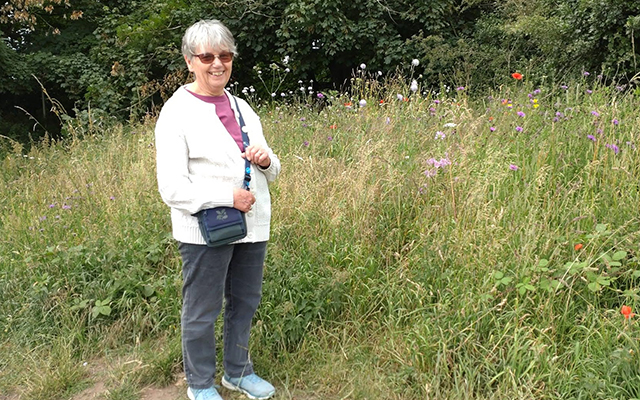 I have my sister as a role model. Twelve years after her diagnosis, things seemed to take a turn for the worse. She seemed tired more often, and her mobility was deteriorating. It later became apparent to her family that she could no longer live alone, and she moved into a care home. During COVID-19, my sister wasn’t allowed visitors – not even a hairdresser – and her world began to shrink. She developed dementia, which often goes alongside Parkinson’s.

As her condition progressed, we all adapted in our interactions with her, but our relationships weren’t that different at all. Her attitude has really helped us as a family – she never expected to be treated any differently.

Because of my sister’s experiences, I have taken a keen interest in Parkinson’s – and since my own diagnosis, I’ve been exploring it from a different perspective. Though everything I’ve read about the condition has been highly interesting and informative, it doesn’t impact me as an older post-menopausal woman.

I’ve begun to feel that perhaps people think it doesn’t matter if older women are treated differently to men. What I really want to know is if we experience Parkinson’s differently.

Things like finance and pensions still do affect women differently, and it has been pointed out that women have been more adversely affected by Covid-19 in some ways. Then there are questions around medication – do we need different doses at different stages? If we are all getting the same doses regardless of gender or size, could this be affecting older women more?

As one of the original ‘Baby Boomers’, the generation born post-war, I have been a feminist since the 1970s. Perhaps it’s just a coincidence, but many of my generation became feminists. Younger women who may benefit from this are probably unaware of how things used to be. I’d like women with Parkinson’s to be able to communicate more openly and honestly. We all have two important things in common: our gender and our condition.

When it comes to older people being diagnosed with Parkinson’s, it seems to be only about older people – which we are. But even older women aren’t just variants of men.

Pam Archer, who was diagnosed with Parkinson’s in 2021, is a retired nurse and health promotion specialist based in the West Midlands, UK. Now, at the age of 75, she is involved in local politics and a volunteer in a group which campaigns on behalf of people with neurological conditions.

A lot of articles focus on issues like working life, motherhood, menstruation – and none of that impacts me as a woman in my 70s

Ingrid Roesner on speaking up with Parkinson’s disease