As my dad’s Parkinson’s progressed, he lost touch with his creative side 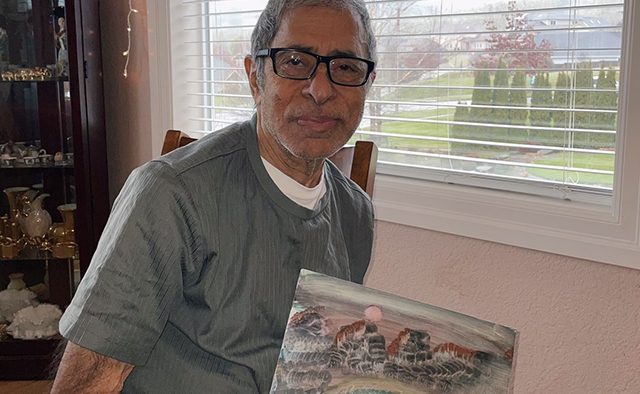 Physicist and actor Manju Bangalore tells us how her father’s Parkinson’s diagnosis inspired her to found Painting With Parkinson’s, a non-profit that offers art supplies and virtual classes to people with the condition

How did your father’s Parkinson’s diagnosis impact your life?

My brother and I were pretty young when we found out – around 12 or 13. When he told us, lots of things made more sense as to why he wasn’t functioning the same way as he had in the past.

Watching the progression of his condition has been hard to watch. I remember once my dad was presenting an award at my school when, suddenly, he stopped talking on stage. People my age started booing him and I remember sobbing in the audience, but I couldn’t get through the crowd to help him.

So, if there’s anything I can do as a secondary caregiver, I want to make sure I’m doing it – because I want him to live a life that he feels is fulfilled and satisfying. 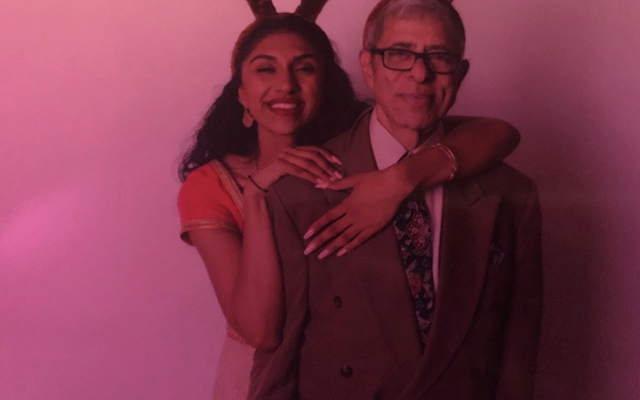 Manju wants to make sure her father lives a life that is “fulfilled and satisfying”.

What inspired you to set up Painting With Parkinson’s?

Although my dad’s working background is in agriculture, he’s always been very artistic. But as his Parkinson’s progressed, he lost touch with his creative side. I started reading up on the potential benefits of art therapy for people with the condition and decided to create a therapy programme with art at the core of what we do.

What does the programme involve?

When people apply on our website, they receive a painting kit that lasts for a year, with 12 canvases, plus paints and brushes. Then, you can either paint independently or join our online classes twice a month. We have two volunteer instructors and they’re both fantastic.

What is the most rewarding part of running Painting With Parkinson’s?

I think there’s a stereotype that exists around people with Parkinson’s which assumes their drawing or writing won’t be legible or identifiable. And although tremors can make it difficult to maintain a steady hand, you can still paint something beautiful. I think everyone is an artist, so it’s great to be able to work with people who are either rediscovering that or discovering it for the first time.

At the end of the lesson, people hold up their paintings, and it’s so much fun to see everyone’s work. Even if it’s not completed, or it didn’t turn out exactly as they wanted, the important thing is they still did it ­– they created something. 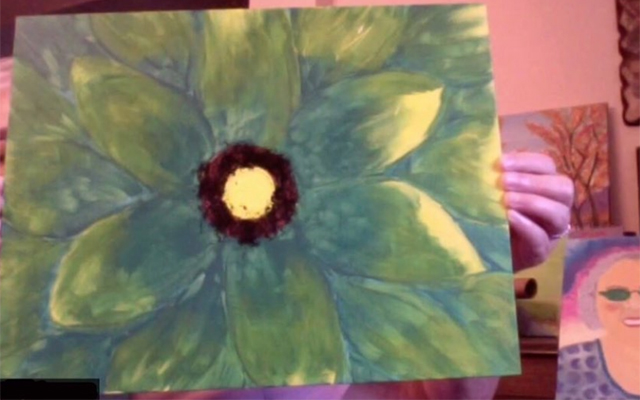 A member of Manju’s class shares her painting.

Have there been any challenges?

The funding is always a challenge but that’s the case for most small not-for-profit groups. We qualify for some art therapy grants, but a lot of Parkinson’s grants are for research which is absolutely as it should be. So I spend a lot of time trying to convince potential investors that people with Parkinson’s are worthy of investment.

Do you get good feedback?

We haven’t done any internal surveys but people keep returning every lesson, and actively want to build a community with each other, so that’s a good sign. People really respect the programme and understand its value. And that’s why they want to show up.

What are your hopes for the organisation in the future?

I really want to see the programme expand – we love welcoming new faces! – and I want to be able to provide painting kits right away to everyone who requests them. To do that, we just have to keep spreading the word about the programme, and keep persuading people to invest in us.

With a degree in physics and maths, US-based Manju Bangalore hopes to travel to space as an astronaut one day. She is also an actor and was crowned Miss World California 2019. Manju runs two non-profit organisations in the US, one of which is an art therapy programme called Painting With Parkinson’s which Manju founded in 2020 in honour of her father, who was diagnosed with Parkinson’s over a decade ago. Participants’ work can be viewed on Instagram.

As my dad’s Parkinson’s progressed, he lost touch with his creative side

A platform for creativity in Parkinson’s disease community